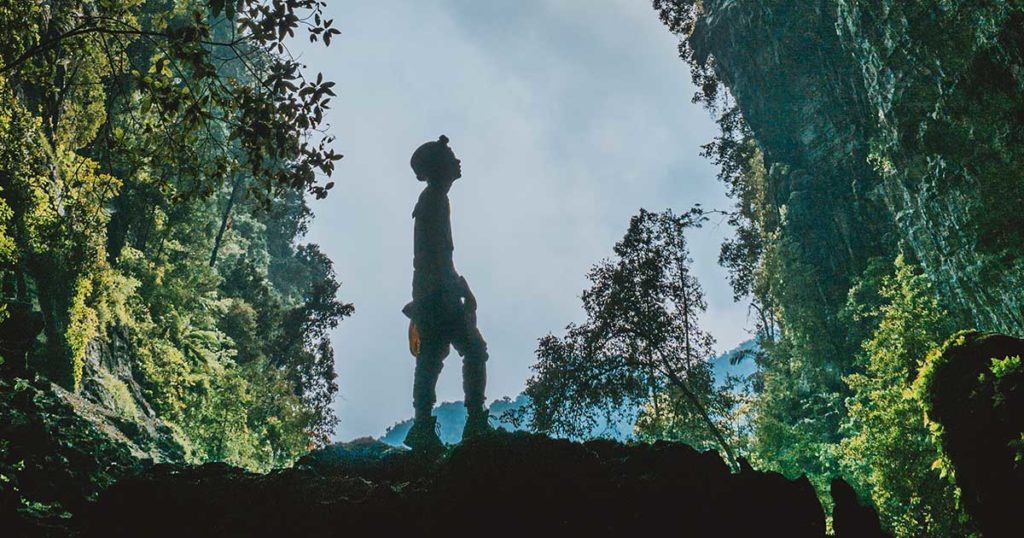 When Pope Francis canonized Pope St. Paul VI and St. Oscar Romero on October 14, many people were excited to see two saints from recent memory commemorated. But what a lot of people might have missed from the canonization ceremony is that there were five other men and women who were declared saints on that day. It’s understandable that when a pope and a martyred archbishop are declared saints, some of those that are lesser known may be overlooked! What’s interesting is that, of the other five saints, two were priests and two were nuns. That leaves just one other saint canonized that day, St. Nunzio Sulprizio. 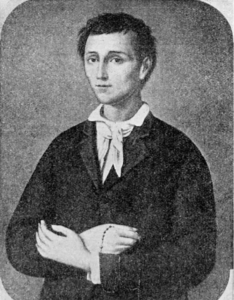 However, he wasn’t a priest, and he wasn’t martyred for the Faith either, as the other saints were. In fact, he was only nineteen years old when he died, by far the youngest of all those canonized on October 14. When taking a look at the witness he gave during his short life, it becomes clear why the Church has now officially recognized him as a saint.

St. Nunzio was born in Italy in 1817. From a young age he had to face much suffering, especially in regards to his family. His father died when he was only three years old, and his baby sister tragically died only a few months later. While his mother eventually remarried, his stepfather had a certain disdain for the young Nunzio, and the two did not have a good relationship. His stepfather treated him most unfairly.

Tragedy struck again just before Nunzio’s sixth birthday. His mother unexpectedly died, and Nunzio was sent away to live with his maternal grandmother. Nunzio by this time was already falling in love with our Lord and the saints thanks to some of the priests at his local school. His grandmother continued to foster that love for Jesus as he lived with her. Despite her being illiterate, she was able to pass on the Catholic Faith to Nunzio in a powerful way with simple witness.

Unfortunately, Nunzio had to endure another death in his family, and this time it was his grandmother. She died three years after she had taken him in, and the little boy was sent to live with his uncle. It was here that Nunzio had to bear much physical suffering. His uncle was a blacksmith, and had Nunzio become an apprentice, but his uncle’s temper was short. Nunzio was the victim of countless beatings and abuse, which of course led to Nunzio becoming sick very often.

It got so bad that his leg eventually became infected with gangrene and he was hospitalized for months, but he still received little sympathy from his uncle. However, through it all, he offered up his sufferings to Christ. In all his biographies, we never see any inkling of Nunzio giving into despair. Like many of the great saints, he saw that through his own suffering, he was able to unite all of it to Christ’s Passion on the Cross.

So often in our own lives, we try very hard to avoid suffering. The world often asks what the point of suffering is. But if we’ve been reborn in Christ, then we know that our suffering can certainly have merit. St. Thérèse of Lisieux, also a young saint, once said:

When Jesus told us that we would all have to take up our own crosses to follow him, this implied that we, too, would suffer in some way, just as he did when he was nailed to the wood of the tree. We may not all suffer in the same way though. Some may deal with psychological issues, and others with physical deformities or diseases. Others have to deal with certain vices. But what makes the Christian different from the non-Christian in experiencing these things is knowing that we can unite these trials and tribulations that we hold in our hearts to the Sacred Heart of Jesus.

Through the Incarnation, God was able to share in what we experience. God worked and learned a trade, he laughed, and he cried. It’s also accurate to say that God experienced pain, and ultimately death. He did this all as a human person, Jesus Christ. So when we suffer, God knows exactly what we are going through. Jesus experienced these things as well when he walked the earth, as he is both fully God and fully human. In his Apostolic Letter, Salvifici Doloris, Pope St. John Paul II reflected on how St. Paul “rejoiced in his sufferings” (Colossians 1:24) for the sake of others. John Paul II observed:

“In the Body of Christ, which is ceaselessly born of the Cross of the Redeemer… It is suffering, more than anything else, which clears the way for the grace which transforms human souls. Suffering, more than anything else, makes present in the history of humanity the powers of the Redemption. In that ‘cosmic’ struggle between the spiritual powers of good and evil, spoken of in the Letter to the Ephesians (Eph. 6:12), human sufferings, united to the redemptive suffering of Christ, constitute a special support for the powers of good, and open the way to the victory of these salvific powers” (SD, 27).

St. Nunzio realized the special nature of his suffering in relation to that redemptive suffering which Christ endured. One can only imagine how much the young saint endured as he sat in a hospital bed for months. But instead of turning inward to himself, he turned to Christ. He knew his own suffering would have a great effect on those around him.

We do this ourselves during Lent. We deny our bodies of something, and we offer it up, knowing that human souls can be transformed by such an action. That’s what it means to be part of the Body of Christ. We’re all united to each other, and this allows us to work together, helping the one among us that might be feeling depressed or is hurting in some other way. When we deprive ourselves of some pleasure during penitential seasons like Lent (or really, any time of year), we find ourselves playing a part in Christ’s plan. He uses us as instruments in helping others walk on the narrow path to salvation.

This is especially true during the month of November, which we as Catholics devote to the Poor Souls in purgatory. Since they can’t pray for themselves, we do penance for them. That’s why we are able to obtain indulgences, which can be offered for those same souls. In the life of a Christian, suffering never has to be pointless, and St. Nunzio exemplified that reality, even at such a young age.

Always Be in Good Spirits

How often have we become irritated when something goes wrong in our daily routine or plans, causing us to suffer a little bit? We forget that this is a moment to offer that up as a prayer, as a sacrifice, to God! Far from having gangrene or being beaten, we get bent out of shape with so called “first world problems”. And because we’re annoyed or irritated, we forget that we can offer these things up to our Lord. The witness of a young teenager like St. Nunzio should really give us some food for thought.

While he was in the hospital, he was able to meet his father’s brother, Francesco Sulprizio. St. Nunzio quickly bonded with his uncle, and the two became as close as any father and son could be. Unfortunately, St. Nunzio never fully recovered from his bout with gangrene, and frequently suffered from fevers. Eventually, when he was eighteen, it was determined that his leg would be amputated. Through it all, he remained cheerful, recalling the words of St. Philip Neri:

“Cheerfulness strengthens the heart and makes us persevere in a good life; wherefore the servant of God ought always to be in good spirits.”

During his teen years, his uncle Francesco introduced him to St. Gaetano Errico, the founder of the Missionaries of the Sacred Hearts of Jesus and Mary. St. Gaetano promised the young saint that he would permit him to enter into the order when the time was appropriate. But our Lord had other plans for St. Nunzio, and he never was able to enter the order. He finally succumbed to his ailments on May 5, 1836, which is also the day his feast day is celebrated. Following his death, several popes heralded his example to other young people, especially laborers. Blessed Pope Pius IX declared him a Servant of God in 1859. Interestingly enough, Pope Paul VI presided over the beatification in 1963. It was definitely fitting that they both would be canonized on the same day almost fifty-five years later. The pope spoke very highly of the “little lame saint” during the ceremony, and how he should inspire young Catholics:

“[W]e are keen to make sure that those two prerogatives of Nunzio Sulprizio – of being young and of being a worker – can be associated with sanctity. Can a young person be a saint? Can a worker be a saint? On the contrary, it will be even more interesting if we succeed in discovering that this dear elect of ours was not only worthy of beatification, although young and in any way a worker, but precisely because he is young and because he is a worker…

“[I]t will be good to make friends with this dear Blessed, and humbly think how we should approach his heavenly conversation and how we can also follow his earthly itinerary.”

May His Witness Live On

St. Nunzio shows us that sanctity can be found at any age and in any profession. He didn’t need to be a priest or religious like the other men and women that were also canonized on the same day. He didn’t need to live nearly as long either. His Christian witness should encourage and inspire us, now knowing that we can achieve the same holiness that he obtained in our own states of life.

He is now known to us as one of the elect in heaven, interceding for us here on earth. St. Nunzio, pray for us!

A Closer Look at Saint Luke