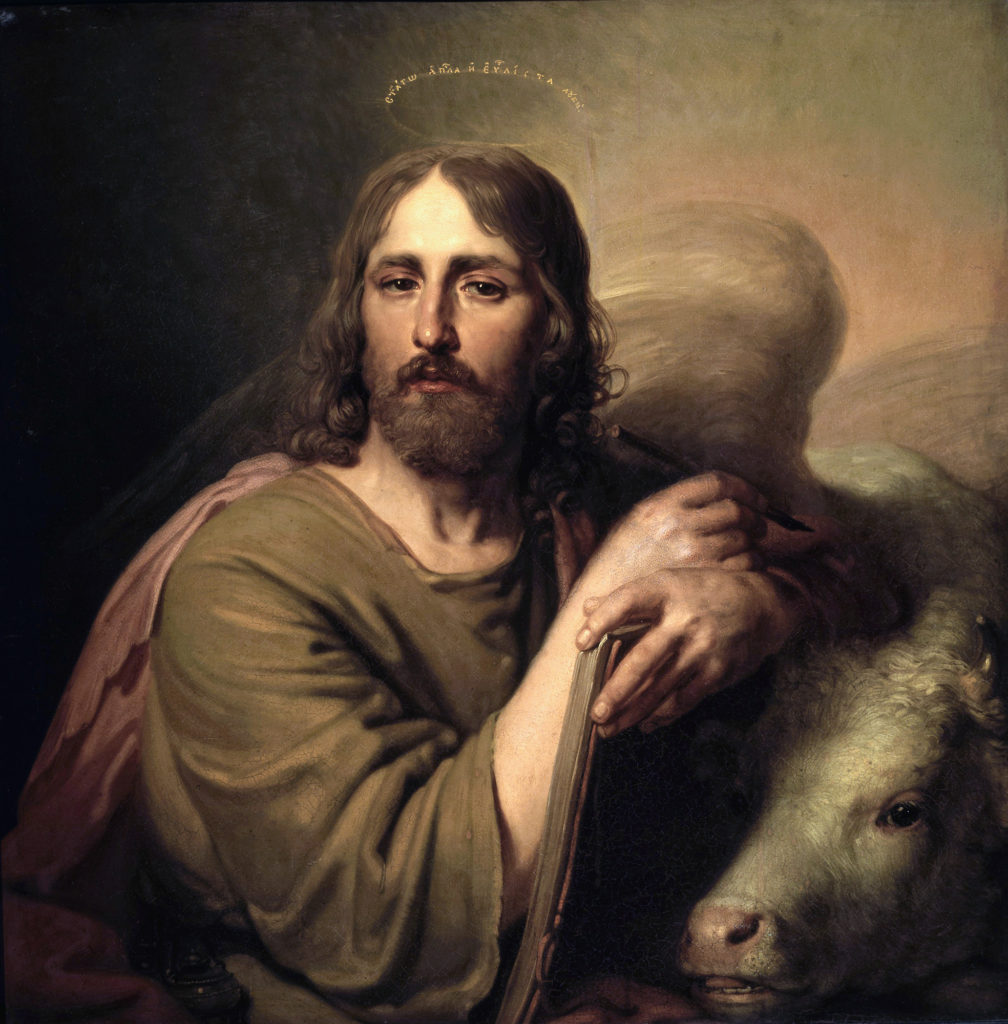 I know, you are probably thinking about the Gospel of Luke. Most people know that it is attributed to St. Luke. It is a bit obvious, after all. However, many may not know that the Gospel is the first half of a two-part story. The second half of which is found in the Acts of the Apostles. St. Luke’s tale of Christ and the Church is epic.

You might be tempted to assume that since he wrote all of that, and was such a huge contributor to the New Testament, that he must have been an apostle, and fairly close to Jesus. But, that is not the case. It is likely that he never actually met Jesus in the flesh. Here are some more interesting things you might not know about St. Luke.

St. Luke Was a Gentile

How do we know this? At the conclusion of his letter to the Colossians, St. Paul wraps up with an “everyone here says hi” section. In it, he makes a distinction between those who are “of the circumcision” (i.e. Jews) and those who are not. St. Luke is in the uncircumcised group, thus a Gentile. And yes, by modern standards, designating your friends as circumcised or uncircumcised does seem a little odd.

St. Luke Was a Physician, and Is the Patron Saint of Physicians

In Colossians 4, Paul refers to Luke as “the beloved physician.” It stands to reason then that he was indeed a physician, as it was not a nickname common to the time. If Luke was not actually a doctor, it would be an odd thing to say. So, we can be reasonably sure he was indeed a physician. Contrary to modern ideas, a physician of the first century would have had a great deal of knowledge.  He would have been skilled in the cleaning and treatment of wounds and other skin issues. Additionally, he would have known which herbs could bring relief to common stomach issues, or might help with nausea. Writing between 129 and 199 A.D., the Roman physician, Galan, was even performing successful cataracts surgeries. He also wrote about the proper steps to prepare a room before surgery, so as to prevent contamination. It seems the ancient world knew about infection, and took steps to avoid it.  So, Luke would have been a very educated man.

The truth is, when you hang out with St. Paul, and write a good portion of the New Testament, people begin to assume that you are just Paul’s secretary. For Luke, that was not the case. Luke first appeared in Acts 16:8. At that point he meets Paul, and they set out in mission together, but is clear that Luke was already an evangelist.

I need to clarify one thing. If you open Acts 16:8 and look for Luke, you are not going to find him. His name is not mentioned. Instead, as the author, his telling of the story changes from “they” to “we.” The conclusion that most scholars make from this is that this is the point in which Luke joins Paul’s work. Why do we think he was already an evangelist at this point? In Acts 10:9 Paul has a vision of a Macedonian begging him to come Macedonia and help.  Luke relates that:

“we sought passage at once, concluding that God had called us to proclaim the good news to them.”

If he had not already been an evangelist, it is likely that the conclusion would have been that Paul was called to preach, not Luke and the rest of the company as well.  More evidence is given in Acts 16:17 when a demon who had possessed a slave girl calls him out, among the other missionaries, as “slaves of the most high God, who proclaim to you a way of salvation.”

St. Luke was a Humble Man

I am inferring here, but it seems I am on pretty solid ground. Think about it. Luke was a highly-educated man of his time, and an evangelist in in his own right. But, when Paul comes along, we do not see a power struggle. No, it is obvious that God had placed an extraordinary mission on Paul’s life and far from looking for his own acclaim, Luke becomes the chronicler of the mighty things that God was doing through Paul. There is no hint of Luke seeking recognition for the sacrifices the he himself was making. There are no anecdotes about Luke’s personal struggles. The level of humility it would take to accomplish that is great.

St. Luke is an incredible saint, and through his hands God chose to reveal so much of the New Testament. Next time you are reading Acts of the Apostles or the Gospel of St. Luke, take a moment and ask for his intercession.

St. Luke, pray for me, that I might have a love of Christ and a humility of heart, as you did.

You May Just be Seeing the Tip of St. John’s ‘Iceberg’

Ephesians: A Letter to the Children of God
What Christ Means by Remaining in His Love
A New Covenant and the Coming of the Holy Spirit
Christmas, Easter, and Pentecost are Equal in Importance
Has Ascension's free media strengthened your faith?
You can now offer ongoing support for this content with a recurring gift.
Support Ascension