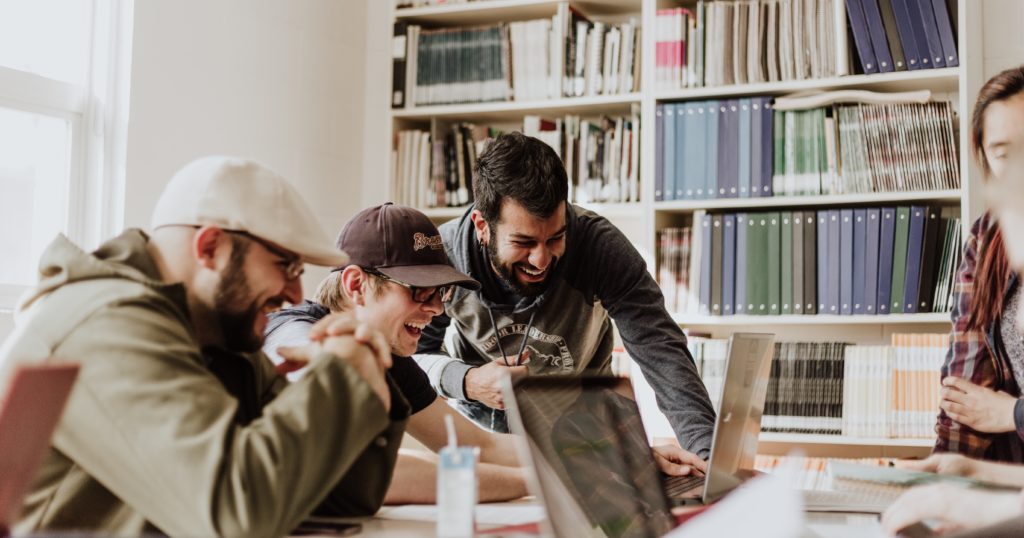 At the beginning of my sophomore year of high school, Facebook became available to non-college students for the first time. It was revolutionary. We had always been taught not to share anything about ourselves online, but Facebook required us to have our school listed by our name. We were supposed to upload pictures of ourselves and construct a biography. It was madness.

You know how the story goes. Social media grew and diversified until the majority of the world was on one of its iterations. This has had huge benefits, including connecting our world in ways previous generations couldn’t have imagined, and providing us with the digital continent to which we can share the gospel. But it’s also led to lots of issues. In this age of influencers, we have the specific issue of how to be authentic online.

So what should a Catholic know about being authentic on social media? I can sum up the answer in one word: virtue.

Here’s where I would normally define my term, but there are lots of long, sort of boring definitions of virtue that tend to overuse the phrase “comes from the Latin word”. Instead of including one of those, I’m going to use what the saints have said about virtue to explain what it is, and how we can apply it to social media.

“In the case of the virtues, sir, it is very easy to pass from defect to excess, from righteous to being rigorous and rashly zealous.” ‒St. Vincent de Paul

Virtue is a medium between two extremes. Once you’ve moved away from one extreme, it’s easy to swing to another.

For example, someone who struggled with cowardice might be inclined to do something dangerous to prove they are brave. Courage would be in the middle between cowardice and foolhardiness. But because we are people and not machines, we tend to swing from one extreme to the other. The trick is to swing like a pendulum, and hopefully become a little less extreme each time, until you stop in the middle.

You might have actually seen someone do this on social media before. Perhaps for awhile they post only carefully curated posts, intended to show that their life is perfect without blemish. This is obviously a lie, and can actually prevent connections from forming or even cause others to have false expectations about how their life should look. Then, perhaps all at once, they begin to post intimate information about themselves. This is harmful because we shouldn’t give all of ourselves to everyone, and especially not to internet strangers.

The virtuous approach is to share what is appropriate to share with anyone online and save the more intimate bits of yourself for your friends. Unfortunately, there are no black-and-white guidelines on exactly what should and should not be shared. That’s why you have to develop virtue.

“Virtue is a good habit consonant with our nature.” ‒St. Augustine

God designed us to be virtuous. Sin makes us want what is bad for us. So while we might know that we shouldn’t share a deeply personal detail with the world, we do it anyway. In this example, we would need the virtue of prudence and fortitude. Prudence helps us discern what is really good for us, and how we should go about attaining it. Fortitude keeps us firm in difficulties and constant in our pursuit of the good.

Augustine also says that virtue is a habit. This is both good and bad news. It’s bad because starting a new habit can be frustrating. But it’s good because once the habit is formed, it’s easier to do. So in this situation, I would be a virtuous social media user if I made a habit of talking to my loved ones on a bad day instead of posting too much personal information on my social media.

“Virtue demands courage, constant effort, and, above all, help from on high.” ‒St. John Vianney

When you pursue virtue, there is almost an inherent supposition that you are going to fail (remember the pendulum swings). When it happens on social media, you fail publicly.  But the alternative is to give up on being a virtuous social media user. That really shouldn’t be an option for a Catholic.

So you need courage. Perhaps one of the hardest (and rarest) things to do on social media is to admit when you’re wrong and commit to doing better.  Do you regret getting into that political debate that turned nasty? Maybe apologize. Did something you posted have an unintended meaning that hurt people? Clarify, learn, and also apologize.

None of us are perfect, and we’re all hopefully in a process of learning to be better people. That’s something you have to work at every day. It’s also a great thing to pray about and confess.

“Virtue is nothing but well-directed love.” ‒St. Augustine

Why do so many influencers post perfect iterations of themselves? I would argue that it’s because of a misdirected desire for love. Instead of forging a genuine connection with others, they are putting a shell around themselves that will encourage envy and admiration, not insight into who they really are.

Virtue on social media requires us to remember that everyone we’re seeing is an actual person (unless they are a literal bot, of course). That means no matter how annoying we find them, how heinous we find their views, we still have to show them respect for the dignity they possess just by being a human being. There are situations in which it is appropriate to challenge those views (use prudence to learn when), but it should always be done with charity.

This also means that we shouldn’t make idols out of anyone we see, or try to become one ourselves. We’re all just people. Nothing more, nothing less.

“The soul feeds on the virtues.” ‒St. Gregory of Nyssa

When we choose to be virtuous online, we are bringing Christ into another aspect of our life. The Catechism says “the goal of a virtuous life is to become like God” (CCC 1769). When we pursue virtue, even on social media, we are choosing to be more like Christ, and thus able to love him better.

Loving Christ and learning to be more like him are what lead to real joy and eternal salvation. If we can have that and keep our Instagram stories, we’d be fools not take advantage.

Is Self-Control a Virtue

Tweet Others the Way You Want to be Treated

Catholics Need to Stand by These Three Pillars of Morality

If St. Augustine Were Alive Today ...
My Confessions: How Saints Led Me Home
Weeds Among the Wheat: Donatism and Why I’m Still Catholic
10 Points for Effective Parish Ministry
Has Ascension's free media strengthened your faith?
You can now offer ongoing support for this content with a recurring gift.
Support Ascension