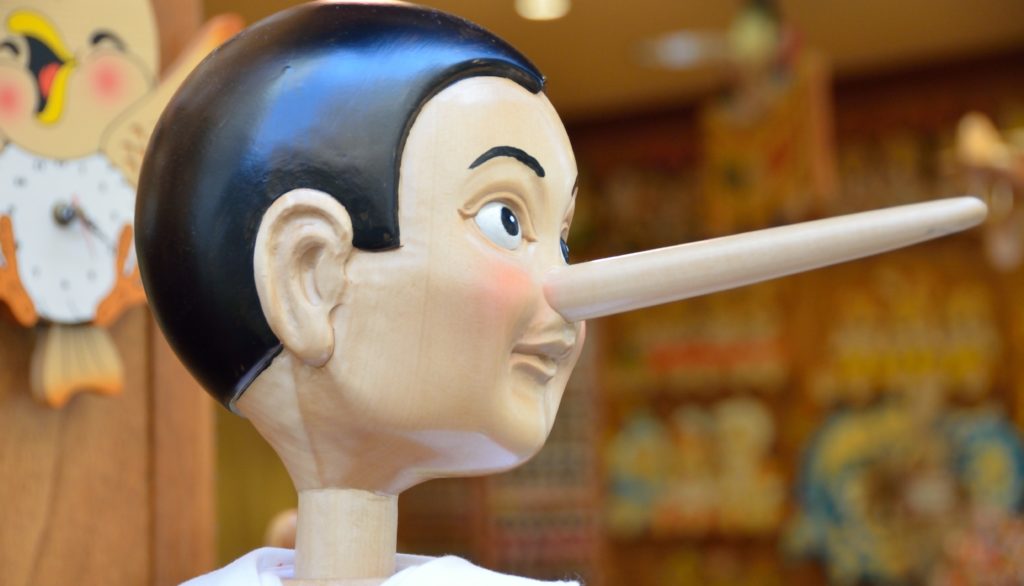 In this article I will answer the following question “from the parking lot”: 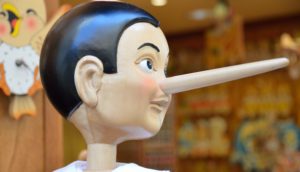 The Church has plenty to say in this matter. In fact, the Catechism of the Catholic Church has no fewer than forty-nine paragraphs dedicated to the importance of telling the truth, and what that means.

Before getting into the meat and potatoes of this question, let us look at the initial claim, that “the church claims to be absolute.” Merriam Webster gives several definitions of absolute, including: “free from imperfection,” “positive, unquestionable,” “fundamental, ultimate,” and “being, governed by, or characteristic of a ruler or authority completely free from constitutional or other restraint” (which, when it comes to the pope and his authority over The Vatican City State, is relevant). Most of these do not seem to apply to the question. The Church does claim that it’s dogmas are unchanging, and that they must be absolutely believed by all in the Church.

Where Does the Truth Lie?

But the definition of a lie (unlike, for example, the definition of the Immaculate Conception) is not dogma. Before we go further, let us continue with the questioner’s next sentence, “a morally wrong action is always evil no matter the circumstances.” True. While the culpability of the person committing an act may be mitigated or aggravated by extenuating circumstances, the morality of an act itself is not dependent on circumstances. “The church says lying is a morally wrong action.”  Also true: “By its very nature, lying is to be condemned” (CCC, 2485).

Might it have occurred that a Catholic perhaps explained to our questioner that there may be cases where a lie was less harmful than other actions? Perhaps, but the Church is clear that “Since it violates the virtue of truthfulness, a lie does real violence to another. It affects his ability to know, which is a condition of every judgment and decision. It contains the seed of discord and all consequent evils” (CCC, 2486).

What Is a Lie Exactly?

So what, according to the Church, is a lie? “A lie consists in speaking a falsehood with the intention of deceiving. The Lord denounces lying as the work of the devil” (CCC, 2482). Therefore, every time someone speaks untruthfully so as to deceive someone, their action “is to be condemned,” as it “does real violence to another,” and the speaker is doing “the work of the devil.” I’d say this is pretty clear (and, dare I write it: absolute).

Please note again, the definition of a lie is “speaking a falsehood with the intention of deceiving.” Therefore speaking a falsehood unknowingly is not a lie. If I get a part in a school play, and my role is “Tree #3” (a role fit for my acting talent if ever there was one), I am not lying when I step forward and say “I’m a Tree with branches wide, My leaves give shade and a spot to hide.” No one is being deceived, because everyone knows that I’m in a play. Also not a lie would be speaking a falsehood, even knowingly, if that is not meant to deceive. So myths and symbols which describe a greater good in a more understandable way could be acceptable.

Now the example that is always given in this case is one I hate: the hypothetical question of hiding Jewish neighbors during World War II era Germany. “What if” one inquires “you had a neighbor hiding in your house, and the Gestapo came to the door asking if there were any Jews in the house? Wouldn’t it be OK to lie then?”

I hate this question for several reasons. First, because it seems like an excuse to find a way to lie. If someone asks this today, I find it hard to believe it is because they are concerned about the state of the soul of a homeowner seventy-two years ago. (In fact, this is another slippery slope: we should be more concerned with the state of our own souls than others’). My guess is there are two reasons one would ask the question about the Gestapo: Either to challenge the authority of the person (or Church) who says lying is always wrong, or to find a claim that sometimes it could be OK to lie, and then once that is the case rationalization follows.

The other reason I dislike the question is that, if dealing with the Gestapo, if they believed there was a reason to enter the house, it’s fair to say—I believe—they would simply enter it.

But for the sake of argument, let us say that there is a scenario in which I am placed where I believe if I lie, it could lead to a greater good. Do I have any choice? Well, the Catechism has this to say:

“The right to the communication of the truth is not unconditional. Everyone must conform his life to the Gospel precept of fraternal love. This requires us in concrete situations to judge whether or not it is appropriate to reveal the truth to someone who asks for it” (CCC, 2488).

What does this mean? Put simply, not everyone has a right to have the truth communicated to them.  In other words, if a hypothetical Nazi asks if there are Jewish neighbors in my house, I could say, with good conscience “I have not brought anyone into my house,” even if my wife or children did sneak them in. I know the truth. I don’t have to reveal it. That is not immoral. The act of not sharing the truth is not inherently sinful. Just like there is no obligation for me to walk down the street saying “The temperature is eighty-four degrees!”

Paragraphs 2484 and 2485 of the Catechism imply there may be some cases where a lie is a venial sin. However, The fact that something is “only” a venial sin doesn’t make it OK. We should never strive for “only” venial sin. In fact, the attitude that leads to this often leads to the repetition of venial sins, which leads to other problems.

“Deliberate and unrepented venial sin disposes us little by little to commit mortal sin … Sin creates a proclivity to sin; it engenders vice by repetition of the same acts … The repetition of sins – even venial ones – engenders vices, among which are the capital sins.” (CCC, 1863, 1865, 1867).

So to get back to where we started, the original question was flawed in that it was based on a premise that the Church teaches it is OK to lie. It is never OK, it should always be avoided.

If anyone has other questions about the Catholic Faith that you would like our writers to answer, let us know in the comments.

Why Did God Ask Abraham to Sacrifice Isaac?

Why Confess My Sins to a Priest? (The Fr. Mike Schmitz Podcast)

Do Catholics Swear? The Language of the Sacraments (The Jeff Cavins Show)

Why Do We Have to Follow Some Biblical Laws and Not Others?