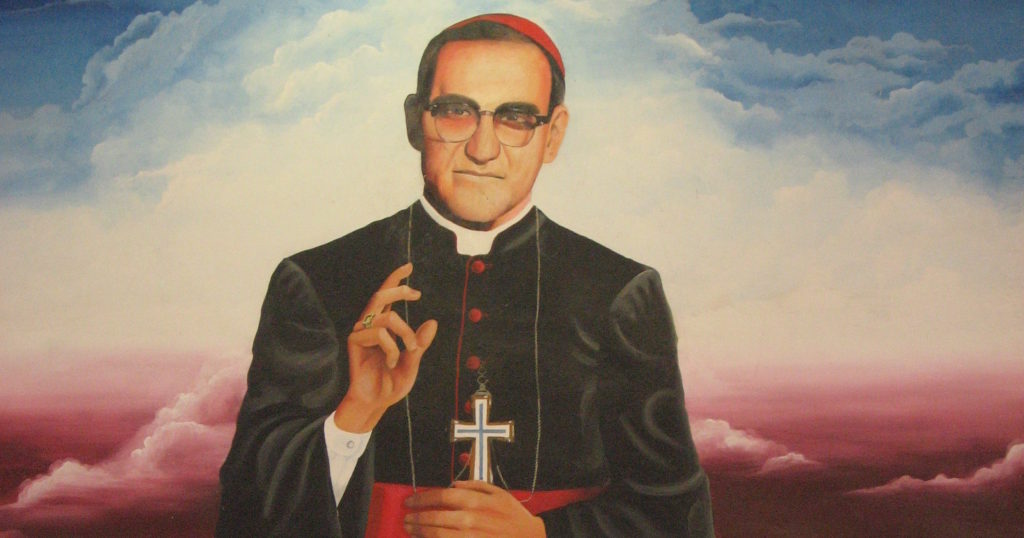 The word “apostasy” has been coming up in my life lately.  Per Merriam-Webster, apostasy is:

“1: an act of refusing to continue to follow, obey, or recognize a religious faith  2: abandonment of a previous loyalty : defection”

It is a serious word. It came up in this transcript of Archbishop Chaput’s remarks at Notre Dame University, October 2016. The Archbishop had a lot of good to say but what struck me hardest were his comments on silent apostasy. He was referencing Pope Benedict VI:

“For Benedict, laypeople and priests don’t need to publicly renounce their baptism to be apostates. They simply need to be silent when their Catholic faith demands that they speak out; to be cowards when Jesus asks them to have courage; to ‘stand away’ from the truth when they need to work for it and fight for it.”

How I Deny Christ

It is worth repeating: “They simply need to be silent when their Catholic faith demands that they speak out.” This quote terrifies me and for a few weeks I have had it rolling around my brain, wondering if I am committing apostasy.

And then, because God knows I need a lot of messaging, I saw a video by Fr. Mike Schmitz where he talked about the book and movie Silence. He said denying Jesus is always wrong. OK. I haven’t done that. Whew. Most, if not all, of us will never be in a situation where our life or other’s lives are dependent on our denial of Jesus. Yet, as Fr. Mike put forth, we do regularly deny him anyway. We aren’t in mortal danger but we face small opportunities where we deny him.

In restaurants I frequently don’t cross myself and offer thanks. I’m afraid of what people will think.

In conversations I frequently don’t defend God’s truth about marriage. I’m afraid people will call me a bigot.

And even though I’m strongly pro-life, I have kept my mouth shut when the use of IUDs comes up. I’m afraid people will think I’m a radical.

“For whoever is ashamed of me and of my words in this adulterous and sinful generation, of him will the Son of man also be ashamed, when he comes in the glory of his Father with the holy angels.”

Oscar Romero, newly canonized archbishop of San Salvador, comes to mind and brings me hope. Life in El Salvador in the late 1970s wasn’t easy for Catholics. The military government oppressed the poor and a twelve-year civil war was raging. When Fr. Romero was appointed archbishop it was thought that he would not cause problems for the government. Romero was a quiet, bookish priest. People saw him as “unsympathetic to social justice issues.” The ruling class expected him to keep silent about the problems of the poor and he had personal relationships with many in power, including the minister of agriculture.

Voice of the Voiceless

Two Jesuit priest friends of Archbishop Romero were actively involved in securing better living conditions and treatment for the poor. When one of them, Fr. Rutilio Grande, a friend of Romero’s was killed, it was a catalyst that propelled Romero from compliant to courageous. Romero began speaking from the pulpit about the injustices and brutality of the military regime. He spoke on Catholic radio and because of censored media it was the only time people could hear the truth of what was happening in their country.

With God’s grace, Archbishop Romero became the “voice of the voiceless poor.” The press attacked him, the wealthy Salvadoran elites denounced him to Rome, security forces harassed and battled brother bishops who disagreed with his stance. Archbishop Romero found his voice. He spoke out and became a saint. He joined with the poor in their suffering and struggle for justice.

A scene from the 1989 movie Romero beautifully depicts his interior battle. His church is occupied by the military and he goes in to remove the Blessed Sacrament and take it to safety. The leader laughs at him, shoots the tabernacle and tells Romero to leave. Romero does leave and we see on his face the struggle he is experiencing. He is torn between what he knows he must do and the danger of doing it.

He returns shortly—convicted that the hosts must be retrieved—and walks past the soldiers, picking the hosts up from the ground. After shooting bullets above him, the soldiers grab him and throw him out. He gets into his car and drives away only to return a second time. This time he puts on his cassock and it is clear something has changed in him. He is determined to defend our Lord. Along with two other priests and villagers, he walks back into the church and tells the soldiers that they are retaking the church building because they are the Church and the people of God.

I am blessed to live in a time of peace. I am able to go to Mass safely anytime I want. Lord willing, I will never have to make a choice between death and Jesus. Yet, and this is a big yet, how often do I make a choice between the world and Jesus? There is plenty wrong right now; plenty to speak out about. Our society is relegating the Truth, God’s Truth, to the margins.

I Want to Be Unashamed Also

In a society that has rejected sin and embraced an attitude of hyper acceptance where there is no right and no wrong, no collective moral compass, it is getting harder and harder to live Christian values. Jesus warned us that following him would not be easy and that we will be hated. He also consoled us, “Blessed are you when men revile you and persecute you and utter all kinds of evil against you falsely on my account.  Rejoice and be glad, for your reward is great in heaven. Matthew 5:11-12)

So, back to silent apostasy. I have a choice. I can keep quiet and keep my head down. (Maybe people will like me more then.) Or, I can, with love and lots of prayer, speak up. I no longer wish to be silent, to work for the truth. I wish to be courageous. Most likely I will not be shot. There’s a chance I will lose an acquaintance, or receive a look of disgust or anger, or hear some nasty things said about me. I think I am OK with that.

Because in the end when I die, I will have to explain to God what I did with my life. I want that conversation to go well, and to be able to truthfully say, “I was not ashamed of you, Jesus. I spoke your truth” and I want to bear the battle scars of that.

St. Oscar Romero, pray for me.

What is Stopping You from Becoming a Saint?