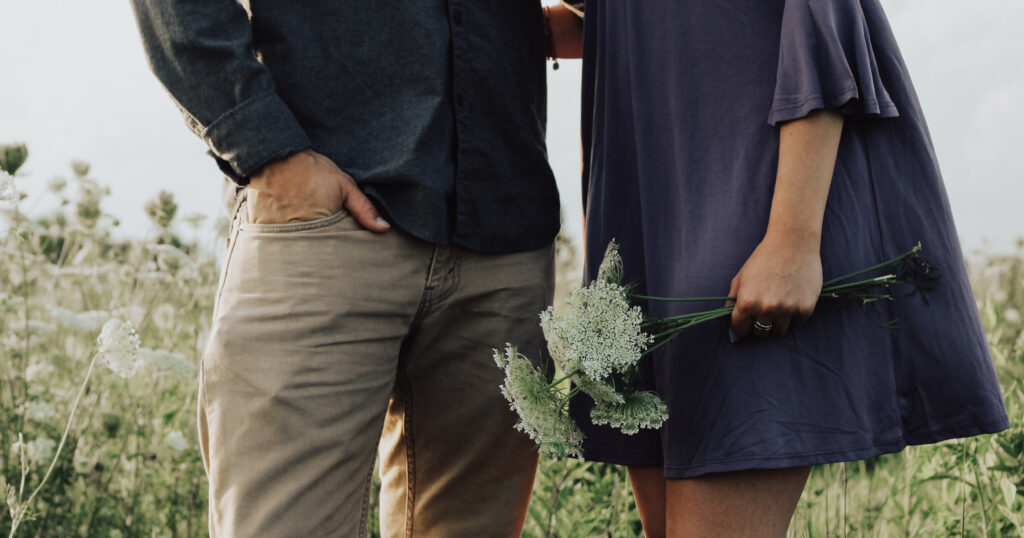 These days, chastity seems to be so misunderstood!

For one thing, that word is all-too-often used when people are talking about abstinence and or celibacy. However, that is a problem because without being able to clearly and accurately articulate what chastity truly is and what it means, we will impair people’s understanding of it, and thus impair people’s journey towards growing in the fullness of virtue and holiness!

That’s not something we want to do, right?

For that reason, I have provided this introductory-level “cheat-sheet” that could be easily shared with others, especially in class/learning environments.

1. Chastity is distinct from abstinence and or celibacy. Chastity (as understood by the Church) is a matter of striving to conform, without resentment, one’s heart and mind to the authorship of God in terms of sexuality. Meanwhile, abstinence is about our behaviors (or, more accurately, lack thereof), and celibacy is a state in life (as in, the unmarried/celibate state). Note that chastity will lead to “Catholic-looking” behaviors, but “Catholic-looking” behaviors may or may not lead a person to desire to grow in chastity. It’s a dynamic that reveals how we should prioritize striving to grow in chastity (and the fullness of virtue and holiness) above striving to merely behave a certain way.

2. When chastity is authentically striven for, it gradually transforms a person’s heart. That is simply the beautifully-occurring after-effect resulting from striving to cooperate with God’s grace, which will be better and better received the more we strive to grow in the fullness of virtue and holiness. Through this transformation of heart, our desires become more aligned with the order that God has authored into creation in all respects, with sexuality being only one of those facets. Meanwhile, striving to embrace chastity predisposes us to growing in all of the other virtues as well, for virtue begets virtue.

3. As chastity becomes more wholeheartedly embraced, the degree of resentment a person desires to hold on to decreases. This dynamic is true regardless of how successful a person is at living the virtue of chastity perfectly. This is an important caveat, because nobody lives any virtue perfectly, but rather we live to strive for excellence in them for the whole of our life. And, since in the moral life, there is no neutral ground, we have to be astutely aware that if we choose not to strive to grow in the fullness of virtue, we are, in effect, falling from the excellence that we could otherwise manifest.

A Life-Changing Experience for Teens

YOU. Life, Love, and the Theology of the Body introduces teens to the truth that life is about going out of themselves to be a sincere gift for others.

5. Chastity, in being a matter of the heart and mind, is not imposed but proposed. It cannot, by definition, be imposed because no one can override our free will to either embrace or reject it. This is very important because new laws are being put in place (under the guise of “conversion therapy”) to make illegal any perceived imposition of a sexual ethic that is anything less than 100% affirmative of LGBTQ+ ideology. For that reason, if we want to be most effective in sharing the beauty and richness of chastity, we need to not only strive to maximally radiate the joy of striving to live that virtue in our every day lives, but we also need to speak about it in ways that make that critically important nuance known – and over and over again, so that that nuance “sticks” within our Catholic parlance.

6. The proposal of chastity does not discriminate against people who self-identify as LGBTQ+. Rather, it is proposed equally to all people, in the married or single state, regardless of age, and regardless of what sexual/romantic attractions/inclinations they might experience. Further, the proposal of chastity is not about denying love, but rather is about loving more profoundly – in a way that is first and foremost anchored on the infinite and perfect love of Jesus Christ, evidenced by our desire to respect/honor the order of creation that God has authored. Note that striving to love God more profoundly within any relationship will lead to interior transformation alongside the experience greater peace, hope, joy, and freedom, while also bringing about the annihilation of any fears and or anxieties. God, and the Church, wants that for everyone, thus, chastity is proposed to everyone!

7. Chastity includes the “successful integration of our sexuality” (CCC 2337). This includes the desire to respect/honor what God has physiologically authored into our humanity, which would be made manifest by a person’s desire to strive to uphold those truths of order. Striving to grow in chastity, therefore, includes the striving to respect, honor, and uphold the truth of the physiological sexual complementarity of males and females, and also the biological truth that we are created as males or females. Genetic/genital aberrations, which are permitted by God, do not invalidate the truth that we are written into creation as a sexually dimorphic species. Remember, follow the science!

9. Chastity can be countered by those who don’t know they are countering it. As such, people can sin against chastity without believing that they are sinning. The idea that a person can only sin “if they know they are sinning” is false, for sin can be described as a rejection of truth (CCC 1849). This is important to understand because there are truths that God has authored into the human body that we can choose to reject, whether or not we understand what the Church might have to say about it. That is, one’s degree of knowledge does not impact whether or not a sin has been committed, but rather impacts one’s culpability, which also impacts whether God would see the sin as venial or mortal. Nonetheless, “no one is deemed to be ignorant of the principles of the moral law, which are written in the conscience of every man” (CCC 1860).

10. Chastity can bring hope. Striving to grow in chastity, just as striving to grow in any virtue, can help people move from the impossible standard of thinking that they “have to be perfect.” This unrealistic expectation can unfortunately send people into a spiral of despair, entrenching the idea that they will never be “good enough.” This tragic spiral, based on unrealistic expectations stemming from the lack of understanding of the Church’s universal proposal to strive to grow in the fullness of virtue and holiness, sends people packing! Why would anyone want to belong to a Church where they perceive that they will never measure up!? This is why we need to propose (and introduce) the hope of chastity with all the more urgency. The sooner that we do that, the sooner we can help people see that the true victory is not in “behaving perfectly” but rather in striving, over and over again, to surrender our hearts to the Lord. In this way, chastity can give people a fresh start – a window of hope for a better tomorrow, where they can grow in hope while knowing that greater peace, joy, hope, and freedom is always only one decision away, no matter what journey they might have taken thus far. That one decision is to continue to strive to grow in virtue in that very moment, and to strive to do that again, over and over. That decision, which we may have to tenaciously fight for, can also help us move from the despair of feeling inadequate, to the feeling of being victorious on account of our increasing successes. This, in turn, can also bring about greater confidence on account of one’s ever-increasing self-mastery and ever-increasing competence in sustaining such mastery. This competency, pertaining to the state of one’s soul, is of a higher order that any competency that is limited to merely earthly skills. For that reason, however, this spiritual competency, so to speak, will bring about rewards of a greater order – rewards that will far surpass the benefits of anything limited to this world. Given that we are made for Heaven, it it these spiritual competencies that we should be prioritizing, and that can be greatly assisted through striving to grow in chastity, among the other virtues.

The benefits of chastity are greater than what could ever be fully described. The ripple-effects of striving to grow in this virtue (among all of the other virtues) will continue outwards, having untold impact on humanity – possibly until the end of all time. Again, chastity can bring about self-mastery, which leads to greater confidence and, ultimately, greater empowerment/boldness, while also bringing about a reduction/annihilation of toxic shame and or feelings of inadequacy. Alongside this, chastity also can help bring a maximal degree of interior peace, hope, love, joy, and freedom, as well as an increased degree of trust in the Lord that His grace is sufficient. Through this increased trust, one can grow in the realization that even after falling, the Lord is eagerly awaiting their return with open arms.

A Life-Changing Experience for Teens

YOU. Life, Love, and the Theology of the Body introduces teens to the truth that life is about going out of themselves to be a sincere gift for others.

What You Do with Your Body Matters

Theology of the Body Explained