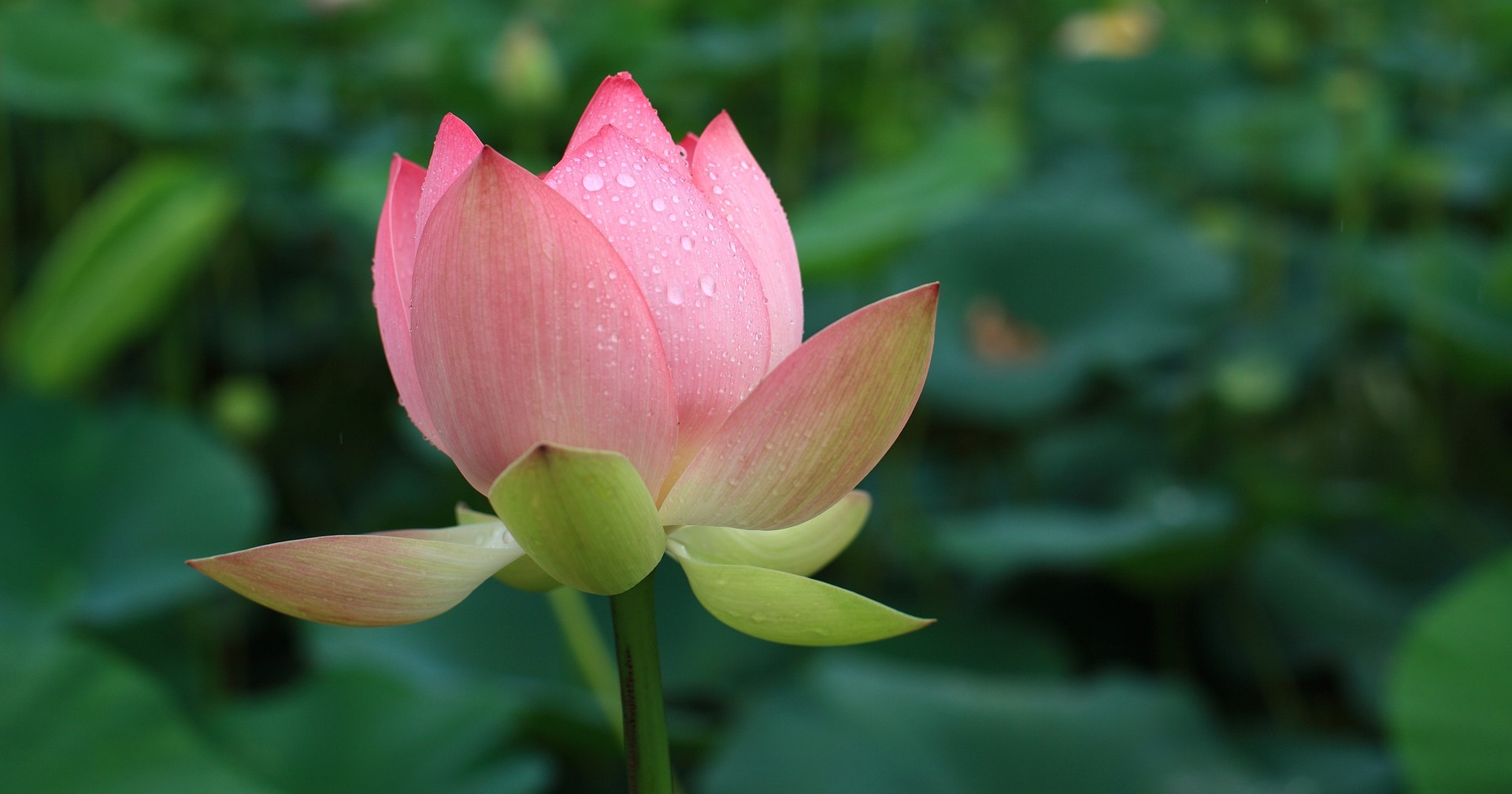 What is the biblical and historical basis for the Church’s teaching on sexuality? (A professor answers a student’s sincere question.)

Below is a sincere email from a student, asking about the basis for the Church’s teaching on sexuality (the name has been changed). How does it relate to Scripture? Does it have a firm basis? Or, is it merely a concoction of recent times and perhaps subject then to change?

Below I show how this teaching is firmly rooted in Scripture and the Church’s tradition, a teaching that goes back to the earliest days of the Christian Church—a teaching which also finds corroboration in the natural law.

One difficulty, of course, is that this goes against the sentiments of our age. But in the end, we are disciples of the Lord Jesus and do not answer to the whims of any given age.

As I was going over the material from some of our recent classes, I was wondering where the Church’s teaching and view of the sexual act as needing to be both procreative and unitive originated? It makes sense that contraception goes against this teaching, but I was wondering how the Church is justified in saying this is immoral if the definition of the sexual act is not first itself concretely God’s word. Is this teaching included in Scripture? I believe in the Church’s teachings and know that they are good but am confused on where those kinds of teachings originated.

Thank you for the clarification.

Thanks for your question!

I suppose the first place to start is to note that the Magisterium (the teaching authority of the Church) extends to the full and proper interpretation of the natural law (see CCC 2036). This is something drawn in part from the natural order, something which natural reason in principle would be able to see.

Second, this is the heritage of Judaism and early Christianity. Here I’d recommend to you Rodney Stark’s work, The Rise of Christianity, particularly pp. 121-126. He’s a sociologist and historian of religion by trade (he’s not a Catholic and at least publicly it’s not clear that he has any faith at all). In the pages I mentioned he notes the vast difference between the Greco-Roman view of sexuality in contrast to the Christian view (and along the way he mentions this Jewish backdrop). He mentions the frequent recourse to various forms of contraception in Greco-Roman culture. Besides various “plants” and “ointments,” frequently used methods of contraception among Greco-Romans included withdrawal and mutual masturbation (see Start, 121).

Onan and Clement of Alexandria

Stark discusses how Christian and Jewish practices in these early centuries were very different:

Stark then cites Clement of Alexandria:

Stark then cites early Christian texts condemning other forms of sex outside of the natural form.

The story of Onan mentioned above appears in Genesis 38, where Onan is struck down for “spilling his seed upon the ground”—for withdrawing and thereby sterilizing sexual intercourse (see Genesis 38:9-10). Now part of the back story is the Mosaic injunction (Levirate law) which stipulates that if your brother dies (without a son) that you would marry his now widowed wife in order to raise up offspring for the deceased brother. So, part of the story is that Onan fails in this respect for his dead brother. But there’s more to the story: for the punishment prescribed for failing in this Levirate law is simply public shaming, not death (see Deuteronomy 25:5-10, especially vv. 7-9). Thus, God’s response concerns more than a failure in Levirate law—God’s response demonstrates the Bible’s view of sterilized sexual intercourse.

Because of this Jewish backdrop, Jesus (who preached almost entirely to Jews) did not have to address certain things—such as contraception or homosexual acts (his Jewish audience already presumed that such things were forbidden and contrary to the Creator’s will). Paul, on the other hand, in writing letters to churches from a Greco-Roman background often did have to address such things (see 1 Corinthians 6:9; Romans 1:26-27).

We see here that Scripture does not represent an exhaustive summary of faith. Rather much (such as St. Paul’s letters) are occasional writings, dealing with various situations that are occurring in those specific churches. Don’t get me wrong: Scripture has a privileged place in the Church’s life and thought as divinely inspired. But it is not the sole and exhaustive rule of faith. Jesus commissioned the apostles with his authority (see Luke 10:16), an authority which is then passed on to their successors, the bishops—particularly the bishops collectively in communion with the bishop of Rome (who is the successor to both Peter and Paul, both of whom consecrated Rome with their martyrdoms).

“The Church, nevertheless, in urging men to the observance of the precepts of the natural law, which it interprets by its constant doctrine, teaches that each and every marital act must of necessity retain its intrinsic relationship to the procreation of human life.”

In an elaboration on this teaching, one of the most significant passages underlying the Theology of the Body is Matthew 5:27-28:

“You have heard that it was said, ‘You shall not commit adultery.’ But I say to you that everyone who looks at a woman lustfully has already committed adultery with her in his heart.”

Famously, St. John Paul II pointed out that a man can commit adultery in his heart with his wife if he uses her as a mere instrumental means for pleasure (see TOB audience no. 43). Similarly, the Catechism states:

“Sexual pleasure is morally disordered when sought for itself, isolated from its procreative and unitive purposes.”

Of course, John Paul II is famous for developing most fully the trinitarian background: God is a communion of Persons (see CCC 221). God is total self-giving Love and this love is fruitful (as the Father begets the Son, and from their mutual bond of love comes forth the Holy Spirit—all of whom exist in an eternal relation of total self-giving love). So, too, in the marital embrace: as the husband gives himself to his wife and she to him—and that love is so real and so profound that one often has to give it a name nine months later. That is, total love—rooted in God himself—is by nature fruitful. Contraception shuts the door on this and undermines the very sacramental meaning of the body, made in God’s triune image.

I’d also commend to you Charles Provan’s The Bible and Birth Control; he’s a Protestant scholar who documents the biblical and historical evidence, showing that Christians of all stripes condemned contraception (Martin Luther and John Calvin especially). In 1930, the Anglicans changed course and embraced contraception; virtually all Protestants followed suit thereafter. This was the context for Human Vitae—for the Church to reiterate the perennial teaching of Christian faith.

So, in short, the Church’s teaching is biblically rooted; it meshes with Jesus’ teaching on “adultery in the heart”; it has deep roots in God himself as triune; and it is what the natural law points to when understood as an expression of divine wisdom and divine teleological purpose. Given these deep roots and this deep historical background, it’s hard to see how it could be otherwise—despite it’s being inimical to our modern age. But we are disciples of the Lord Jesus and do not answer ultimately to any given age.

I hope this helps and I thank you for your question!

YOU. Life, Love, and the Theology of the Body [study program

Why We Don’t Use Contraception [Jackie & Bobby Angel video]

Dr. Andrew Swafford is associate professor of theology at Benedictine College. He is general editor and contributor to The Great Adventure Catholic Bible published by Ascension, and host of the Bible study Romans: The Gospel of Salvation (and author of the companion book), also by Ascension. Andrew is author of Nature and Grace, John Paul II to Aristotle and Back Again, and Spiritual Survival in the Modern World. He holds a doctorate in sacred theology from the University of St. Mary of the Lake and a master’s degree in Old Testament & Semitic Languages from Trinity Evangelical Divinity School. He is member of the Society of Biblical Literature, Academy of Catholic Theology, and a senior fellow at the St. Paul Center for Biblical Theology. He lives with his wife Sarah and their five children in Atchison, Kansas. Follow him on Twitter: @andrew_swafford.