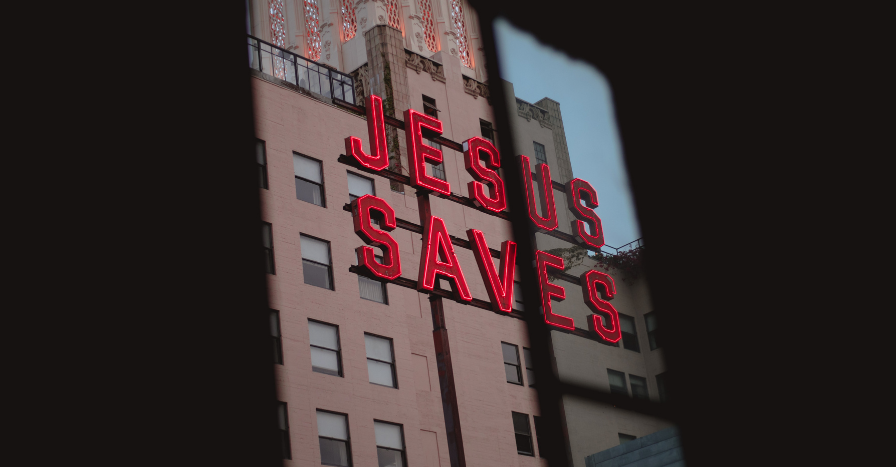 “Humility is the foundation of all the other virtues. Hence, in the soul in which this virtue does not exist, there cannot be any other virtue except in mere appearance.” – St. Augustine

So You Encounter an Atheist …

Maybe he is a professor seeking to enlighten undergrads blinded by the superstition of religion. He might resemble Kevin Sorbo in the movie God’s Not Dead and eventually find himself at the big Newsboys concert in the sky.

Or maybe the atheist in question is some smug influencer who has ensnared your teenager in a web of godless Marxism via brainwashing, thirty-second Tic Toc videos. (How are they so effective? Seriously.)

Perhaps he is a beguiled disciple of other smug influencers who simply shares, re-tweets, and traffics in bumper sticker-sized popular maxims.

Our atheist could even be a family member, friend, or coworker, one who quietly navigates life in the darkness of unbelief, perhaps looking for real dialogue and honest conversation about the ultimate questions.

When faced with an atheist, how is a person of faith to proceed?

Should we thank God that we are not like the unbeliever before us—that we fast and tithe and pray and frequent Catholic blogs? (Consult Luke 18:9-14 for the answer.)

We might be tempted to arm ourselves with rational arguments, such as St. Thomas Aquinas’ five “proofs,” delivered with great rhetorical skill, to win our uninformed atheist over with superior logic. After all, how could an atheist resist our splendid argumentation?

Is this a good approach? Sound like a plan?

Let’s back up a few steps.

While there is obviously an important place for reasoned argument and sound logic, for these to be effectively heard there needs to be a spirit of humility and real dialogue. We need to see that the person in front of us has been critically afflicted with a false “non-belief” system; he or she is not an enemy to vanquish or an opponent to defeat but another to be loved and brought closer to the truth. This can help us shift our perspective, ask questions about the cause of their condition, and respond accordingly.

The  Most Frequent Cause of Atheism … and the Most Effective Response

A good doctor is skilled at diagnosing a person’s disease. In other words, he or she does not simply treat the symptoms but seeks their cause. Atheism is a symptom of a larger illness.

So how can we discover the root of a person’s atheism? We have to “examine” the patient, so to speak. It is difficult to do this in the midst of intense debate. Such an examination—a “getting to know” the other—happens only in relationship, sharing, and “doing life.” This is why Jesus ate with tax collectors and sinners.

Getting to know a person can uncover many things—his or her history, experiences, convictions, and thought processes. While there is no universal cause of atheism, many times it is the result of pain and trauma. A tragic event, an abusive childhood, or some profound suffering has led to the person’s denial of God.

For some atheists, the trauma they have experienced came at the hand of those who are supposed to be God’s servants, whether clergy or those in the “domestic church” of the home. In some cases, the lack of a father or an abusive one has wounded their relationship with their heavenly Father. The book Faith of the Fatherless by Paul Vitz points out the “fatherlessness” experienced by many prominent atheists of the past few centuries.

Given that the root cause of atheism is often “supra-rational”—that is, emotional and experiential rather than intellectual—our best approach is not to start with apologetic sparring. The arguments employed by the atheist for his position are only a wall built up to guard a deep trauma. While reason can be an important tool in making the case for God’s existence, it must be used with care and precision—and in the context of a trusting relationship.

Do atheists need a dose of humility?

Do we need humility to build a relationship with them?

How can we open atheists up to humility?

One of my favorite book titles of all time is Love Alone is Credible by Hans Urs Von Balthasar. For one who disbelieves in God—which is to disbelieve in Love itself—the source of redemption is found in experiencing God’s love through us.
This is not just some nice, pastoral platitude. We must truly love the atheists we encounter. How?

A Dose of Humility

As we have seen, humility is the key.

As St. Augustine says, “Humility is the foundation of all the other virtues. Hence, in the soul in which this virtue does not exist, there cannot be any other virtue except in mere appearance.”

It takes true humility for an atheist to be open to belief. It also takes humility to accompany souls on the journey from unbelief to God.

Let’s all seek after humility, then, as the sure foundation of our Faith and for sharing it.

How Do You Evangelize an Atheist?

A Challenging Conversation with My Atheist Friend

Humility, Knowledge of God, and Tomatoes

Colin MacIver teaches theology and has served as the religion department chair and campus ministry coordinator at St. Scholastica Academy in Covington, Louisiana. He is the author of the guide to Quick Catholic Lessons with Fr. Mike. He and his wife, Aimee, are co-authors and presenters of Theology of the Body for Teens Middle School Edition. They are also co-authors of the Power and Grace Guidebook, and the Chosen Parent’s and Sponsor’s Guides. Colin hosts The Tightrope podcast.