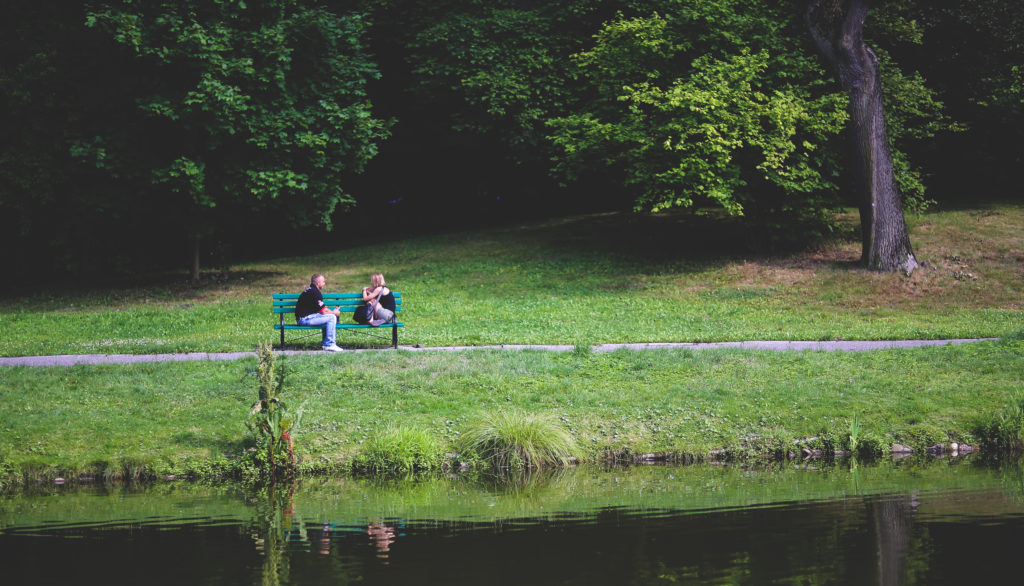 We often look back on our lives and remember times when our words failed us. A good example of this comes from the sitcom Seinfeld when, in one episode, George Costanza found himself repeatedly unable to find a good insult to use against a rival. Instead he created a comeback that comically failed at its intended effect. While George was scarfing down a large amount of shrimp at a company meeting his rival told him, “The ocean called; they’re running out of shrimp.” To which George, after long rumination, crafts the reply, “Well, the Jerk Store called, and they’re running out of you.” 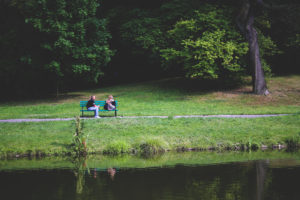 Of course, this is just a trivial example of the problem I mean to address. The difference between George and I is that, while he intended his words for self-gratification, I hope to make well of these situations God presents me as occasions of grace for myself and others.

The situation in question took place under a bridge over a beautiful creek near my home. My friend, who is atheist, had come for a visit, and—as often happens—the conversation turned to matters of faith. In the midst of our discussion, I told her that I marveled at why she tried to live a good life. After all, if one does not believe in a higher power, there is no reason to live a good life since one’s best and worst actions would be inconsequential and meaningless.  She did not have a cogent answer.

However, she did offer a challenge that has bothered me. She asked, “Do you only try to live a good life for fear of punishment in hell?” I was not sure how to answer this. I knew I was a Christian for much more than that, but I could not find the words to articulate it at the time.

Outside of the overwhelming evidence for Christ’s resurrection, it is the desire for more than this world can satisfy which makes me a Christian. In famed Catholic novelist Walker Percy’s book, Love in the Ruins, the protagonist comments within the first few pages,

“The first thing a man remembers is longing and the last thing he is conscious of before death is the exact same longing.  I have never seen a man die who did not die in longing.”

The saints and philosophers of the ages make it abundantly clear that the pleasures of the physical world cannot bring us the ultimate satisfaction all men seek in the deepest recesses of their souls.

Aristotle noted that no man desires that which he cannot ever hope to obtain. The desire within man must find its fulfillment somewhere. St. John of the Cross asserted that this desire is the ultimate proof for the existence of God. Though often perverted in our dark world, in its pure essence, it is a desire within all of us to encounter being and enter into relation, ultimately with God.

There is something more to what 20th century Jewish philosopher Martin Buber referred to in his magnum opus, I and Thou, as the “I-It World,” something beyond the world of mere objects and means and ends. This is the “I-You,” the world of relation. It is through our self-sacrificial relation with others that we encounter God and love him.

When I next have the chance, I will counsel my atheist friend to strive for self-sacrificial love.  For in so doing, she will encounter God, though not know it. By God’s grace, one day she might come to know him too. As Buber explains,

“But whoever abhors the name (God) and fancies that he is godless – when he addresses with his whole devoted being the You (other people) of his life… he addresses God.”

Due to our fallen natures, true love ultimately requires grace.  Consider the late British astrophysicist and noted atheist, Stephen Hawking. His wife, Jane Hawking, was a Christian who cared for her husband through thirty years of marriage as he suffered from ALS (amyotrophic lateral sclerosis). being slowly paralyzed. In a 2004 interview with The Guardian, Jane was said to “still see something of the irony in the fact that her Christianity gave her the strength to support her husband, the most profound atheist.”  It is this grace from God that enables us to love one another for their own sake and fulfill the longing of our hearts.

Hell is merely the refusal to love.  As Peter Kreeft explains:

“The damned in hell do not enjoy hell, but they do will it, by willing egotism instead of love, self instead of God, sin instead of repentance. There can be no heaven without self-giving love.”

From the moment of our births and throughout our lives, we have a recurrent choice to remain in the world of relation and self-giving love or enter the world of objects, being used and using others. It is ultimately a choice between heaven and hell, love and hate, life and death. As Andy Dufresne tells Red in The Shawshank Redemption:

“Gotta get busy living or get busy dying.”

The question is, can we escape the prison of our selfishness? Or, as Catholic philosopher Germain Grisez asks, “Do we believe that divine grace is sufficient to free us for genuine love?  It is a question of faith.”

Help! My Children Left the Church (The Jeff Cavins Show)

Why We Call Christ the King