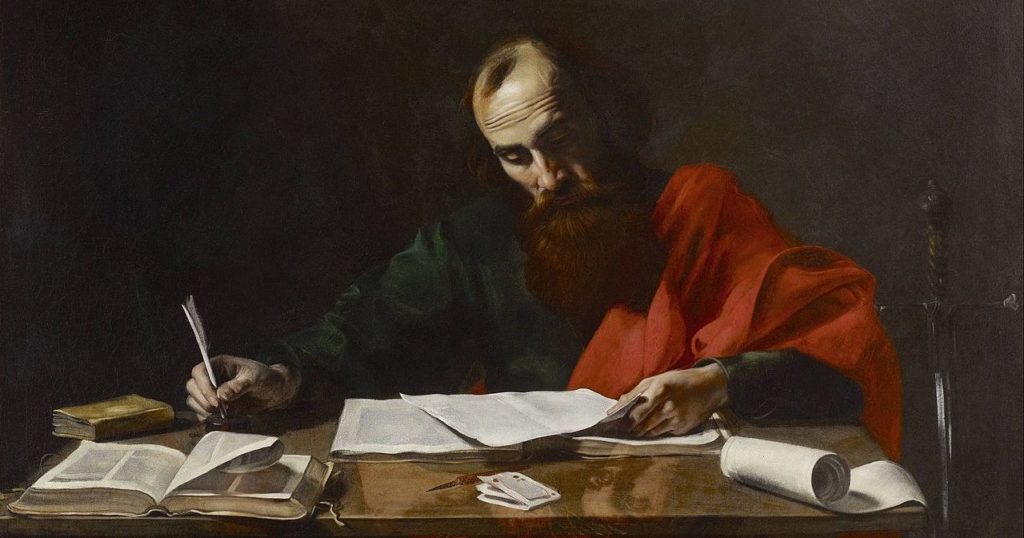 To enter into God’s story we need to understand how we have come to participate in it.

Did you miss the other parts of this series? Find them here: Part 1, Part 2: The Family, Part 3: The Narrative Thread, Part 4: Salvation History.

It is true that the divine history recorded in the Old Testament focused primarily on the nation of Israel, but the history and truth that the Israelites died for and taught to their children would one day become the history of a people they knew not.

Even so, throughout the history of the Bible, those who belonged to the covenantal family were cognizant of the fact that the story they were living extended beyond themselves to future generations. Their history with all its triumphs and disgraces would one day become our history as twenty-first-century Roman Catholics. So with the dawn of the New Covenant, Jesus integrated the nations into his universal kingdom, opening wide the gates to Yahweh’s covenantal family. Those who enter through that gate, Jesus, take on a new identity, including a new personal history. Suddenly, all that went before us in that small land of Canaan becomes intimate and important for us today.

Paul describes how Jesus opened the covenantal family to those outside of Israel:

“Therefore, remember that at one time you, Gentiles in the flesh, called the uncircumcision by those called the circumcision, which is done in the flesh by human hands, were at that time without Christ, alienated from the community of Israel and strangers to the covenants of the promise, without hope and without God in the world. But now in Christ Jesus you who once were far off have become near by the blood of Christ. For he is our peace, he who made both one and broke down the dividing wall of enmity, through his flesh.”

For the sake of continuity between the Old and New Testament, the point must be made that neither Jesus nor Paul had plans of starting a new religion, rather, all that they taught and did was an extension of all that preceded them. As Catholics we should never read the Old Testament with an attitude that ties the Old Testament strictly to the Jews, and the New Testament to Christians.

“The Church, as early as apostolic times, and then constantly in her Tradition, has illuminated the unity of the divine plan in the two Testaments through typology, which discerns in God’s works of the Old Covenant prefigurations of what he accomplished in the fullness of time in the person of his incarnate Son.”

Catechism of the Catholic Church, 128

Christians, therefore, read the Old Testament in light of Christ crucified and risen. Such typological reading discloses the inexhaustible content of the Old Testament, but it must not make us forget that the Old Testament retains its own intrinsic value as revelation reaffirmed by our Lord himself.

The Bible Is a Catholic History

As Catholics we should embrace both the Old and New Testaments not simply because they are a dynamic unity, but because they have been handed down to us as a precious family heirloom through the expansion of God’s covenantal family. Most people are not deeply interested in the history of someone else’s ethnic or religious group. Reading about their own history, on the other hand, captures their imaginations and stirs their interest.

It is of the utmost importance for the modern Christian to understand what the Apostle Paul is teaching regarding this integration between Jews and Gentiles—Old and New Testaments. In Ephesians 3:6 he says:

“the Gentiles are heirs together with Israel, members together of one body, and sharers together in the promise in Christ Jesus.”

In other words, those who have come into the Catholic family have a new history. Israel’s history is now also Catholic history, and as Paul states, Abraham “is the father of us all” (Romans 4:16). Pope Pius XI once made the striking observation that “spiritually, we are all Semites” (Marvin Wilson, Our Father Abraham, 19)

In Romans Chapter 11, Paul elaborates further on this theme when he “depicts Gentiles as branches from a wild olive tree which have been grafted into a cultivated olive tree” (Ibid., 14). As Gentiles we are allowed to “share in the nourishing sap from the olive root” (Romans 11:17). The “root” of which Paul speaks is the line of heroes who have participated in the previous covenants such as Noah, Abraham, Isaac, Jacob, Moses, David and Solomon.

More than a Family Heirloom

Mary has a unique role as one who stands between the Testaments. As Msgr. Eugene Kevane pointed out, Mary binds together, in a living and indissoluble way, the old and the new People of God, Israel and Christianity, Synagogue and Church. She is, as it were, the connecting link without which the Faith (as is happening today) runs the risk of losing its balance by either forsaking the New Testament for the Old or dispensing with the Old. In her, instead, we can live the unity of sacred Scripture in its entirety (Joseph Cardinal Ratzinger, The Ratzinger Report, 107).

The Bible is so very exciting to read because we, like Abraham and David, are stepping into the divine drama, we are receiving the baton, we are walking in the New Covenant. Matthew wrote:

“Truly, I say to you, many prophets and righteous men longed to see what you see, and did not see it, and to hear what you hear, and did not hear it.”

How privileged we are to participate in God’s story from the vantage point of the New Covenant.

Dr. Wilson pointed out the importance of being acquainted with the Old Testament Scriptures when he reminds us:

“to be cognizant of one’s past was essential for establishing confidence about the future.”

Msgr. Kevane agreed by pointing out that the “young people in school today are preparing to live the modern present. But the modern world is the outgrowth of the total past of mankind. The study of the past, therefore, is the key to understanding our modern world of today” (The Advent of Christ, Volume II of Divine Providence and Human Progress Series [Catholic University of America, 1962], 1).

No longer do we search aimlessly for meaning, trying to find ourselves. The adoption into the Catholic Church, the New Covenant, gives our life meaning, continuity, and challenge. However, it is one thing to have received the Bible as a family heirloom, it is another to live by it.

How the Mass Finds Its Roots in the Bible [Dr. Andrew Swafford Video]

This post is an excerpt from “His Story is Your Story” by Jeff Cavins, a chapter in Catholic for a Reason: Scripture and the Mystery of the Family of God, published by Emmaus Road Publishing. It was first published on The Great Adventure Blog, The Ascension Blog’s former home, on July 21, 2015 and has been modified to fit The Ascension Blog’s style. Learn more about The Great Adventure Bible studies here.

Jeff Cavins: In Memory of Mother Angelica
A Road Map for the New Evangelization
What about the Old Testament Saints?
Jeff Cavins: 'Father Scanlan Guided Me Home'
Has Ascension's free media strengthened your faith?
You can now offer ongoing support for this content with a recurring gift.
Support Ascension