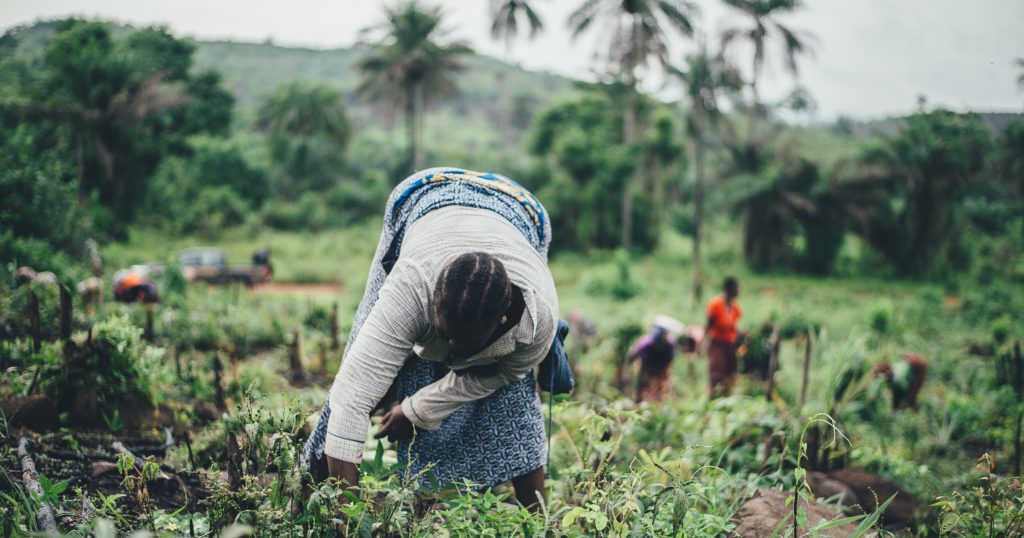 Have you ever tried to count to a billion? Yeah, me either. That would be a tall task and would seem to make no sense at all. We will get to that later.

In his Redemptoris Missio (Mission of the Redeemer), Pope St. John Paul II declares the strangest thing for the modern American Catholic. He states:

“The mission of Christ the Redeemer, which is entrusted to the Church, is still very far from completion. As the second millennium after Christ’s coming draws to an end, an overall view of the human race shows that it is still only beginning and we must commit ourselves wholeheartedly to its service.”

Can you imagine that? How can we just be in the beginning? Stop and take a moment to take that truth-filled thought in. It’s two thousand years after Jesus roamed the earth, and as a Church we are only beginning our mission to make disciples of all nations! But, how can we still have so much work left to do? What does Pope John Paul II mean?

Living in a Christian minority country can be so extremely adventurous and amazing. Nearly every day I pull out my cell phone, open my Uber app and request a ride somewhere. Usually my driver is someone of another religious faith. Great and beautiful people displaying Buddhist statues with burning incense on their dashboards, bright Hindu purples and oranges, a Muslim call to prayer on the radio … these things line my day.

But, I grew up in south Louisiana where we have a Catholic Church about every three miles and we refer to our counties as parishes. The Catholic Faith is in my veins, my culture, and my home. I have heard the gospel, I own a Bible in my own language, and my kids have rosaries and prayer cards. But, just a plane ride away, this is not the case at all.

Many Have Yet to Hear

When I arrived in Dhaka, Bangladesh my head began to spin; I had never seen anything like it before. This capital city is home to roughly twenty million people who are all stacked on top of each other. Dhaka is one of the densest and most overpopulated megacities in the world. I grew up attending Mardi Gras as a kid and I thought that was crazy, but Dhaka’s hot and muggy streets seemed like a constant overblown Mardi Gras parade of millions of people. When you walk some of the streets in Dhaka you often encounter human walking traffic jams. It’s nuts! There is rarely consistent traffic flow, and the man with the loudest horn generally controls the road.

One day in Bangladesh I journeyed with two priests deep into an outlying village whereby we met many workers in a tea plantation. These folks worked day and night to take home a mere ninety cents per day. My heart dropped as I saw exhausted and weathered women and children carrying large baskets of tea leaves on top of their heads to receive their minuscule daily wage.

What broke my heart equally is this humbling fact: Bangladesh has a total population of roughly 167 million people, yet only 0.5 percent of all of Bangladesh’s population is Christian. Most of them don’t know the love of Jesus Christ.

Counting to a Billion

The current world population is 7.8 billion people and growing strong. Of those 7.8 billion, roughly 3.2 billion are unreached and have yet to hear the gospel of Jesus Christ and respond to follow him. To put that into perspective for you: if you were to start counting today, it would take you roughly thirty-one years, 251 days, seven hours, forty-six minutes, and forty seconds to reach one billion. It would most likely take you more than your entire life just to count to three billion if you began counting at birth.

From the moment of the Great Commission until the end of the age Jesus Christ calls his Church to take his gospel to all nations (Matthew 28:16-20). Further, the Church refers to mission work or spreading the gospel among these people as mission ad gentes which is Latin for “to the nations.” She states:

“mission activity proper, namely the mission ad gentes, is directed to peoples or groups who do not yet believe in Christ, who are far from Christ, in whom the Church has not yet taken root, and whose culture has not yet been influenced by the Gospel.”

So, where are these unreached people?

As a cradle Catholic it’s hard for me to imagine that in the year 2020 there are people on earth who have not heard the gospel of Jesus Christ, yet there they were on display right before me in Bangladesh. The truth is that these 3.2 billion people in the world have by and large never (not even once) heard of the Good News of Jesus Christ. The gospel has not been penetrated and proclaimed to them or their family, or their village; they are still truly living in the dark, apart from Christ. They are living in places like India, China, Bangladesh, Nepal, and many other Asian and African countries. India alone is home to over 1.3 billion people, and ninety-eight percent of them have yet to hear the Good News. This is what Pope John Paul II was writing about in Mission of the Redeemer. We are indeed only at the beginning of our work of proclaiming Jesus Christ to the world.

Here I am Lord, Send Me!

The gospel is lined with men and women who encountered Jesus Christ and their lives were never the same. Look at the lives of the apostles. All of them left some or many things behind to devote their time, energy, and lives for the sake of proclaiming the gospel. Not one of them stayed the same when they encountered Jesus. Further, each one of them was sent far off into the world as missionary disciples. There was a tremendous need around them and they went, without counting the cost.

What about me? What about you? The mission of the Church is the same today as it was over two thousand years ago.

“Go into the entire world and proclaim the Gospel to every creature.”

This is our mission; this is the mission of the Church. How are we doing? Are we engaging and reaching the unreached with the gospel of Jesus Christ? Do their spiritual needs consume our hearts like the early Church? Are we women and men on fire with the love and mercy of Jesus Christ and the great glory of his Church?

As I sat for a cup of tea with a humble Bangladeshi Catholic family in their small impoverished mud-walled home, I learned that the Church there had tremendous faith, yet had little to no resources, formation, and infrastructure. Their priests and religious could hardly meet the daily needs of the very small Catholic church there, yet alone reach the close to 167 million people who still hadn’t heard of Jesus. The laity were often under formed and were just being introduced to the basics of their faith as adults. Once again, my eyes were opened. I thought to myself, In America we have so many well-formed and resourceful Catholics, yet we tend to stay where we are.

“God is opening before the Church the horizons of a humanity more fully prepared for the sowing of the Gospel. I sense that the moment has come to commit all of the Church’s energies to a new evangelization and to the mission ad gentes. No believer in Christ, no institution of the Church can avoid this supreme duty: to proclaim Christ to all peoples.”

As I read those words I have to humbly and honestly ask myself, What amount of energy have I committed in my life to a new evangelization and to the mission to the nations?

If I begin to count to 3.2 billion, yes indeed I will be unbelievably overwhelmed at the tall task before me. But, if I glance within my own soul at the end of Mass I will be reminded of two things: I have been given Jesus Christ in his fullness and totality in the Word of God and the Eucharist, and that same Jesus Christ is sending me into the entire world to go and announce the gospel with my life! This happens one person at a time and will require much from us, but our reward will be great just like it was for the apostles.

So, where is the Holy Spirit sending you and me? Our time is now and the need in our world is tremendous. Don’t spend your entire life counting to a billion or counting the cost of taking Christ to the world. Now is indeed the time to commit all of our energies to the new evangelization and the mission ad gentes. Come Holy Spirit!

Early Church and Evangelization with Dr. Scott Hahn [Every Knee Shall Bow Podcast]

Phillip Douglas and his wife, along with their six children are full time lay Catholic missionaries currently serving in Southeast Asia with Family Missions Company. He is the author of Glorious Adventure: Discovering the Treasure of Taking Christ to the Nations and Finding the Father: Reflections of Grace, Mercy, and Healing in Fatherhood. To follow their journey please visit www.phillipdouglasbooks.com. To learn more about becoming a full- time lay Catholic missionary visit www.familymissionscompany.com