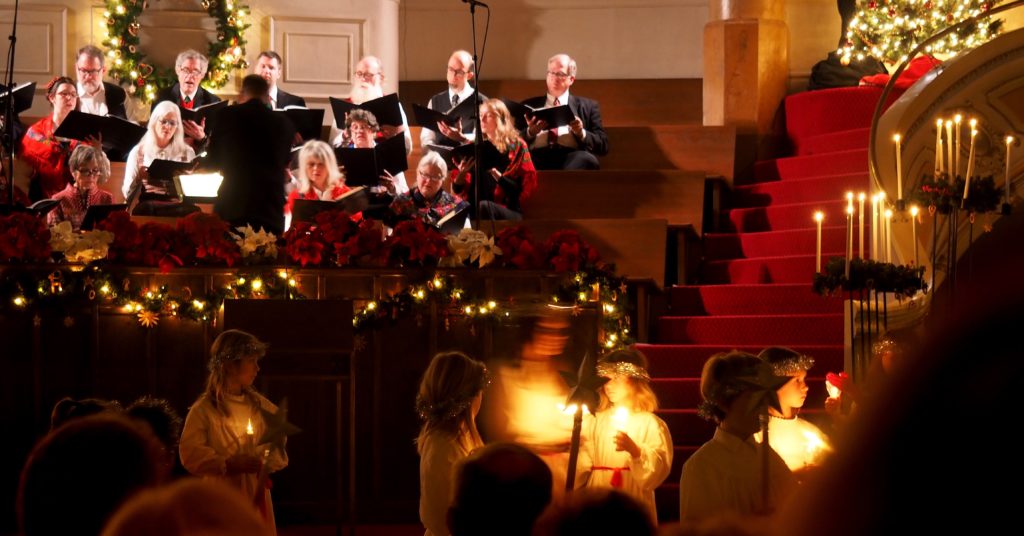 If your song is grounded in our Catholic faith regarding the Mass—the most heart-rending, cosmos-altering, critical reality to take place in time and space—then I believe your music is capable of communicating your understanding of that transcendent truth into the hearts of others. This is, after all, the venerable task of the parish choir. So, how can a parish assemble a choir that responds to the awesome and urgent nature of this call?

Recently, I had a candid conversation with a friend of mine who is a prominent manager of opera singers and symphonic instrumental soloists. While no formal study exists to prove his assertion (as such a study would put conservatories out of business), he estimated that less than ten percent of the many thousands of people who graduate from college with a music performance degree each year ultimately make their career in the field. The rest, like many with arts and humanities degrees, go on to serve the world in other ways.

However, I suspect those who abandon the field never quite stop to consider the powerful weapon they have. Like a sword labeled “for theatrical use only,” it fails to serve the purpose it could in a fight. And friends, most Catholics I know realize that we are indeed in a fight—a fight for our Church in which the fate of souls and the consolation of the breaking heart of Christ who died for them hang in the balance.

How did the sword get mislabeled? And how does this affect the effort to start a parish choir and its efficacy? Part of the issue may lie in our culture of consumerism, which has increasingly limited music to entertainment. Of course, there’s nothing inherently wrong with music as entertainment. In fact, as beauty is one of the three transcendentals that can lead us to God, beautiful entertainment can do wonderful good!

However, there’s also something a little silly about what those of us who do make our careers in music see as our aim. (I point a finger firmly in my own direction here.) For instance, of those who manage the arduous task of becoming classically trained in voice, the number who make up the professional field are fewer than the baseball players who make the major leagues. Further, such selection ultimately has less to do with a singer’s abilities than the mood of the industry and many things far more capricious.

If, however, someone were among those wildly fortunate selectees, the reward for her life’s labor and risk would be, finally, to don a viking helmet and a somewhat chilling metal brassiere in order to charge around on a pretend horse. Why does such silliness even exist? Because good music is so powerful that it can make even the most absurd stories feel meaningful and moving.

How much, then, are we serving the Truth in the Mass itself—that which is essential for the salvation of souls—with that same power? How much are we using music for the highest purposes given it by God himself? If we are not asking this, we are taking a terrible risk.

This might be easier to see in another field. Let’s say God gives two men extraordinary strength, which they both develop with great discipline. Is it the one who becomes a cage fighter who has used his talent to its highest purpose, or perhaps the one who becomes a soldier and a father, using his strength to protect and defend those entrusted to his care?

One piece of starting a parish choir, then, would be to find those in your congregation, among the many thousands of trained music graduates who have abandoned their field, and help them feel the dignity of being the soldier, not the entertaining boxer, in this story. Statistically, there should be a few in your pews. They might even be shy to come forward, as—unless you are starting a choir at a brand-new parish—the current style of the music ministry might be giving them the feeling that a professional hand is unwelcome.

There is almost a false egalitarianism which suggests that in order for a ministry to be inclusive, it must be leveled to the lowest possible common denominator of ability and remain there. To apply this to the Mass, however, is to forget what actually takes place there. Again, this is easier to see in a different context.

Sensitivity to the Sacred

I once visited a parish where an extraordinary minister of Holy Communion handling the chalice had an advanced case of Parkinson’s Disease. In my terror at what could happen, I mentioned this, and was met with the response that we certainly wouldn’t want to treat the man insensitively. This is a worthwhile concern. However, the priorities implicit in this response seem to forget that it is Jesus himself—profoundly more vulnerable and sensitive than even the shaky server—present in the Blessed Sacrament.

To treat him as if this wasn’t the case was to imply to the congregation that it simply isn’t. We Catholics are responding to the messages we are receiving. Are we surprised, then, that a recent Pew Research Center study reports that only thirty-one percent of Catholics actually believe in the Real Presence? If you are considering starting a choir, you are taking up one of the most impactful solutions to this crisis available to the lay faithful.

Do we realize that music can have the same impact as that precarious presentation of the chalice? Music is a sword indeed, and it has two edges. Just as the power of music can take a silly story about ladies in viking hats and make it seem moving and meaningful, it can also take the most profound and powerful truths and trivialize them.

The person in the pew, with some reason, is led to think “Well, that certainly can’t be God, or we would be more worried about spilling him into the carpet.” Similarly, they think, “Well, that certainly can’t be God. If we greet the president with a brass band playing ‘Hail to the Chief’, then we’d at least try to greet God with something even more respectful, if it were really God.”

None of this is to say that only professionals should be welcome in your choir, or that the musical style should be exclusively classical. It is to suggest that you may want a few foundational members in your choir to have knowledge of the skills and discipline that classical training imparts. The rest of your recruitment will target the mildly-musical faithful.

However, it is a theological grounding in the Mass, an increase in Eucharistic devotion, that will mold the mission and performance of a choir—prompting both the professional and the amateur to strive for great excellence. Where this is missing, there can be no rightly-ordered effort toward excellence. Where it is present, I doubt there can be true failure in it, regardless of a choir’s composition. So, I suggest that the first and most important ongoing step in founding a choir is to immerse those potentially interested in the theological realities of the Mass.

Maybe this could be a choir retreat. Maybe a workshop. Maybe a spaghetti dinner/book club. Maybe a discussion series based on Jeff Cavins’ fantastic reflections on the parts of the Mass located here on Ascension’s blog. Such tools are readily available to help.

This rootedness will solve difficulties and distractions before they happen. The choir will not be seen first as a social or performance opportunity, but one of devotional service to Jesus in the Eucharist. Potential participants will then understand that both a certain basic level of aptitude for music and, even more importantly, a willingness to constantly work for improvement, is necessary. The idea of giving Christ, truly present, anything less than their best should trouble them.

With these understandings, the next step—that of implementing auditions for admission and a policy of dismissing members who do not desire or practice to improve—should not be bothersome for the choir. If there are those who wish to enjoy music as a social opportunity or wish to pray communally in song without these requirements, this should absolutely be encouraged as a separate activity. They could together found other organizations, such as a Taize group or a praise and worship music club, separate from a choir whose purpose is to support the sacrifice of the Mass.

Context and a Coda

We humans respond to externals. We respond to context, and we are particularly vulnerable to misunderstandings when context misleads us.  The work of the parish choir has everything to do with how the faithful in the pews understand the reality of the Mass, or don’t.

The job of the choir, then, is to provide an external context which helps the congregation recognize the sacred reality that Christ becomes truly present in the Mass. We can never forget that the Mass is the very sacrifice of calvary itself. It is nothing less than Jesus’ suffering, bleeding Sacred Heart revealed on the altar. When a choir is called together and understands their purpose in this way, their faith will obligate them to produce the beauty that allows others to recognize Christ before them.

The Good and Bad of Music Ministry

All About Advent: Christmas Music, Prayer, and the Liturgical Calendar