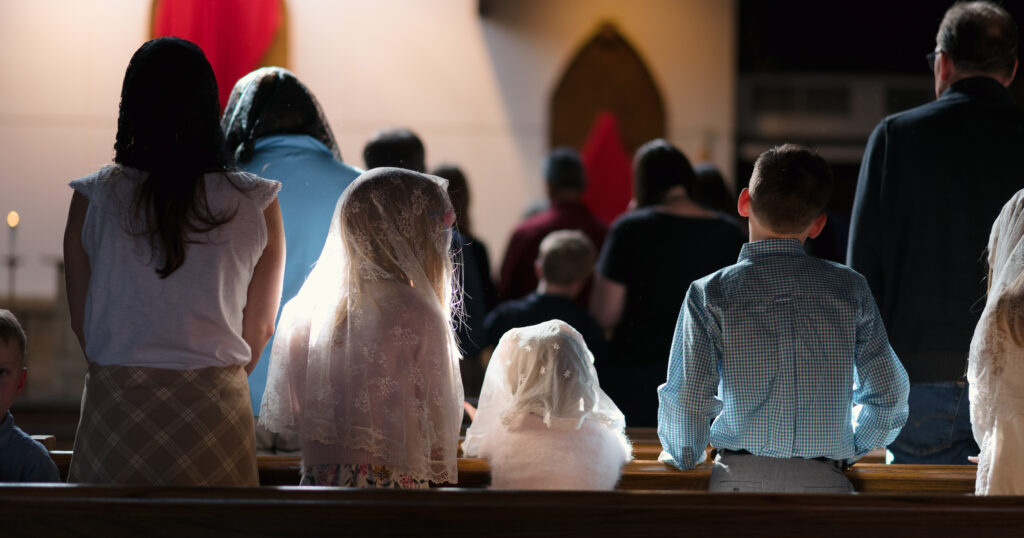 In this series we’re looking at different parts of the holy sacrifice of the Mass, while illuminating various aspects so we can more actively participate. You can find the previous parts in this series below:

So many of us go to Mass and say the same things week after week. We get up, sit down, kneel, make the motions; but we don’t think about the biblical foundations of what we’re doing and how it can change our life.

In the second part of the Introductory Rite, we do something that is in a way kind of shocking. We stand and we collectively confess our sins. We don’t say them individually like we would in confession, but we generally make a confession about things we should have thought about before we came to Mass, some of those things that have gone on in our lives throughout the week that have impaired our relationship with God. We need to bring them to the Lord and ask him to forgive us.

Part of what we’re experiencing in the Mass is a sacrifice, and as a sacrifice—as we will see later—the Mass requires that the priest purifies his hands, as any priest would in the Old Testament before a sacrifice. But we, as the priesthood of believers, are also cleansing our hearts, hearing God, and receiving the Eucharist. We cleanse our hearts in what is called the Confiteor:

The Need to Confess

It’s a beautiful prayer and we all say it. What’s happening during that time in the Mass when we make that confession? Well, the Church teaches us that in the holy sacrifice of the Mass we actually have an opportunity to deal with venial sin in our lives, which weakens our relationship with Christ—not to be confused with mortal sin which breaks that relationship. For mortal sin we have to go to confession to be forgiven, but the venial sin in our life we can actually take care of during Mass.

But here’s the key: if suddenly you stand up during the Mass and say, “I confess to almighty God and to you my brothers and sisters that I have sinned … ” but you haven’t thought about it, what are you confessing? Sure, there’s a general admittance that I’ve sinned, but I haven’t really thought about it and I’m not sure what it is. So part of preparing for Mass is thinking about your week, and the areas with your family where you’ve fallen short. Or is it something at work? Or your own walk with Christ? Is it your thoughts? Things you’ve said? There could be many areas where we’ve failed God. In fact, the Confiteor breaks it down into four things. It’s really beautiful:

Next time you go to Mass, when you begin the Confiteor and you confess, think quickly, “What did I do this week?” Hopefully you prepare for this before you go to Mass. If you’re bringing your kids to Mass, you might want to tell them these things along the way. Tell them, “We’re going to have an opportunity to confess our sins. You just think about it. What have you thought, what did you say, what did you do, what didn’t you do that you really need to bring to the Lord?”

Isn’t it beautiful that at every Mass you get the opportunity to deal with the sin in your life? Sin weighs you down. Sin will make you a different person, but in Mass you can take care of it if you get actively involved.

Why Sunday Mass Is an Obligation

Altaration: the Mystery of the Mass Revealed (study program)