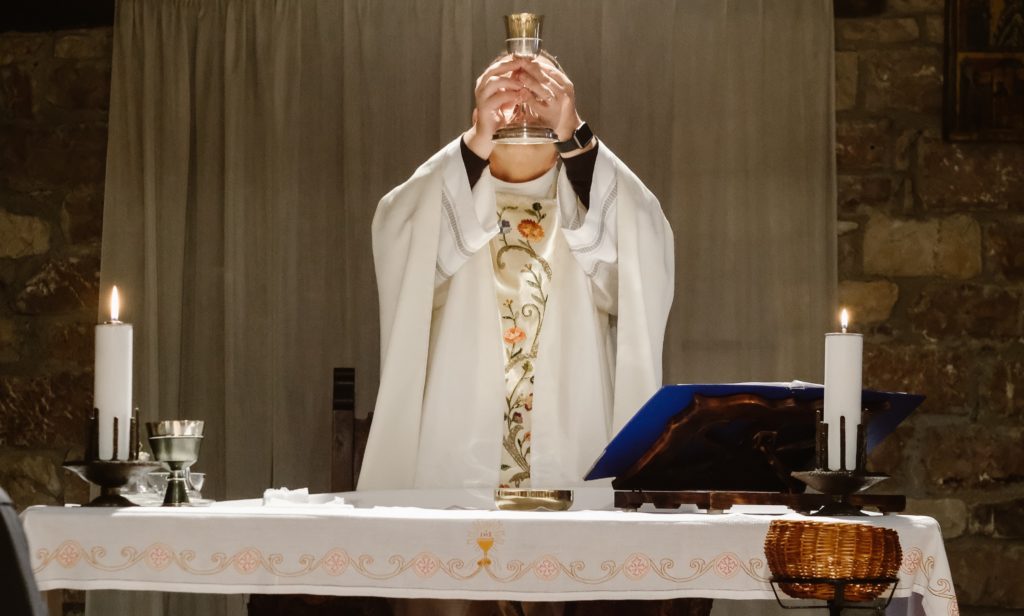 While discussing with me the sex abuse crises in the Church, a friend of mine involved in seminary formation made an alarming statement: “If (for example) there were forty seminarians in the seminary I would be confident in seeing only three out of those forty men ordained to the priesthood.”  The rest, he said, (the vast majority) are, “too psycho-sexually wounded and disintegrated to even think they could survive or live fruitful lives as celibate priests.” Very discouraging and alarming odds, yet sadly understandable if we take an honest look at recent history.

Candidates for the priesthood do not come out of the air or beam down from the planet Mars. They grow out of the moral soil of our culture. This soil has been rendered radioactive by the nuclear fallout of the so-called sexual revolution: contraception, divorce, pornography, gender identity confusion, entitlement and narcissism, moral relativism, the breakdown and war on fatherhood and masculinity, attachment and a spirituality of entitlement. Add to that a general absence of even minimal ascetical disciplines such as abstaining from meat on Fridays.

Now generations of young men have been rendered handicapped in the areas most essential to priesthood—chastity, a deep, mystical sense of manhood, fatherhood, spousalhood and the ability for self-donation and mature intimacy with humans and with God the Father. Herein lies the source of the sexual abuse and vocation crises in the Church.

A Priest’s Husbandhood and Fatherhood

Tightening the Dallas Charter, stricter Safe Environment policies, routing out the bad guys, holding hasty summits, transparency, accountability and full disclosure are simply bureaucratic default positions that focus on after-the-fact. These measures play to the secular media and make it appear that we as Church are really doing something about this crisis. But these measures will not get to the origins and healing of the problems. It will require a soul level transformation of Church and society. This is a tall order.

In the meantime priestly formation must retrieve two essential pillars of the spiritual life that have gone missing—the mystical and the ascetical. With the help of tools like St. John Paul II’s Theology of the Body, the writings of the Church Fathers and the spiritual wisdom and praxis of the desert fathers and great mystics of the Church, candidates for the priesthood must come into a mystical and palpable understanding that they are to be men in the fullness of everything that manhood means such as being a husband and father. Seminarians and priests cannot be urged to run from their sexuality but rather to run headlong into it—into its mystical, sacramental, and revelatory nature. But even this will not be sufficient.

The place where the priesthood finds its fullest identity is at the Altar, the Eucharist. If priestly formation can be transformed to immerse a candidate into the deep, mystical understanding of his husbandhood and fatherhood, then it becomes critical for the priest to find a congruency at the place that most defines his priesthood.

The Nuptial Character of the Mass

The Liturgy of the Church is the ultimate context for the mystical meaning of human sexuality, of complementarity, which is a sharing in the relationship of the Bridegroom Christ and his Bride, the Church. Classic Church architecture, art, ritual, gesture, and text preserved this fundamental nuptial character. After the Second Vatican Council (but not actually because of the Council itself) this nuptial character was all but obliterated when in the Liturgy of the Latin Rite, the priest began facing the people and the separation between the holy of holies (sanctuary) and the nave disappeared.

Pope Benedict XVI realized the essential connection between the deep meaning of the male priesthood and the Altar. The Holy Father’s motu proprio giving permission for priests to offer the Liturgy facing the Altar, (facing East—ad orientem) far from being some throwback to the ‘old days,’ was one step on the way toward restoring the ancient, yet ageless nuptial character of the Latin Rite Liturgy.

If mystical manhood, fatherhood, husbandhood, and the nuptial character of the Liturgy and the priesthood can be re-integrated it will help men to know who they are as priest-men and how to be that for their Bride. Those who cannot relate to this will know that they simply need not apply.

What’s Missing from Most Responses to the Sex Abuse Crisis

Deleting Debate: McCarrick, Capital Punishment, and the Demise of Discourse

Fr. Thomas J. Loya, STB, is the pastor of Annunciation of the Mother of God Byzantine Catholic Church in Homer Glen, Illinois. Fr. Loya, who has a master’s degree in counseling and human services, is very dedicated to evangelization through media where he is a regular guest speaker on several Catholic radio programs. His long running radio program “Light of the East Radio”—which can be heard on EWTN Radio affiliates across the United States—brings the beauty of the east to the western world. Using his many gifts, talents, and life experience Fr. Loya uncovers the ageless beauty and genius of the Sacramental Worldview. Anyone who has heard Fr. Loya speak might say that he has the soul of an artist, the mind of a theologian and the compassion of an ascetic.

Photo by Josh Applegate on Unsplash