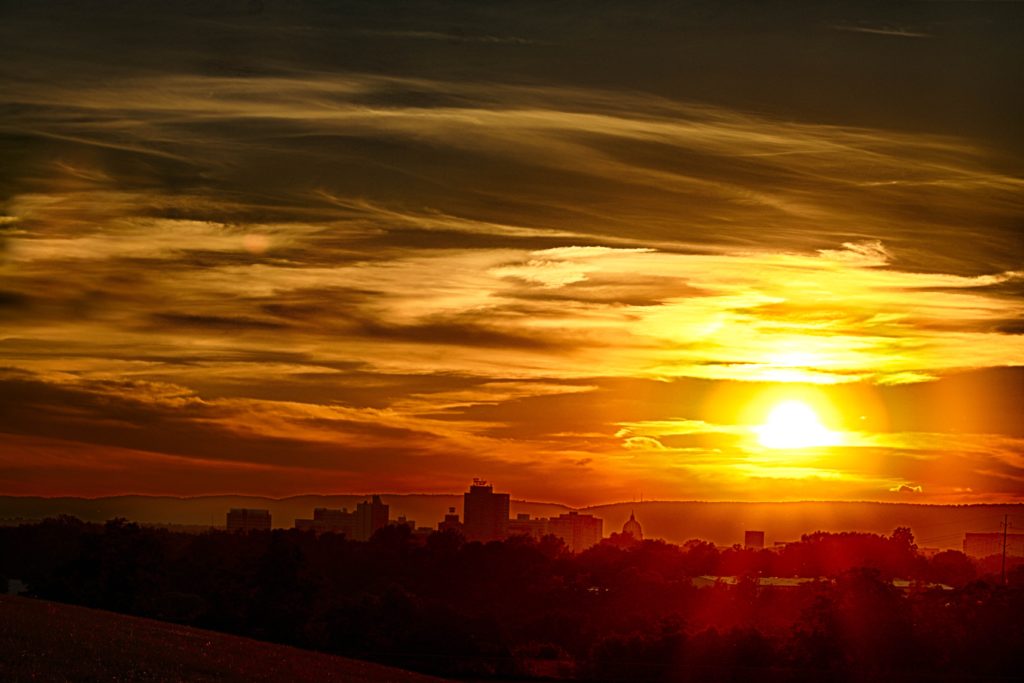 First, I share the same outrage that everyone else feels toward the heinous things done, especially to the youth—the way in which purported spiritual fathers corrupted and defiled tender hearts and minds. And we should all be outraged by those who actively covered up their misdeeds, or enabled them by turning a blind eye.

Happily, I am starting to hear the above sentiments from clergy in select homilies and the like. But I have to say, there is something almost consistently missing: namely, any reference to the homosexual dimension or the laissez-fair attitude toward clerical sexual promiscuity which led to this problem.

Bishop Robert Morlino of Madison, Wisconsin is a clear exception, as his letter articulated two things pertinent to this Catholic crisis: (1) though politically incorrect to say, there is a homosexual component here; and (2) what’s different in the summer of 2018 is the revelation of an ecclesial culture that has grown accustomed to sin and is thereby willing to overlook it.

This is not to say that homosexual persons are more likely than others to be child predators. But frankly, part of the problem is the fact that this crisis is consistently described as primarily one of pedophilia. According to the oft-cited John Jay report from 2004, which tabulated all the abuse cases from 1950-2002, the vast majority of cases had male victims (and thus were same sex acts); and even more importantly, 78 percent of the victims were post-pubescent (e.g., 14-17 years old). These latter victims are certainly minors, making the relationship no doubt predatory. But given that these victims were post-pubescent, it is hard to deny the homosexual aspect here.

Further, almost all the outrage I’ve heard from clergy and the episcopacy (including Pope Francis) concerns condemning the abuse of minors—which of course, we should be outraged by. But there is more that should infuriate us: between the McCarrick scandal—and a host of other allegations that have come to light since then—there is certainly a culture among some clergy and bishops that is perfectly fine with priests committing sexual acts. But almost no one (Bishop Morlino excepted) seems willing to address this elephant in the room.

How could a homosexual subculture exist among the clergy? Well, one reason that’s been anecdotally proposed is that when heterosexual priests fail in chastity with a woman, they typically leave the priesthood. Not so with homosexual clergy. Consequently, such networks grow over time and they (allegedly) seek to groom new seminarians and young priests, attempting to incorporate them into their circle—or, intimidate and bully anyone who might blow the whistle on their immoral behavior.

Here’s what I’m disappointed in not hearing from our clergy—because herein lies a lesson for us all:

I’d wager the answer is a resounding “no” to all of these questions.

For many, the time after Vatican II was a time of crisis in theology and Catholic identity, leading to a lukewarmness in the Catholic Faith—a lukewarmness which made many, lay and religious alike, less sensitive to the gravity of sin, and which led to an openness to entertaining certain (sexual) sins. This dynamic went hand in hand with a lack of personal commitment to Humanae Vitae—which obviously played out in their behavior, and no doubt explains their clear reticence to preach it from the pulpit.

Sin affects us all. But what makes the summer of 2018 so very different from 2002 is that in the earlier crisis, it felt like a small percentage of priests committed some terrible acts—the majority of which happened a long time ago. In 2018, it’s not just a few wayward priests—but a widespread complicity and ecclesial acquiescence to the sexual revolution among the hierarchy!

The Lesson for Us All

Jesus teaches us that if our right hand causes us to sin, we need to cut it off. This means we need to take the gravity of sin seriously and radically avoid the near occasion of sin. When our prayer dries up—when lukewarmness sets in—our spiritual defenses are diminished and we open ourselves up to a whole host of sins.

Thus, a clear place to start in the spiritual life is: (1) avoid the near occasion of sin; (2) persevere in prayer constantly and consistently; and (3) take the reality of hell seriously and recognize it as a possibility for me, if I do not persevere in faith and charity.

These three things are not the whole of the spiritual life. But when these traditional reflections and practices are abandoned (as happened in droves after Vatican II), then we shouldn’t be surprised when both clergy and laity alike have dalliances with over-drinking, drunkenness, and habitual failures in chastity.

As a college student, I was involved in FOCUS (Fellowship of Catholic Students), and one of their mottoes is the Big Three: Chastity, Sobriety, and Excellence. The idea was not that this is the whole of the Christian life—but rather that, if these three were pursued vigorously, then it’s likely that many other things would fall into place as well. The converse is also true: where failures in chastity and sobriety abound, many other spiritual problems almost certainly lie around the corner.

What all of these tragic stories of crime and sexual escapades almost certainly have in common is a failure to pursue—in a relentless way—chastity and sobriety. Again, lukewarmness here is the pre-condition for many other grave sins and spiritual depravity.

Is the sex abuse crisis merely a homosexual problem? No, of course not. But it is undoubtedly a failure in chastity and a failure to embrace, in life and thought, the teaching of Humane Vitae. As I mentioned above, in light of all these revelations, is it any wonder we’ve heard so little preaching about Humanae Vitae over the last fifty years? When significant swaths of the clergy don’t embrace it and own it for themselves, how could they ever preach it with confidence and conviction? And if some were living in outright contradiction to it, then that certainly explains why the average parish has heard so little about it.

I’ve recently asked several priests about their seminary experience. My sense is that those forty and under say their experience was completely different from the stories we’ve been hearing; in other words, these younger priests are convinced that things had been cleaned up by the time they got there.

I pray this is true; for the first time in my adult life, I have questioned in recent months whether I would want my boys in seminary—thinking that maybe it might not be best for their salvation.

I have never witnessed this kind of passion and zeal from the laity. And I sense—despite the overwhelming negativity of all we’re hearing—that there is a tremendous awakening occurring right now, a renewal that will bear real fruit. It will be painful, no doubt; but we need everything to come to light. Jesus will cleanse his Church and she will be more beautiful because of it.

What if all of us—religious and laity alike—lived every single day as if it were our last, such that we were ready to meet our Creator this very night? The loss of this kind of zeal is what made this crisis possible. And its ultimate fix will come not merely from new policies, but a return to this kind of gospel vigor.

Coming to Our Senses: Growing Confusion on Gender Identity

YOU: Life, Love, and the Theology of the Body