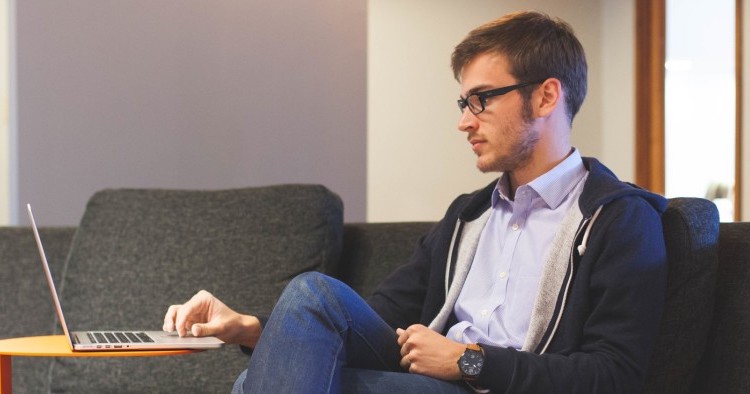 A colleague recently told me about a post she encountered in her Facebook newsfeed. A newlywed wife posted a picture of her husband serving her a gourmet breakfast two days after they returned from their honeymoon. My coworker humorously remarked that even though she and her husband have only been married a year, their marriage already looks a bit different.

This exchange echoes a theme found in a recent article in the British newspaper The Telegraph entitled “The Trend for Facebragging Could Be Fueling Divorce.” Facebragging is when someone uses social media to “show off under the guise of ‘sharing’ news.” Some divorce lawyers, the article from The Telegraph claims, believe that facebragging fuels marital discontent and even separation. Social media can easily feed our human tendency to compare ourselves with others, and, as Eleanor Roosevelt allegedly said, “Comparison is the thief of joy.” The

The divorce lawyers cited by the Telegraph article note that they increasingly deal with spouses who see the “marital bliss” shared by other couples in their newsfeeds, and begin to feel like their marriages pale in comparison. If a wife frequently posts that her husband often surprises her with gifts or wonderful vacations, another wife could easily wonder what is wrong with her marriage. Or if a husband reports that his wife showers him with affection and intimacy on a regular basis, another married man might ponder why his own wife does not do the same. The examples are endless, but what they all have in common is that they involve people spotlighting the joy in their marriages, thereby potentially inviting other couples to envy their happiness.

In a society where an increasing number of people fail to see the value of marriage, it is important that we as Catholics witness to its joys. I know many good people who believe social media provides a platform to do that. I certainly am not discouraging people from posting positive things about their marriages on Facebook. However, I do think we have a responsibility to examine our motives and the potential consequences of our actions—even those on social media. If a divorce trend is being fueled by social media, there are several questions we should consider before posting:

1. What is my motive for posting this story or anecdote?

For example, you could post a picture of your spouse completing a marathon because it brings joy to your friends and family to share in the occasion. Or you could post the same picture because you want people to see that you have won the “spouse lottery.”

2. Could my posts collectively make it seem like my marriage is perfect?

Can I acknowledge, in a prudent way, that my marriage has its own sacrifices and challenges?

Social media, by its nature, paints a limited and often unrealistic picture of life. If we use social media frequently, we should think of ways to more holistically represent ourselves. (Naturally, we also need to be prudent in keeping some intimate details to ourselves.)

3. How do I reference my faith in relationship to my marriage? Is it possible that my posts imply that my family is favored by God?

While everything we have is certainly a gift from God, God does not grant easy lives to everyone. And, nor does our material fortune mean we are blessed. The examples are endless where persons experience great joy and blessing, and yet do not have much materially.

There is power in social media, and often the comfort of being “behind the screen” rather than face-to-face can cause us to be sloppy. The takeaway here is that, as we continue to be more tethered to an electronic world, we must never forget the incarnational world. What we would do in front of people is likely how we should also act when communicating through the digital cloud. As Catholics, we probably should err on the side of thinking a little less of ourselves, and more of the plight and mindset of others. Shakespeare said it well through a court jester, who said to King Lear:

“Have more than thou showest

Speak less than thou knowest.”

This article was first published on matthewpinto.com in September 2016.

Do You Need a Break from Social Media? (video)

What Not to Do on Social Media (podcast)