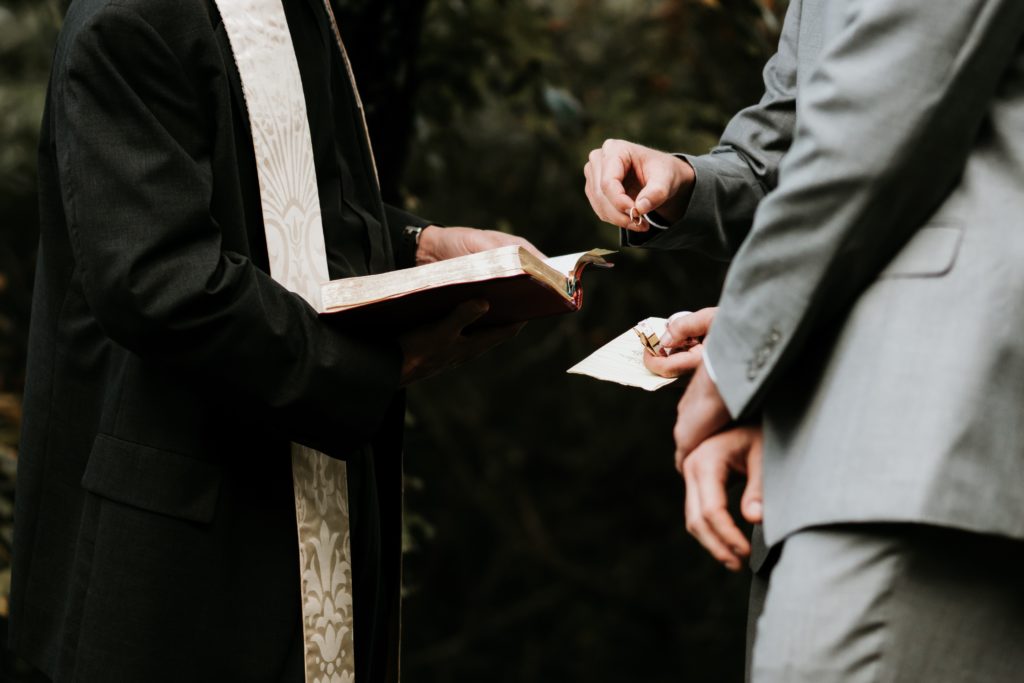 Prior to the allegations of Archbishop Carlo Maria Viganò, Pope Francis’ response to the most recent sex abuse scandal was to name clericalism in the Church as the major culprit in creating an environment for abuse to thrive.  (For those who are not aware, clericalism is an umbrella term that denotes a belief in the superiority of the clergy over the laity). While more conservative voices quickly pointed out how Francis failed to address another major contributing factor, namely homosexuality in the priesthood, I am inclined to agree with the author of The Benedict Option and columnist at The American Conservative, Rod Dreher. A potent mixture of homosexuality and clericalism are to blame.

A few weeks ago, I was brought face to face with symptoms of clericalism.  For the Feast of the Assumption, I made a pilgrimage to the National Shrine Grotto at Mt. St. Mary University in the Appalachian hills above Emmitsburg, Maryland. This pilgrimage was particularly meaningful, as I took it in preparation for my upcoming marriage exactly a month from then. Accompanying me was a seminarian friend of mine. Along the way to the aptly nicknamed “Mount,” we chatted about happy experiences in his pastoral year and issues arousing deep sadness in recent headlines.

As the old saying goes, it’s not the destination, but the journey. Not that the destination was lackluster either. It was nothing short of stunning. From the old French architecture of the university buildings, to the view of the countryside below the mount, and the holy silence of the forest grotto to Our Lady, it is most certainly a place to which I love to return and return again.

Deeper Issues Within the Body of Christ

Having arrived, we spent some time fumbling around the university buildings to find the entrance to the grotto. We made it up there just in time for the noon Mass. Compared to the rest of the grounds, the chapel was rather drab. Nevertheless, it was a moving experience (God even forgives us for our bad taste in architecture) made slightly amusing by the knowledge that my seminarian friend was silently critiquing the way the “mountain boys” carry out the liturgy of the Mass. He attends a rival seminary and was quite satisfied to find that his own school is superior in liturgical matters. Not even a seminarian is immune from a bit of good-hearted rivalry.

Upon being dismissed from Mass at the grotto chapel, I quickly discovered another aspect of a priest-in-training’s life, namely ardent fans. We were approached by two people in rapid succession. Both of which were eager to learn if we were seminarians. Upon learning that my friend is a seminarian, the response was elation. Upon learning of my own doings, namely that I attend a seminary school but am not becoming a priest, the reaction was one of disappointment. I was informed by the first person that they would pray ardently for my friend, and for me as well, though “not as much.”  To counteract the second person’s disappointed stare, my friend ventured that I was getting married to which the reply was, “You’ll have lots of children, right?”

My initial reaction to this incident as a soon-to-be husband was one of annoyance followed by a desire to view this experience as an opportunity for humility.  After all, I was on a pilgrimage for my upcoming marriage, and the Lord knows I need humility. Nevertheless, I have continued to dwell on these encounters over the past week, as they seem symptomatic of deeper issues within the Body of Christ.

The Noble Duties of a Husband and Father

As we walked away from his fans my friend commented to me that it is as if a soon-to-be priest is worthy of high esteem, but a soon-to-be husband is not.  It’s a sad reality. I remember during Pre-Cana, the gentleman leading it told the class of engaged couples that, traditionally, married life was looked upon as a lesser good than the celibate life in the Church.  As an evangelical convert from a tradition which holds marriage in the highest esteem, I have witnessed this in the Catholic Church. While Church teaching really does hold marriage in the highest esteem, there have been people in the Church throughout history, influenced by Gnosticism, which have not.

Gnosticism, ever ready to divide the Body of Christ, has festered in certain corners of the Church, and clericalism is one of its many manifestations.  A key aspect of the former is an emphasis upon the spiritual as good and the physical as evil, along with a caste system dividing the society of those who are involved in the physical world from those who have fully embraced the spiritual and possess special, gnosis, or knowledge.  Clericalism in the Catholic Church takes a similar form.  Those pursuing the celibate life as priests or religious are venerated by a lazy laity that view celibacy as a higher form of spiritual life and more taxing.  This view is firmly rejected by St. Clement of Alexandria who wrote:

“True manhood is not shown in the choice of a celibate life; on the contrary, the prize in the contest of men is won by him who has trained himself by the discharge of the duties of husband and father and by the supervision of a household, regardless of pleasure and pain–by him, I say, who in the midst of his concern for his family shows himself inseparable from the love of God and rises superior to every temptation which assails him through children and wife and servants and possessions. On the other hand he who has no family is in most respects untried.”

Walking Worthy of Your Vocation

His statement is a far cry from the attitude which perpetuates a lie, dividing the Body of Christ into castes and making the laity view their role in the Church as to receive the benefits of the more “spiritual,” namely the clergy, as the latter administer the sacraments to them.

Frequently at Mass, we pray for more vocations to the priesthood and consecrated life.  I would suggest this prayer, while good intentioned, is slightly misplaced. We should not be focusing on these two specific fields in our petition for more vocations. The “priest shortage” is often bemoaned in the United States, but more priests will not adequately heal the crisis of faith which has been afflicting the Church in recent years. It is critical that there arise faithful laity, out of which the clergy themselves are called, to partner with the clergy for the good of the whole Church.

Pope St. John Paul II understood this well.  Recently, I have had the privilege of recording an audiobook of his apostolic exhortation, Christi Fidelis Laici, for the upcoming study by Michael Gormley called Radical Communities. The main thrust of this apostolic exhortation is that the Catholic social teaching of subsidiarity needs to be applied in the Church as well as the secular world.  In other words, that the laity and clergy follow the words of St. Paul in Ephesians 4:1:

“I therefore, a prisoner for the Lord, beg you to lead a life worthy of the calling to which you have been called.”

Only then will the Body of Christ be healthy and whole through holiness when all of its members are faithfully pursuing their vocations. As Fr. Mike mentioned in his recent video on the sex abuse scandal, the only appropriate response for Christians to the wily stratagems of the devil with which he assaults the Church is for each one of us to strive to be a saint.  Everything else hinges upon that one goal.

Photo by zelle duda on Unsplash.

Liberty, How Can We Rediscover You?

The New Age Movement and Where It Came From