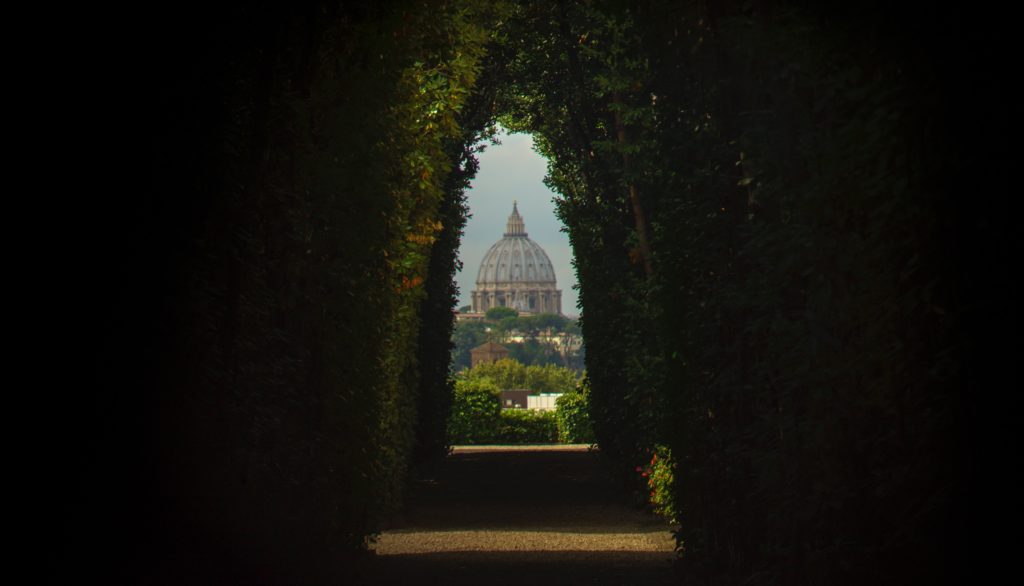 St. Augustine and I share much in common.  I also was once a Manichee. Not literally of course, but, since the roots of Calvin’s heresy stretch back to that ancient falsehood, I feel a certain kinship with the Bishop of Hippo in this regard.  Like him, I was very studious and zealous for the truth. Like him, I helplessly groped about for it in dark places until I found it in the person of Love himself, Jesus Christ. This is my story. 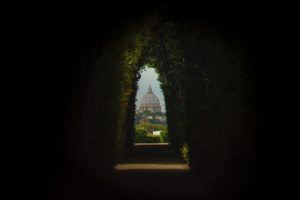 My background is exceptionally ecumenical. My father comes from a very stalwart Catholic family of German, Swiss, French, and Irish stock. Though the most recent generation is Catholic only in name, a cultural heritage of faith dating back millennia does not fade so easily. I have many memories of attending Mass while visiting family, prayer at mealtime during which my grandmother never ceased to remember the “faithful departed,” and her insistence that I pray to my namesake if I wished to find something that was lost.

Little did I know that I was lost.  If I knew one thing it was that I had no desire for aid from St. Anthony. My mother was raised Lutheran, and, since my father was apathetic when it came to his own faith, I was brought up as an ardent Protestant. To my young eyes, my Catholic family, between the many lukewarm and select devout, were heathens or superstitious fools, though well-meaning. I never hated the Church. I just did not understand it.

My own faith was fairly nubile of course, fitting for my age. I had asked Jesus to come into my heart and that was it. Or was it? I never felt satisfied that I was truly saved. As such, I would nightly petition the Lord for forgiveness of my daily iniquity. As I grew older, I became convicted that this prayer regimen was ungodly as it suggested a “works-based salvation.” However, giving it up, returned me to fear.  I had no idea if I was saved. During this time, my mom and I attended many different Protestant churches. None of them offered the rest my heart sought.

It was not until I began studying the Reformation in high school that I gained a modicum of rest. It would approve illusory. The vacuity of modern Protestantism had made my mind parched for truth and meaning.  I latched onto the doctrines of John Calvin like a man dying of thirst. The concept of predestination was so novel to me, and it erased my fears regarding my eternal salvation. God had saved me, and I could not be damned. He had willed it. I did not even care so much about the sacrifice of Christ. Before time began, he had ordained me to be saved. It would have happened one way or another.  For the first time in my life of faith, I felt peace. However, as I would learn later, it was not Christ’s peace. My love affair with Calvinism dissipated as soon as I learned about the debate between supralapsarianism and infralapsarianism. God became a hideous monster to me, not unlike the devil. Once again, I was afraid.

Nevertheless, our gracious Lord would not permit me to remain far from him. He had given me a voracious love for learning and proclaiming his truth. Though I was far from him, he would not abandon me. Having always loved history, it was around this time that I took a keen interest in a book by Reformed theologian Francis Schaeffer entitled How Should We Then Live? I was deeply moved by this book, which chronicled the rise of secular humanism from its late medieval origins to the present. It was the first of my forays in cultural history, and it showed me how knowledge in that area could advance the true, good, and beautiful against the tide of modernity.

Help from Aquinas and Chesterton

Unfortunately, the book contained a fatal error. It attributed the nominalism of some scholastic philosophers—which brought about the rise of secular humanism—to St. Thomas Aquinas. Nominalism is a gnostic idea that states truth cannot be found in the physical realm It denies the validity of natural theology which the Church had held as legitimate since the very beginning. Natural theology is expressed by St. Paul in Romans 1:20 where he says:

“Ever since the creation of the world his invisible nature, namely, his eternal power and deity, has been clearly perceived in the things that have been made. So they are without excuse”

Looking further into the accusation that St. Thomas denied this Scripture verse, I discovered the accusation’s essential untruth. William of Ockham, rather than Aquinas, was the major exponent of nominalism during the thirteenth century. In fact, as a philosophic realist, Aquinas was a bitter opponent of the nominalists who sought to separate the physical from the spiritual.

From here I began to study the works of G. K. Chesterton, along with Ideas Have Consequences by Richard M. Weaver. To my dismay, these authors revealed to me that Protestantism was an outgrowth of nominalism. The reformers were profoundly influenced by nominalistic thought. The doctrine of sola scriptura is an extreme expression of the nominalist idea that truth must be apprehended through divine revelation, specifically holy Scripture. It denies the efficacy of general revelation and even Church Tradition as a means of communicating truth. The rejection of the sacraments, and the retaining of some as only symbolic is evidence of a theological system with gnostic/nominalist underpinnings, culminating in the denial of the Real Presence of Christ in the Eucharist.

The message of the nominalists and Protestants is clear: God does not use physical means to bestow grace upon his children. The last five hundred years of history have this idea as their starting point. After the reformers came the skeptic philosophers of the Enlightenment who proceeded to deny that truth can even be found in divine revelation. We now live in an age that Gnosticism, nominalism, Protestantism, and secularism created, nature and grace are completely separated and the truth is hard to find.

My Steps Toward Rome

With my vocation to proclaim the light of God against the darkness of this age, I could not, in good conscience, remain in a system of belief which had engendered modernity in all its forms, namely radical individualism, moral relativism, and the all-powerful monism of the mega state.  For a single day, I was a man without a faith, no longer a Protestant, and not yet a Catholic. In this confused void, I reached out to an academic mentor of mine who had himself recently converted from Presbyterianism to the  Catholic Faith. His words were the balm and encouragement I needed to take my first faltering steps toward Rome.

The journey has not been easy, but it was the most necessary journey upon which I could ever embark, nor was it without its obstacles. As a Protestant, I had a series of notions in my head about Catholicism. In the end, all of these turned out to be blatantly false or at least misguided. 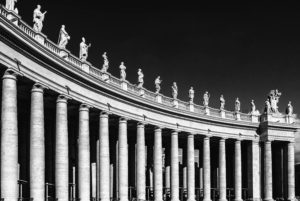 The biggest hurdle between myself and Rome was the monopoly Protestantism claimed to have upon “grace.” Allow me to explain. As a Protestant, particularly a Calvinist, I was under the impression that Catholics held to a works-based salvation. In other words, like Islam, Buddhism, or any other religion, I thought Catholics had to earn their salvation through their own effort. Among the reformed circles that I called home, we referred to Catholics as semi-Pelagians in this regard, after the heresy that St. Augustine so valiantly refuted.

As it turns out, my mentor explained to me, Catholic doctrine teaches that all of our works are a result of God’s grace. Without it, we could not perform any good works. In fact, every aspect of our mother the Church is “full of grace.” This grace of God through the Catholic Church breaks across the gulf of separation between the physical and spiritual and redeems us body and soul.

As a Calvinist, we spoke of “irresistible grace.” Talk about irresistible grace! I had encountered this grace now in its fullness for the first time in my life in the Catholic Church. Through it, God invited me to unite myself to him. How could I refuse?

Since then, I have joined the Church, started working for Ascension, and am preparing for the sacrament of matrimony.  As I look back on these things, I marvel particularly at how my understanding of faith and love has deepened so much from when I was a Protestant. I can honestly say that I never knew genuine faith nor love, because I lacked the understanding that both require works. For me, faith was intellectual assent, and love was a feeling. No longer. My heart was restless because, in my zeal for the truth, I did not know the love of God. Nor did I know how to give his love. My faith and love, for all those years, was in the only person I knew how to love, myself.  Like St. Augustine, I have finally found the object of my heart’s desire and, by his grace, I will rest in him for all eternity.