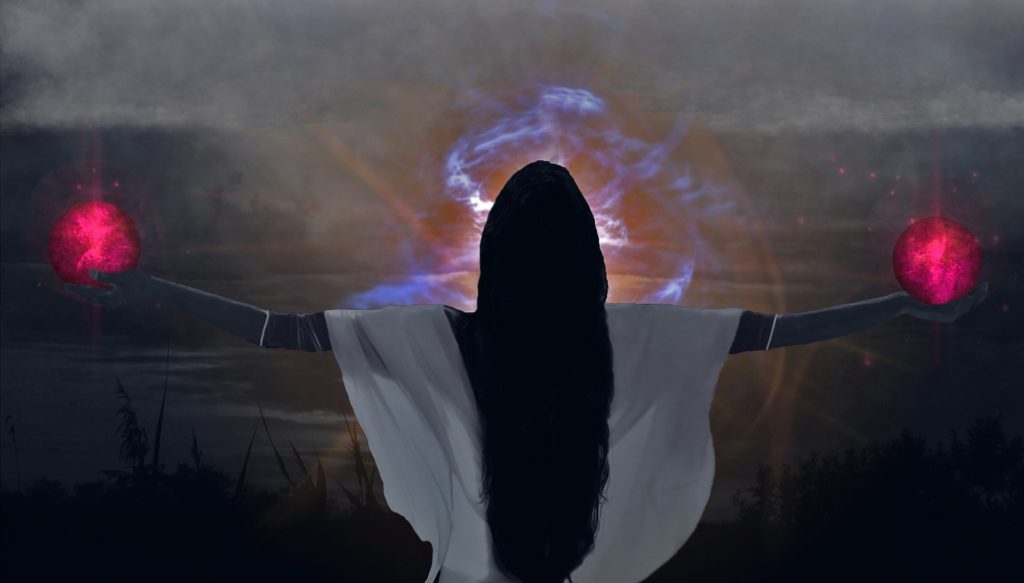 In today’s increasingly pluralistic culture, there are many dangers to the Faith that Catholics across the world might come across in their daily lives. Secularism, and the compartmentalizing of one’s public life and faith life, is probably the biggest and most prevalent of these dangers. 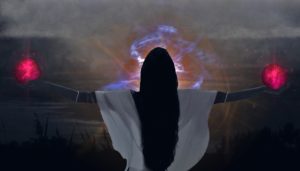 But at the same time, when most people are hard-pressed into giving a response about their faith, they’ll acknowledge that they are “spiritual” in some way.

We can see this at funerals of nearly any type. Very rarely will someone comment that Bob is no more; instead everyone will acknowledge that Bob is in “a better place”. While that “better place” may not be defined very well, it shows that even those that are lapsed in their faith and have turned away from organized religion still have a longing for something better deep in their hearts. They just don’t know how to express it. This is where another danger seeps in, not only for Catholics, but all people of good will.

New Age theory is a movement that beckons to those of all religions, as well as to those that would classify themselves as “spiritual, but not religious”. It’s something that seems to present itself to the wider cultures in waves, sometimes increasing greatly in popularity through the advertising of daytime TV talk show hosts and the like, and then later it seems to go back into the shadows outside of the public eye. Some see such things as Reiki, yoga, “alternative” medicine, a belief in karma and the idea of “Christ-consciousness” as something harmless. The thing is, the dangers of New Age theory are real and are still prevalent in our culture even today.

In 2003, the Pontifical Councils for Culture and Interreligious Dialogue put out a document following a six year study entitled “Jesus Christ the Bearer of the Water of Life: A Christian reflection on the ‘New Age’” The document “calls attention to the need to know and understand New Age as a cultural current, as well as the need for Catholics to have an understanding of authentic Catholic doctrine and spirituality in order to properly assess New Age themes.”

“New Age appeals to people imbued with the values of modern culture. Freedom, authenticity, self-reliance and the like are all held to be sacred.”

This can still be seen clearly in the writings today of many who espouse various forms of the New Age movement, such as Deepak Chopra. The author and advocate of the spurious “quantum healing” approach just came out with a new book last year entitled You Are the Universe: Discovering Your Cosmic Self and Why It Matters. The title should be enough cause for concern for Catholics and other Christians, yet year after year, many Catholics and Christians fall into the trap of buying into ideas that are not compatible with faith in Jesus Christ in any way.

The authors of the 2003 document went on to say that:

“New Age mysticism is turning inwards on oneself rather than communion with God who is ‘totally other’. It is fusion with the universe, an ultimate annihilation of the individual in the unity of the whole.”

The flowery words of many New Age authors sound appealing, uplifting and inspiring, but when we get down to basics we see that such ideas as “being one with the universe” lead to a rejection of God. By turning inwards, people who become enamored with this philosophy attempt to experience various states of “consciousness” where they come to fuse with “the Whole” where “one is all and all is one”.

This is in stark contrast to what we as Christians believe will happen to us once we enter eternal beatitude with God. We don’t become but a drop of water that coalesces into a giant pool, but instead we retain our identity as we become perfected sons and daughters of God himself in heaven. In reality, such attempts to become one with “the universe” is nothing more than a revisiting of Gnosticism, condemned by the Church very early on.

As Pope St. John Paul II mentions in Crossing the Threshold of Hope, it’s apparent that we are seeing the “return of ancient gnostic ideas under the guise of the so-called New Age: We cannot delude ourselves that this will lead toward a renewal of religion. It is only a new way of practicing Gnosticism—that attitude of the spirit that, in the name of a profound knowledge of God, results in distorting his Word and replacing it with purely human words.”

Let’s take the time now to delve a little bit deeper into a particularly dangerous aspect of New Age theory: Christ-consciousness. Also referred to as “unity consciousness”, this is the highest of the various states of consciousness one tries to reach as they proceed on their quest to be “one with the universe”. Chopra is a very big proponent of this theory, as are other New Age authors like Joel S. Goldsmith and Eckhart Tolle.

Tolle has the audacity to proclaim that we “realize [our] identity as consciousness itself, rather than what consciousness has identified with. That’s the peace of God. The ultimate truth of who you are is not I am this or I am that, but I Am”.

He puts man on the same level as God after man attains this highest level of consciousness. In Chopra’s book The Third Jesus: The Christ We Cannot Ignore, he claims that “Jesus intended to save the world by showing others the path to God-consciousness” and that “What made Jesus the Son of God was the fact that he had achieved God-consciousness.”

Apparently—according to Chopra—anyone can obtain this Christ-consciousness with enough meditation, meaning that Jesus is no longer the Christ but a Christ. Any Christian reading what Chopra suggests in this book and others should see red flags waving, but as evidenced by the release of the Holy See’s 2003 document on the New Age, many Christians (specifically Catholics) are being led astray by these writings, necessitating such a strong response and reiteration of authentic Catholic belief.

Unfortunately, some Catholics try to blend the ideas of their Catholic faith and these neo-Gnostic falsehoods into some kind of syncretic religion.

In talking to one lapsed Catholic who has become a sort of New Age guru, I was told that “I see God everywhere I look. God is both form and formlessness. God’s love is unconditional. Period. Humans can’t comprehend it so they muck it up with their own interpretations that well fall short of reality. I’ve gone within as Jesus said to do. I found God there and we’ve never stopped communing. Once one resides in a state of unity consciousness (Christ-consciousness) with all that is, all the nonsense rooted in separation consciousness is seen as part of the veil, including ritual.”

This person claims to commune with God, and even invokes the name of Jesus, but then rejects what most people believe about God: that he is something other than us. We see here a perfect example of the turning inward to oneself that comes with trying to attain Christ-consciousness. We see man deifying himself. In this person’s statement, we also find the underlying pantheism that is the root of most New Age spiritual beliefs.

Let’s dissect this belief a little bit. If created matter is a part or a component of God (“I see God everywhere I look”), then this makes you and I God. Therefore, such a person is not communing with a specific divine Person. They have turned inward and are communicating with themselves. We can confidently state that such a turning into one’s self is very prideful. Essentially, it’s calling yourself God and embracing a selfishness that communes only with yourself. When I have the opportunity to go to Mass (especially daily Mass), I’m encountering God in a much more complete way than ever could be encountered by turning inward to this type of “self-communication”. I commune and encounter God as a Person in his Body, Blood, Soul and Divinity. What greater relationship is there than that?

Another danger that comes from New Age theory is that of so-called alternative healing. This can come under various forms and names such as Reiki, reflexology or “healing touch”. People should be on guard to avoid such ideas because not only do they do damage to the soul, but also to the body if one shuns conventional medicine in favor of opening up their “crown chakras”. In response to a growing number of questions, the United States Conference of Catholic Bishops’ Committee on Doctrine released its “Guidelines for Evaluating Reiki as an Alternative Therapy” in 2009. The bishops were especially concerned with how Reiki and “healing touch” take away from the saving power of Jesus Christ:

“Some people have attempted to identify Reiki with the divine healing known to Christians. They are mistaken. The radical difference can be immediately seen in the fact that for the Reiki practitioner the healing power is at human disposal. Some teachers want to avoid this implication and argue that it is not the Reiki practitioner personally who effects the healing, but the Reiki energy directed by the divine consciousness. Nevertheless, the fact remains that for Christians the access to divine healing is by prayer to Christ as Lord and Savior, while the essence of Reiki is not a prayer but a technique that is passed down from the ‘Reiki Master’ to the pupil.”

As we saw above, this “divine consciousness” is in no way synonymous with the notion of God as a Person. Any person can supposedly attain the Christ-consciousness, which makes the person that purports to attain it a god. Reiki practitioners, either unwittingly or not, proclaim a God foreign to that one proclaimed in the Gospels. As Christians, we recognize that God is one, but is also three Persons. Man cannot become God in the way New Age practitioners believe, but we are able to become like God, in a way that we retain our own personhood. The saints called this process theosis or divinization, and I go much more in depth on that topic elsewhere.

What we as Catholic Christians need to keep in mind is that God is not some immaterial life force. This is essentially what is at the base of all New Age beliefs we see in our current cultural milieu. But we don’t attain divinity by coming to a higher state of consciousness. Instead, we participate in the life of Christ by maturing spiritually as we conform ourselves to his image, the image in whom we have been created. As human beings we have a longing to attain the likeness of God. We should never confuse this longing with a turning inwards to ourselves where we declare ourselves a god.

As St. Gregory of Nyssa puts it, “truly herein consists the real assimilation to the Divine, that is, in making our own life in some degree a copy of the Supreme Being.”