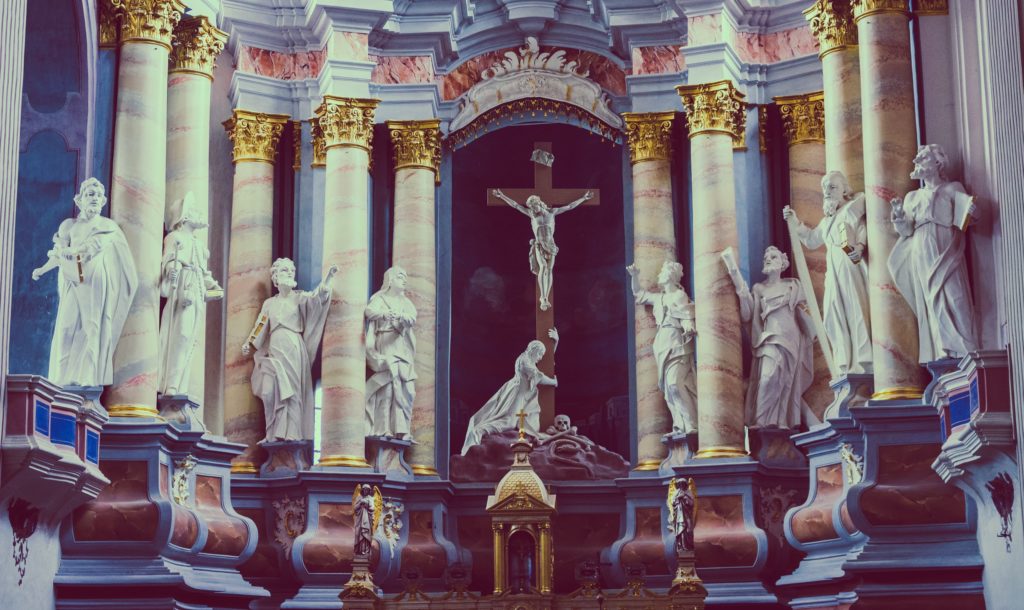 It’s a known fact that people don’t like to do difficult things. It’s just in our nature. Working hard is … well, hard work! Oftentimes sacrifices will be made in the professional world as one tries to work toward the top, but when it comes to relationships, all too often we are unwilling to go that extra mile. Just look at how divorce has affected the vocation of marriage in the West. To be sure, there are always specific cases where separation may be best for a particular couple, but with the advent of no-fault divorce, many couples have felt no need to try to overcome the problems in their relationship precisely because it took too much effort. It’s much easier to simply move on when happiness is elusive!

Similarly, the hookup culture and sites like Tinder show us that many people don’t want to be asked to even enter into a relationship before engaging in acts of intimacy. “No strings” arrangements are preferred, as a random encounter is much easier to deal with than the baggage of a long term relationship. Unfortunately, this mentality has crept into the minds of Christians. In fact, it’s become so prevalent that some people don’t even like the word “Christian”, opting for “Christ-follower”, as the former term denotes a religious connection; a connection that will not really work for one that is “spiritual but not religious”. A not insignificant number of these “Christ-followers” don’t even see the need to go to church on Sundays. Faith has become completely individualized, and the need for a community is seen as merely ancillary. Not surprisingly, many of these “spiritual but not religious” people are former Catholics. How do we bridge the gap between these “rebel children” and their Mother through baptism, the Church?

Individualism and Personal Interpretation of Scripture

Looking at strictly Christianity, many ecclesial communities preach a simplified gospel, which can result in an embrace of relativistic thinking. Converts to the Catholic Faith from fundamentalist Christianity, such as Steve Wood and Scott Hahn, have talked often about how they were responsible for bringing Catholics out of the Church. One of the strategies they had used was telling ill-formed and poorly catechized Catholics that the only interpreter of Scripture they needed was themselves. The various ecclesial communities throughout Protestantism have effectively sawed off two legs of the “three legged stool” model used by Catholics. While the Catholic Church is firmly grounded on Sacred Scripture, Sacred Tradition, and the teaching authority of the Church (the Magisterium), other communities teeter precariously on the sole leg of Sacred Scripture, ready to topple over at a moment’s notice. Clearly, there’s a reason why manufacturers don’t usually produce one or two-legged stools! But this over-emphasis on private interpretation is mainly because of the individualism that arises in these circles.

Carrying a mentality of just “my Bible and me” leads to big problems and big divisions in the Body of Christ; it’s no wonder why there are thousands of denominations of Christianity present in the world today. Just as individualism has corrupted the culture around us, individualism has also corrupted Christianity, and it is truly the biggest scandal to non-Christians everywhere.

I was once told by an anti-Catholic acquaintance that “the man sitting by himself with a Bible” poses no problem. That man is being honest, whereas the Catholic is part of a corrupt, and corporate, institution that has no credibility due to certain scandals committed by individual members. He is half right; the Catholic Church is a corporate Body, that is, the Mystical Body of Christ. But where our friend fails is when he holds up the man in the garage to be the paragon of a good Christian. How can this man, cut off from all community, be held up as a shining example? On what authority does he interpret the Scriptures he is reading? Does he follow the example of the Ethiopian eunuch (cf. Acts 8:26-40) and seek the authority of the Church, or does he only follow his own authority? Signs would point to the latter.

Indeed, when Jesus spoke to St. Paul at Damascus, He asked him:

We see here that our Lord is telling Saul how he is personally being persecuted, despite having already ascended into heaven. It’s clear that Jesus is revealing the link between the Church and himself; the Church is identified, as Catholic author Joe Heschmeyer puts it, “as a continuation of the Incarnation of Christ on Earth.” The overly-simplified “Bible, Jesus, and me” approach isn’t biblical. It’s really “Jesus, me and my other one billion (or so) brothers and sisters in Christ”! If one member of the body suffers, we all suffer. And if one member is glorified, all the members rejoice (cf. 1 Corinthians 12:26). The view of a highly individualistic, “personal” relationship with Jesus, practiced by many non-denominational Christians, is not in line with what the Bible actually teaches. Consider what Pope Benedict XVI had to say back in 2008 during a general audience:

“Christianity is not a new philosophy or a new morality. We are only Christians if we encounter Christ. Of course, he does not show himself to us in this overwhelming, luminous way, as he did to Paul to make him the Apostle to all peoples. But we too can encounter Christ in reading Sacred Scripture, in prayer, in the liturgical life of the Church. We can touch Christ’s Heart and feel him touching ours. Only in this personal relationship with Christ, only in this encounter with the Risen One do we truly become Christians. And in this way our reason opens, all Christ’s wisdom opens as do all the riches of truth.”

Notice how Pope Benedict mentions three specific points when describing “this personal relationship with Christ”. One of those ways to encounter Christ, personally, is through “the liturgical life of the Church”. Of course, the source and summit of Christian life takes place during the Eucharistic sacrifice in the Sacred Liturgy. But if this is an essential dimension for encountering Jesus personally, then how can one say the Church is not necessary? How can one embrace individualism to such an extent that a key factor in a relationship with Christ is ignored or shrugged off? It’s because of our fallen nature; the fallen nature that often succumbs to the doctrines of the world, particularly the one that says “I come first”, even in matters of our Christian faith.

Take, for example, the case of a woman known as Sheila, the founder of “Sheilaism”. In a paper written by sociologist Robert N. Bellah, we get a look at how many of those identifying as “spiritual but not religious” understand faith:

“‘I believe in God,’ Sheila says. ‘I am not a religious fanatic. I can’t remember the last time I went to church. My faith has carried me a long way. It’s Sheilaism. Just my own little voice.’ Sheila’s faith has some tenets beyond belief in God, though not many. In defining what she calls ‘my own Sheilaism,’ she said: ‘It’s just try to love yourself and be gentle with yourself. You know, I guess, take care of each other. I think God would want us to take care of each other.’ Like many others, Sheila would be willing to endorse few more specific points.”

Bellah later notes that many “Sheilaists” are with us in our churches today, including in our own Catholic parishes. What’s probably most disheartening about Sheila is that she has turned inward on herself. Instead of listening to the Word of God, the voice she listens to is her own. Granted, we all must follow our consciences, but we have a duty to ensure that those consciences are well-formed, especially if we are Christians. Whose voice do we listen to when we form that conscience? Is it the voice of our leaders in the Church and of the Magisterium, or is it our “own little voice”? Religious people are at times looked down upon as being “sheep” and not being able to think for themselves. With this negative connotation that comes with being religious, it really isn’t much of a surprise that many people are opting to be “spiritual” and not religious.

We Are One Body

But here’s the key: being religious and spiritual are not two mutually exclusive concepts. In fact, to be truly spiritual is to be religious. Being docile like a sheep, when contemplating the Good Shepherd, should be worn as a badge of honor. As St. Josemaría Escrivá once said:

“If we are docile to the Holy Spirit, the image of Christ will be formed more and more fully in us, and we will be brought closer every day to God the Father.”

A life which is active in the sacraments, particularly the Eucharist, conforms us to the image of Christ. These sacraments give us the grace we need to truly survive. What’s more, the Eucharist is called Holy Communion because by participating in it we find ourselves in communion with Christ and in communion with our brothers and sisters that also come to the Lord’s Table with us. We as Christians need that Communion, and embracing something like Sheilaism rejects all that. As St. Paul reminded the Corinthians:

Christians need each other, which is really just another way of saying Christians need the Church. A personal spirituality is a recipe for disaster and scandal. Jesus desired that we all be one. If we all follow our own interior voices, how can we ever make our Lord’s desire a reality? The idea and process of dying to self is a great start in rejecting the individualism that surrounds us today. To die to oneself by taking up one’s cross is a necessity in forming a relationship with our Lord Jesus. We just have to be sure we don’t leave our brothers and sisters behind when pursuing that relationship.

Now Even Dating Is Considered Old-Fashioned

With His Body Christ Weds the Church 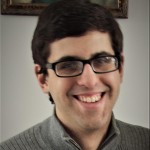 Why All Religions Can't Be Right
Moral Relativism and the Culture of 'Meh'
Is the 'Yanny or Laurel' Debate Disguised Relativism?
Ascension Roundup May 25-31
Has Ascension's free media strengthened your faith?
You can now offer ongoing support for this content with a recurring gift.
Support Ascension