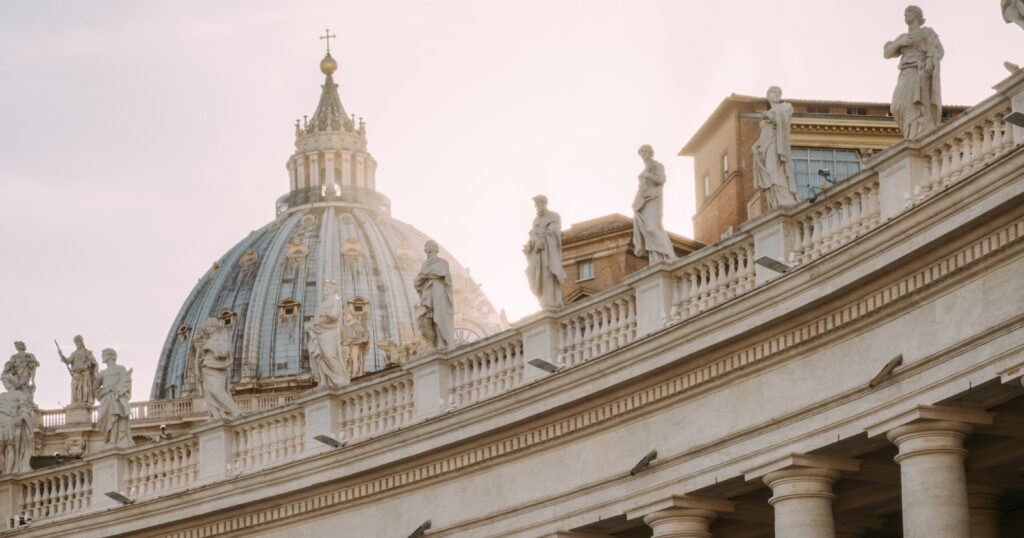 I’ll never forget the day I discovered the Catechism of the Catholic Church (CCC). Perhaps it was the Latin that scared me away or those intimidating numbers before each paragraph, but for some reason, I always considered it too complicated a book for me to read myself. It wasn’t until I was eight or nine did I need to personally open the work on my own.

I recall wondering what the difference is between a priest and a deacon. My father, knowing the answer but thinking it was time for me to get over my fear of words like “ecumenical” and “inviolable,” handed me a Catechism and told me to figure it out myself.

To my surprise, the book was easy to navigate. It didn’t take me long to find a clear and concise answer to my question. Why don’t more people talk about this? I finally had a resource that could tell me whether angels are boys or girls, why God would create the devil, and what Adam and Eve were thinking when they ate that fruit! The only thing that bothered me was that I didn’t know who wrote all of this and why I should simply accept it as true.

The Idea for a Catechism

At the 1985 Synod Intervention, Cardinal Bernard Law first publicly suggested the drafting of a catechism:

“I propose a commission of cardinals to prepare a draft of a conciliar catechism to be promulgated by the Holy Father after consulting the bishops of the world. In a shrinking world, global village-national catechisms will not fill the current need for clear articulation of the church’s faith.”

In response to this proposal, Pope John Paul II commissioned twelve cardinals to oversee the work. The chair of this commission was none other than Joseph Ratzinger, prefect of the Congregation of the Doctrine of the Faith and future Pope Benedict XVI. These twelve were charged with drafting a catechism for the Universal Church. It was to act as a “point of reference for the catechisms or compendiums that are prepared in various regions” and to clearly and concisely articulate the Catholic Faith after the Second Vatican Council.

The Writing of the Catechism

The twelve immediately organized a group of 44 consultors worldwide and picked a committee of seven bishops to compose the Catechism. The collaborators met, consulted, drafted, and edited. The texts and drafts were sent to all the Catholic bishops in the world and all of the main Catholic Universities and Institutes. The various backgrounds and differing expertise resulted in over 930 replies and 24,000 suggestions. Pope John Paul II later said that “the harmony of so many voices truly expresses what could be called the ‘symphony’ of the faith.”

The final text was completed by the commission and presented to the Holy Father in February of 1992. On October 11th, 1992, Pope John Paul II presented the Catechism of the Catholic Church to the world.

Join The Catechism in a Year (with Fr. Mike Schmitz) Podcast on January 1, 2023!

If you have ever wanted to understand what it means to be Catholic and allow those truths to shape your life—this podcast is for you!

Isn’t the Bible a More Direct Path to the Faith?

The Catechism deeply reflects Scripture. Its purpose is to open the Word of God more fully. Pope John Paul II, in his Fidei Depositum says:

“The Catechism of the Catholic Church. . . is a statement of the Church’s faith and of Catholic doctrine, attested to or illumined by Sacred Scripture, the Apostolic Tradition, and the Church’s Magisterium. I declare it to be a sure norm for teaching the faith and thus a valid and legitimate instrument for ecclesial communion.”

Scripture is the first principle of Faith. For us to expound on this Faith and present a clear depiction of the beliefs of the Catholic Church, we must first and foremost ground our work in the Word of God. We see this throughout the entirety of the Catechism. Every topic contains various Biblical references. The bishops cite Deuteronomy while discussing the proliferation of sin; Corinthians helps to explain Baptism; and the Psalms bring light to our understanding of conversion.

The Power of the Catechism

In this way, the Catechism is grounded in God’s Word and filled with truth. This book offers answers to the questions that the faithful—and the non-faithful—might have. It is a work of love, worthy of reading and learning more about. The bishops wanted to guard the Faith and present its rich beauty. This is why they relied heavily on Scripture, Church Doctors, and various Papal Documents and Councils that offer insightful commentary.

What had been an arduous, time-consuming task is now a book that rests on the shelves of teachers, students, parents, and clergy. It holds the answers to the queries of both eight-year-old girls and the most renowned theologians of our time.

Today, I have a few copies of the Catechism on my bookshelf. Although I’m not as afraid of the Latin or numbers anymore, its contents continue to mystify me. As it explains the teachings of the Church, it also tells the story of our Faith. It offers joyful answers to the most gnawing, painful questions burdening man. We now have the opportunity to encounter this work in a unique and unforgettable way: through The Catechism in a Year podcast. I encourage you to join Fr. Mike, myself, and thousands of fellow Catholics on this journey through the Catechism of the Catholic Church.

Join The Catechism in a Year (with Fr. Mike Schmitz) Podcast on January 1, 2023!

If you have ever wanted to understand what it means to be Catholic and allow those truths to shape your life—this podcast is for you!

Juliette Wilamowski was born and raised in New Hampshire. She earned her bachelor’s degree in Politics from Ave Maria University. Juliette spends her free time running, reading, and hiking. She cares deeply about the Catholic Faith and seeks new ways to share it with the world. She now resides with her husband in North Carolina.

Building Relationships Through Baptism
Why Follow the Rules When You Can Follow Your Heart? (Part 2)
Why the Catechism Is Needed for Bible Study
Is It Ever Morally OK to Lie?
Has Ascension's free media strengthened your faith?
You can now offer ongoing support for this content with a recurring gift.
Support Ascension