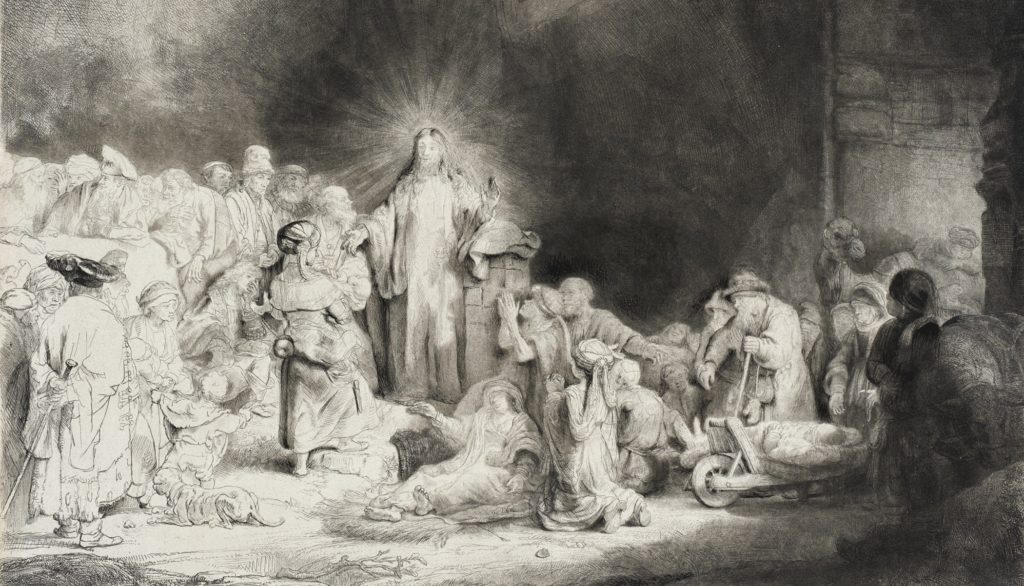 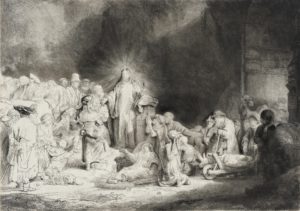 Mark’s Gospel is a breathless account of Jesus’ life, death, and resurrection. In the first chapter alone, Jesus calls his disciples, casts out a demon, heals Peter’s mother-in-law, cures “many who were sick” and “drives out many demons.”  It should be no surprise then, by the third chapter, Jesus is drawing huge crowds.

Much of what Jesus said and did was controversial by the standards of his time and, because of this, Jesus’ public ministry was not treated with cheers by the guardians of the culture. In Mark 3:22, scribes from Jerusalem follow him to Nazareth and accuse him of being “possessed by Beelzebub.” They claim that his mastery over demons is a result of demonic powers. Jesus answers them this way,:

“‘How can Satan cast out Satan? If a kingdom is divided against itself, that kingdom cannot stand.  And if a house is divided against itself, that house will not be able to stand. And if Satan has risen up against himself and is divided, he cannot stand, but is coming to an end. But no one can enter a strong man’s house and plunder his goods, unless he first binds the strong man; then indeed he may plunder his house” (Mark 3:23-27).

Speak of the Devil

It seems that when we speak of the devil, modern believers tend to make one of two mistakes. One, they act as if the devil is somehow irrelevant as if he has dropped from existence. This is where the erroneous school of thought, that proclaims the devil to be nothing more than the personification of man’s tendency to choose wrong, comes from.

Or they adhere to the second school of error. This is the one in which the devil is seen as an almost cosmic counter force to God. This school sees the devil and Jesus as similar in power and leaves the believer in a helpless state against the army of darkness’ advances.

In short, the devil is ascribed no power, or he is attributed total power. Both are wrong. That is why I love when Jesus speaks of the strong man.

The devil is real. He is bad, and he has a fair amount of power. Thus, “strong man.” In a state of demonic possession, a person has come entirely under the influence of this evil. The strong man, the devil, has made the person his home. Jesus does not deny that the devil has this power. He does not deny the devil’s ability to dominate those who have come under his influence. So, right here, Jesus sets the initial error, which I alluded to in the last paragraph, straight.

But, since demons are far from being all-powerful, Jesus then gives insight into how he deals with the demonic. In short, he binds them. You cannot plunder a strong man’s house unless you first tie him up. So, while Jesus does refer to the devil as the strong man, it is clear that he is the much stronger man.

So, what is our take away? The devil is real. He is powerful but he is not all powerful. Jesus claims authority over the demonic, and they do as he commands. Far from ignoring them, he binds them and “plunders” their homes. I love that. We need to remember this. In our struggle for holiness, there will be opposition, but we are not helpless. In Christ’s authority, we need to stand firm against every tactic of the evil one. When the demonic whispers corrupt inspiration into our ears, we, like Christ, need to stand in the authority of a son or daughter of the living God, and we need to rebuke the voice of temptation, binding and silencing it in Jesus’ name, casting it away in that same authority. Far from denying the reality of the devil, we need to understand that our lives are being lived out on a battlefield (Catechism 409), but we also need to know that the evil forces arrayed against us are no match for the Lord.

Guardian Angels, Watch over Us