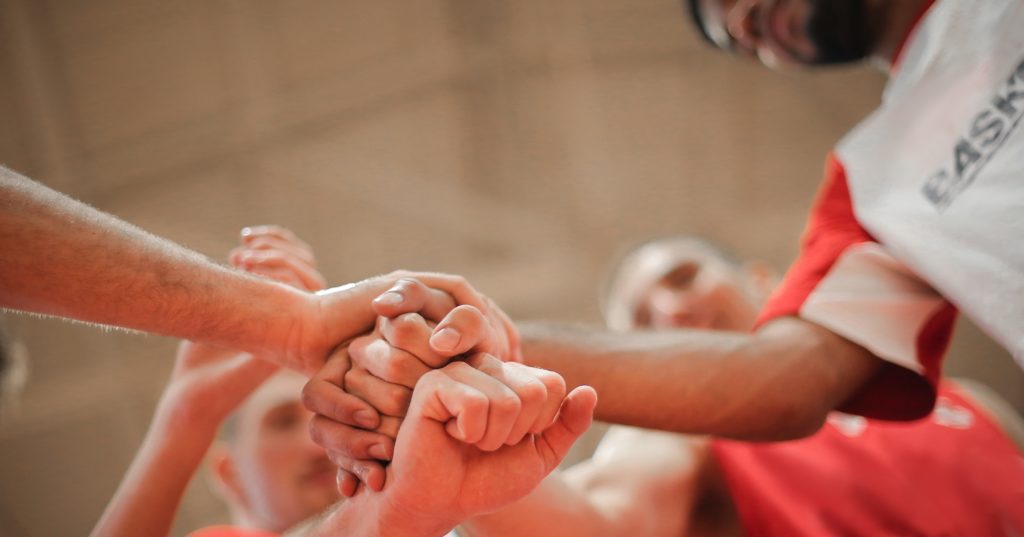 I sat on a stool in the parish narthex as dozens of pairs of eyes stared back at me. It was that year’s confirmation retreat and I was one of the speakers.

“My dad is going through RCIA to join the church,” I said. “Which means he will be baptized, receive first communion and confirmation at Easter.”

I tried not to look down at the notecards in front of me.

I paused. “There are many reasons I decided to volunteer as a confirmation team leader this year, but being able to walk with all of you as you prepare for confirmation alongside my dad was the greatest reason.”

This is my third year serving as a confirmation team leader. During my first year serving on the team, I was in eleventh grade. Just a year after my own confirmation, I wanted to come back because my dad, after more than twenty years of sceptic observance from the sidelines, was making the choice to become confirmed as I had the year before.

For adults but especially for teens, choice is of upmost importance. For many, the teenage years are about discovering oneself and to do this requires making decisions: who to hang out with, how much energy to devote to classes, what activities to take part in, and what to believe.

After three years as a confirmation leader, the greatest insight I have learned is that confirmation must be a choice—and not just any choice, but a choice that is made attractive, relatable, and meaningful for teens. This does not always happen and is not always easy. Oftentimes, teens do not make (at least initially) the choice to become confirmed on their own; they are instead, highly encouraged, perhaps even “forced” by their parents to go through confirmation.

Looking for an easy-to-use resource that keeps your Confirmation prep teens engaged? Get a free preview of the Chosen: Your Journey Toward Confirmation, Online Course

But sometimes the choice must be made for us, at least at the beginning, in order for us to enter the journey we never would have taken otherwise. We might make the decision down the road to discontinue the path of faith, but at least the initial opportunity was presented and laid out for us.

“When the day of Pentecost came, they were all together in one place. Suddenly a sound like the blowing of a violent wind came from heaven and filled the whole house where they were sitting. They saw what seemed to be tongues of fire that separated and came to rest on each of them. All of them were filled with the Holy Spirit and began to speak in other tongues as the Spirit enabled them.”

Interestingly, the disciples do not seem to have a choice when the Holy Spirit comes to “rest on each one of them”. They are anticipating and waiting but when the Spirit actually rushes in and tongues of fire descend they are awestruck and in disbelief at what has taken place. The Holy Spirit enters the disciples, but then the choice is up to them as to whether they will go out into the world with the gift they have been given, sharing the message of Jesus and the truth that they have found in him.

When I was going through confirmation myself, I didn’t understand the power of having choice in my faith until years later as a college student. There were many Sunday mornings spent in my dorm room deciding whether or not to hop on the bus that would take me across town to where Mass was being held. There were many days when a weekend retreat felt so much more inconvenient than the five papers due that upcoming week. There were many days when my peers around me would much rather go out to the club, gossip, or advocate for things I didn’t agree with than talk about or live out faith. Each and every time, as I graduated high school and moved beyond, I had to make a choice as to whether or not I would choose God and the Church over the ways of the world when I no longer had parents or friends making those choices for me.

For many of us, confirmation is the last choice others may make for us, the last “hurrah” of childhood faith after which every choice will be our own. That is why confirmation preparation is so imperative, because once completed, teens are given the freedom to choose how they will proceed in college, in work, in  relationships—with the choice to live out their Catholic faith or to not.

Thus, I believe for confirmation prep, teens must be encouraged to see more than just their confirmation Mass on the horizon, but the life of faith they will have to choose every day after. Discussions of life after high school and how to make one’s faith their own in their adult years must be discussed alongside just the content typically reviewed in confirmation (saints, sacraments, morality, and so on). All of this together, I believe, will help teens understand the power and privilege of choice, and how they can and why they should want to make the choice to continue choosing the church long after receiving the gift of confirmation. Below are my three tips for how to make confirmation prep engaging and ultimately more impactful to teens both in preparing for the sacrament, but most importantly, for their life after.

1. “How’s the Basketball Team This Year?“

Helping teens understand the Catholic Faith and to want to choose that Faith for the rest of their lives begins with building relationships. “No man is an island” and “it takes a village to raise a child” couldn’t be farther from the truth when it comes to relating to teens and inspiring them with role models and friends in the Faith. Teens are often distant, individualistic, and hard to connect with. Therefore you need to make a personal connection—go out to their “island”—rather than try to simply group them into a “village” because they will often resist that. Make an effort to bring teens out of their shell by letting them know that they are part of a larger community with caring adults who want to walk beside them in their faith

This year for our small group meetings, I was partnered with an older, longtime confirmation leader who was great at forming these connections with our confirmation teens. Before each meeting and throughout our meetings he would frequently stop to check in with each teen in our group. He would remember what sort of sport they played or what musical group or skills they were good at and would check in with them about their lives. And when he talked about faith, he had a way of weaving whatever topic we were required to discuss into events or activities the teens were already facing in their lives, instead of talking about Church teachings abstractly. This skill does not come naturally to me but I can appreciate seeing the skill at work in others; being able to connect the teachings of our faith into the lives of young people makes living out faith in high school and beyond seem more realistic and attainable, as opposed to teaching concepts separate from lived experience.

2. “I still wrestle with this topic in my own life.”

This leads into my second tip for confirmation prep, which is being vulnerable in sharing challenges and obstacles we experience in our faith life with the teens we work with. It is easy to stand up and talk about the structure of the Mass or list off the different fruits and gifts of the Holy Spirit, but it is that much more powerful to share with teens different teachings we struggle with or situations we have faced that made living out faith difficult. In doing this, we let teens know that having doubts and questions or wrestling with their faith is normal and that the stumbling points they experience do not mean that they should give up on their faith. Going hand-in-hand with building relationships is to show teens that faith isn’t always going to be easy but that in the hard times of resistance or doubt, there are ways to emerge on the other side stronger in their faith than they were before.

My third and final tip for making confirmation prep engaging would be not to underestimate teens and their ability to tackle bold content. A common phrase I hear both from young Catholics and even adults is that they experienced “watered down theology” that did not prepare them to tackle the real-world questions they faced in defending and evangelizing their faith.

Our world is not going to make being Catholic easy, and while it’s important to connect with teens, to incorporate games and other activities into the curriculum, the theology itself must be strong enough that teens will leave confirmation knowing enough to understand the “why” behind what they believe in order to go out into the world upon receiving the graces and gifts of the Holy Spirit, empowered in knowledge to share that faith with others.

To do this, teens must leave confirmation knowing more than just that there are seven sacraments, but what each of these sacraments means and why they matter. They must leave knowing not just that they should pray, but how to pray. They must leave knowing not a list of Catholic stances on moral issues, but how to defend those stances in light of opposition. This is just a list of examples, as confirmation—of course—is not the be-all-end-all in faith formation. The need for a bold curriculum that teaches teens not just to “evangelize their faith” but how to evangelize—with concrete examples and suggestions—remains.

Renew the Face of the Earth

All in all, confirmation is a beautiful sacrament and gift, completing our Christian initiation into the Church and inviting all those who receive the oil on their forehead to be empowered by the spirit they have received, to go out into the world on fire for their faith, willing and ready to go deeper and to bring the light of Christ to those they meet. It is the last choice that they might not necessarily make on their own. For that reason, it is our job as leaders to build relationships, display vulnerability, and to challenge teens with a curriculum that teaches them the why behind their faith while equipping them with tools for how to express that faith to others.

Come Holy Spirit, fill the hearts of your faithful and kindle in them the fire of your love. Send forth your Spirit and they shall be created. And you shall renew the face of the earth.