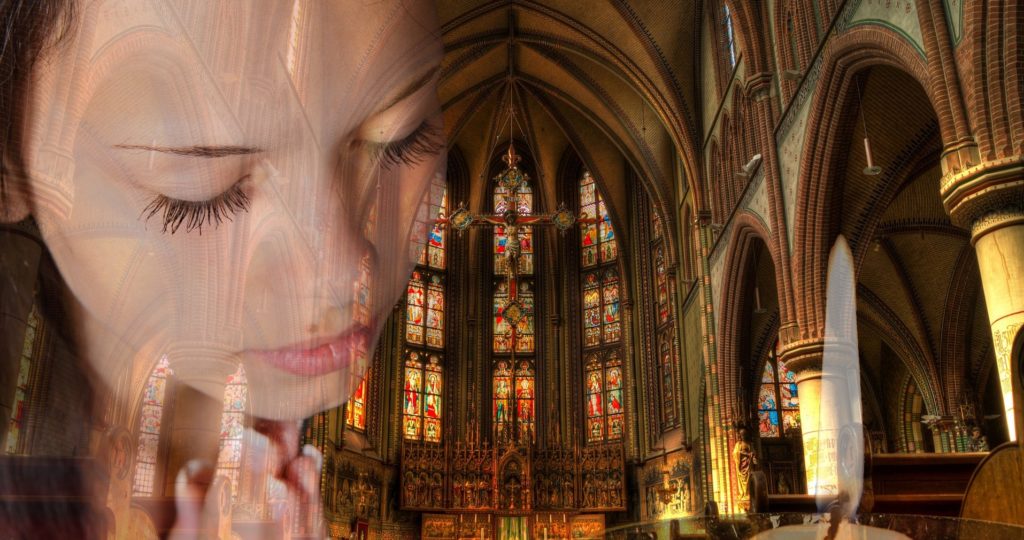 There is a lot of bad news right now. A virus is sweeping the world, the economy is tanking, and we are mysteriously worried about toilet paper. Reports about people and faith are dismal. Even before churches closed as a response to the pandemic, church attendance was down. The outlook is not brilliant. One couldn’t be faulted for wondering if anything is going well. I’m going to share some sad stats, but not to fear, this article is going to end on an optimistic note. We have no need for despair.

The Pew Research Center notes that the Catholic Church is larger than any other religious institution with fifty-one million Catholic adults (one-fifth of the population of the United States) and over seventeen thousand churches in the nation. However, it is also a suffering institution. The Catholic Church has experienced a greater net loss than other denominations due to people switching religions. Thirteen percent of American adults are former Catholics while just two percent of adults are converts to the Catholic Faith.

Research from the Center for Applied Research in the Apostolate (CARA) and Pew show declines across generations in the faith life. For the purposes of this article, we define the generations as:

The Silent Generation: born before 1946 and seventy-five years and older.

In 2014, the Pew Forum looked at the Catholic Faith and generations. When asked if religion is important in one’s life, eighty-four percent of Millennials, ninety percent of Generation X, ninety-one percent of Boomers, and ninety-two percent of the Silent Generation said it is very important or somewhat important. That’s good news.

But when asked about Mass attendance, daily prayer, and where they look for guidance on right and wrong, the results were not as good.

In April 2019, CARA found that the percentage of adults attending Mass monthly and weekly has decreased in the last forty-eight years. (Monthly attendance numbers include weekly numbers.)

Infant and adult baptisms and marriages have also decreased. In 1972, 45.8 percent of adults described their religious affiliation as strong. In 2018, just 32.2 percent do. One metric that did not change was prayer. In both 1972 and 2018, the percentage of those who pray at least once a week was 80.8 percent.

Where the Spirit Is Moving

So numbers are declining and people are leaving, but we can take heart because the Catholic Church is God’s church and God’s plan is perfect.

The Fellowship of Catholic University Students (FOCUS) is “winning the hearts of students, building them in the Faith, and sending them to the world.” FOCUS is “a campus outreach that pursues college students with intentionality and love. We invite them into a growing relationship with Jesus and the Catholic Faith, inspiring and equipping them for a lifetime of Christ-centered evangelization, discipleship and friendships in which they lead others to do the same.” It’s a big mission and they are succeeding.

Over 730 missionaries serve 172 locations. Over nine hundred individuals have decided to pursue religious life after involvement with FOCUS. More than twenty-four hundred students have gone on FOCUS mission trips, more than seventy-one hundred students have participated in one-on-one discipleship, over twenty-three thousand students have participated in over forty-five hundred Bible studies. SEEK 2019, a biennial conference put on by FOCUS, saw seventeen thousand attendees including four hundred priests and bishops who concelebrated Mass and heard over eight thousand confessions. The Holy Spirit is moving.

Spiritual Food for These Times

Here in Milwaukee, the young adults are wildly active in the Catholic Faith. Cor Jesu, a time of Eucharistic Adoration and confession followed by Mass, has happened every Wednesday night since 2012. It began as something for young adults but has grown to include seniors, families, college students, and teens. It is so popular that it is being held in the church parking lot these days with Mass live-streamed for people in their cars.

Brew City Catholic, an initiative of the John Paul II Office for the New Evangelization in the Milwaukee Archdiocese, “exists to inspire adults in their 20’s and 30’s to become close companions of Jesus, who joyfully invite others to walk with them.” Started in the spring of 2015, Brew City Catholic has grown into a Catholic hub for young adults. A yearly fall conference draws between three hundred and five hundred young adults from ages eighteen to thirty-nine. Winter Weekend has grown from fifty attendees to 150 in just a few years.

In an effort to support people while they shelter in place, the office developed Into the Quiet Retreat, a live-streamed retreat to help people enter into prayer in this challenging time. In just five days, over five hundred people—primarily in southeastern Wisconsin but also as far away as California, Idaho, New York, and Florida—registered. People want to be fed.

A Season of Resurrection

Theologically speaking, hope is desiring God and expecting to obtain union with him. We hope for heaven and believe it is attainable. In heaven, we are fully united with God. Hope can be more widely applied in our earthly lives as well. In this time of a worldwide pandemic, we hope for God’s assistance. We hope for him to hold us up. We lean on him, knowing he is always present, and we trust in his goodness despite the fright we feel about the uncertainty surrounding us.

Additionally, we can—and should—hope for a continued rebirth of the Catholic Church. There is a quote from the TV series New Girl:

“Without ash to rise from, the phoenix would just be a bird getting up.”

The phoenix is a bird from Greek mythology associated with the sun and rebirth, immortality and resurrection.

The statistics above are the ashes, the phoenix is the Catholic Church—and it will rise up in glory and splendor because that is the only thing that can happen. The Catholic Church is God’s church and it will not fail because it belongs to him and he is perfect. He is all good and all love and what he creates is the same.

Right now, we suffer. Because of our hope we know we will rejoice one day. God is good. All the time.

Acts: the Spread of the Kingdom [study program]

How to Find Healing Together

7 in 10 Catholics Don’t Believe in the Real Presence. How Do We Feel about That?