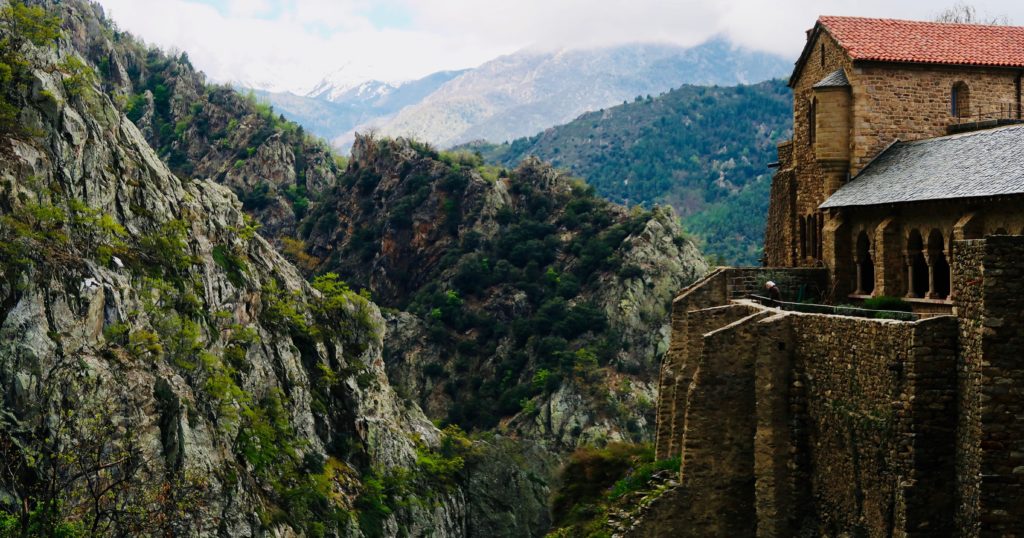 The Catholic Church has always had men and women who removed themselves from society to dedicate their lives to God. The earliest lived as hermits, some even living on top of poles to find solitude.

As our Church has grown, so have her needs. Holy men and women have founded orders throughout Catholic history to meet those needs. Many of these orders still exist today. We’ve also grown in our understanding of the importance of community, which is why all of these orders emphasize some kind of common life (and no living on top of poles).

The following are six of the most significant early religious orders, all of which still exist today. We should take the time to appreciate each of them because they exist to bless us, too. According to the Catechism:

“Different religious families have come into existence in which spiritual resources are multiplied for the progress in holiness of their members and for the good of the entire Body of Christ.”

Each of these orders has welcomes thousands, if not millions, of men and women throughout the ages. Each of them prayed and sacrificed to make our world our little holier. We can return the favor through our prayers, and by learning a bit about them.

1. The Order of St. Benedict (Benedictines)

St. Benedict is called the father of Western monasticism and with good reason. He lived in a time when most monks lived as actual hermits. St. Benedict himself lived in a cave for several years, only eating food that others lowered to him on a rope.

People living near his cave heard about him and begged him to teach them to be holy. He did what they asked. They promptly began to resent his harsh rules and tried to poison him, but he was saved by miraculous intervention. He went on to form twelve monasteries while his twin sister, St. Scholastica, founded the first Benedictine community for women.

St. Benedict had an extraordinary insight into both human fragility and capability. His rule dictates a way of life that is possible for anyone, regardless of whether or not they are called to be a hermit. However, it also demands enough of its followers to keep them from becoming lax.

Benedictine monasteries spread throughout Europe in the Middle Ages, where the members worked hard to copy texts. The order is still associated with education today. However, they are most known for hospitality, which St. Benedict specifically stressed in his Rule. He said anyone, no matter their age or rank, should be welcome at a Benedictine monastery. According to the Rule:

“All guests who present themselves are to be welcomed as Christ.”

Today there are 7500 Benedictine monks and over 13,000 nuns and sisters, not counting Trappists and Cistercians, who also follow the Rule of St. Benedict.

2. The Brothers of the Blessed Virgin Mary of Mount Carmel (Carmelites)

Founded: Around the 12th century on Mt. Carmel, Northern Israel

Notable saints: Thérèse of Lisieux, Teresa of Ávila, John of the Cross, Edith Stein, Elizabeth of the Trinity, Teresa of the Andes

The Carmelites don’t have an official founding date, as Christian hermits were living on Mt. Carmel shortly after the time of the Crusades. These early Carmelites built cells around a central chapel dedicated to the Virgin Mary. Because of this, the Carmelites consider Elijah (who had visions on Mount Carmel) and the Blessed Virgin to be their patrons.

The Carmelites had to leave Holy Land for Europe in 1235. Their new location meant they had to adjust their way of life, as it was difficult to be a desert hermit in London. The women formed cloisters, and the men became mendicant, meaning they began to preach and take on apostolates.

The Carmelites’ origin as hermits and their evolution into mendicants are responsible for their unique charism. The heart of the Carmelite charism is contemplation, which they view as three-fold. First, they live a life of prayer to build friendship with God. Second, they live in community, which allows them to love God through their neighbors. Third, they live lives of service, in order to be God’s hands in the world.

Carmelites serve in a variety of apostolates and types of communities in around 40 provinces.

Founded: 1084 in Chartreuse Valley, near Grenoble

St. Bruno of Cologne was a priest in the eleventh century who didn’t want to be a bishop. When this fate began to appear inevitable, he and two of his friends made a vow to renounce secular concerns, in part due to corruption he saw in France at the time. They spent a few months with the founders of what would later become the Cistercian order, but discerned out after picking up four more followers. They then approached St. Hugh of Châteaunenuf. He had had a vision of the seven men and sent them to a valley in the French Alps that was only accessible by a thin and dangerous ravine. They immediately built an oratory and cells to live in.

The Carthusians are known for their particularly austere life. St. Bruno didn’t leave a rule, but later monks compiled his teachings and added them to other writings on monastic life to create the statutes of the Carthusian order. These statues include rules for keeping one’s private cell in order, keeping silence, observing enclosure, and fasting and abstinence.

Historical events haven’t been kind to the Carthusians; they were persecuted and banned during the Reformation in England and suffered a similar fate in the French Revolution. Yet they’re still here–about 450 total, providing for themselves by producing the liqueur Chartreuse. The continuance of their way of life is summed up in their motto: Stat crux dum volvitur orbis: The Cross is steady while the world is turning.

St. Norbert of Xanten came from an influential family. He was friends with archbishops and emperors and was on track to be a man who was quite important in his time but ultimately lost to history.

His life abruptly changed its trajectory in 1115 when he was nearly struck by lightning and thrown from his horse. This near-death experience sparked his conversion. He went to a Benedictine monastery and was ordained a priest.

However, Norbert had seen the decline in priests’ faith throughout France and the rest of Europe. He wanted to create a religious order that would reform the clergy, much like the one his friend Bernard of Clairvaux was forming to reform monasticism (the Cistercians). As he prayed about the kind of order he should form, St. Augustine appeared to him and gave him a copy of the Rule of St. Augustine. Our Lady appeared later and gave him the white habit of the Norbertines.

There are five pillars to Norbertine communities. First is the praise of God through chanting the Liturgy of the Hours and celebrating Mass. Second is zeal for souls, typically in ways that diocesan priests failed to in St. Norbert’s time, such as administering the sacraments and teaching. The third pillar is habitual penance for the sins of the world, especially those committed against the Eucharist. Fourth is devotion to the Blessed Sacrament, as St. Norbert was renowned for defeating a heresy that denied the Real Presence of Christ in the Eucharist.  Finally, the fifth pillar of the Norbertines is devotion to Our Lady, who was so involved in the founding of the Order.

Today there are around 1,300 Norbertines active in 23 countries.

5. The Order of Friars Minor (Franciscans)

St. Francis is one of the most famous saints in the history of the Church, and I really can’t do him justice here. I recommend this book if you’d like to learn more.

The basic contours of his life are this: He was born a rich merchant’s son, and had a powerful conversion experience that included a surprising amount of public nudity. He left home in 1206 to become a hermit in a cave, which likely inspired this song. He prayed in the Church of San Damiano in Assisi where he heard the words:

“Repair my house, which is virtually ruined.”

He took those words a bit too literally, but 12 brothers joined him anyway. The brothers embraced a life of radical prayer, poverty, brotherhood, and evangelization, eventually attracting more brothers and spreading across Europe.

St. Clare heard Frances preach during Lent of 1212. She received the habit from him that Palm Sunday. She moved to a house next to San Damiano. Her mother, two sisters, and many other women joined them to form the Poor Clares, which also grew rapidly.

The Franciscans are still known for the principles of the early brothers. They believe that God’s extraordinary love is applied to the simplest of creatures, which has led to their association with animals. They are also known for their thorough love for the poor.

It’s honestly impossible to know how many Franciscan religious exist in the world today, as they will tell you. There are hundreds of Franciscan groups active today. The Poor Clares alone currently have over 20,000 members.

Like many of the founders in this list, St. Dominic de Guzmán was prompted to start a religious order after spending time in France. He began to preach the truth against the Albigensian heresy, which denied the Incarnation and sacraments and professed lots of other terrible ideas. Dominic is fascinating because as he began his preaching ministry, he immediately formed convents to pray for the preachers and their converts. That means the Dominicans had nuns before they had religious brothers!

Dominic received special permission from Pope Innocent III the preach the gospel wherever he went. In light of this background and their history of fighting heresy, the Dominican order is known for their dedication to studying and teaching. Some of the greatest teachers in the history of the Church were Dominican, including St. Thomas Aquinas and St. Albert the Great.

Like the Norbertines, the Dominicans follow the Rule of St. Augustine. Their charism differs in their emphasis on study. They even refer to themselves as “contemplative preachers”.

Today the Dominican Order includes around 29,000 members in over 100 countries.

9 Lesser-Known Resources All Catholics Should Know