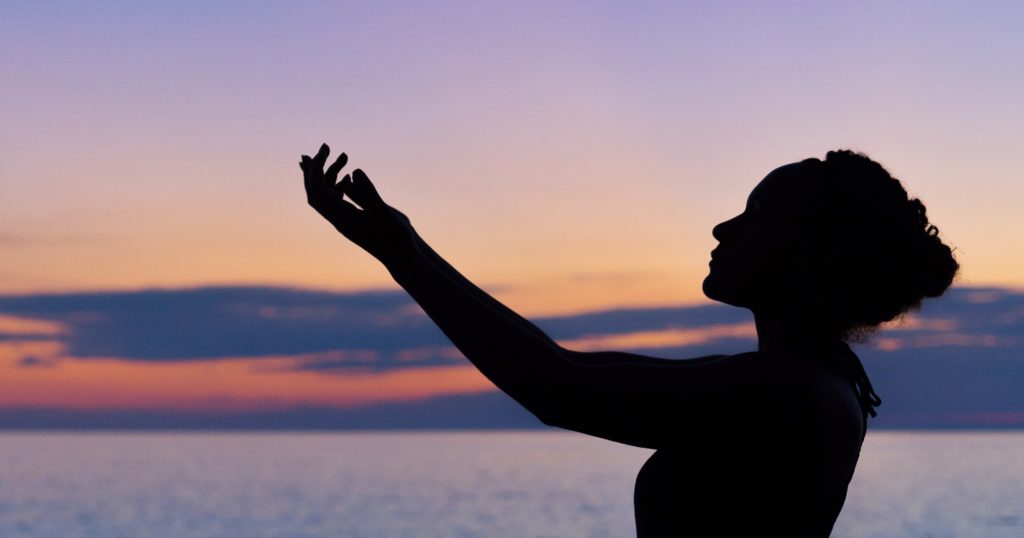 Various polls in recent years have indicated the rise of “nones”, those declaring no religious affiliation whatsoever. This is particularly conspicuous among young people. It has been noted that these “nones” are often of two types:

It’s from this latter group that one often hears, “I’m spiritual, not religious.” Typically, underlying this view is a sentiment which insists that religion is man-made.

The prevalence of this view dovetails with sociologist Christian Smith’s work. He describes the American religious landscape as one of moralistic therapeutic deism. The first (moralism) is the view that the essence of religion is about making people good, which is often equated with being nice. The second component (therapeutic) refers to the commonplace view that religion serves the purpose of providing comfort—it should make us feel better. And finally, deism is the view that acknowledges God’s existence, but denies that God is involved in our lives in any serious way: i.e., he doesn’t hear our prayers (and so no real relationship is possible), nor does he make any real demands over our lives.

The Difference the Eucharist Makes

I have incredible respect for our Protestant brothers and sisters. In fact, I studied biblical languages and archaeology in a Protestant graduate program. However, I can understand the attraction to “I’m spiritual, but not religious” from a Protestant perspective. In Protestantism, what is the reason for attending Sunday worship—beyond merely the command to observe the Sabbath? Further, are there other ways of attaining the goods sought by physically going to church (e.g., sermons, music, fellowship)?

Indeed, in a Protestant framework, the answer would seem to be yes. After all, one can hear terrific talks, sermons, and praise and worship music on the internet. And one can certainly feel like they’re part of a community in many ways, even online.

When all is said and done, organized Protestant worship and ecclesial structure is largely man-made. For this reason, one can see the rise of “I’m spiritual, not religious” as a secularized form of Protestantism. (See Brad Gregory’s Unintended Reformation for more on the historical connection between the Protestant Reformation and the rise of secularization.)

But the case is different for Catholics. We don’t go to Mass because of the homily (though, we certainly appreciate it when it’s well done). Nor do we go to Mass for the music (though we love it when it’s done beautifully and with devotion). We don’t even go to Mass primarily for the community (though that’s the natural side effect of people gathering together in pursuit of a transcendent good).

We go to Mass in order to receive the Risen Body of Jesus Christ, and thereby have hope in our own resurrection. As St. Ignatius of Antioch put it in A.D. 107, the Eucharist is the “medicine of immortality, antidote against death” (Letter to Ephesians, chapter 20). Ignatius gets this teaching directly from Jesus:

“He who eats my flesh and drinks my blood has eternal life, and I will raise him up at the last day” (John 6:54).

Everything about the Catholic Faith can be tied to the Eucharist as the Sacrament of Sacraments. Christ acts in all the sacraments by his power; but in the Eucharist, we have Christ Himself. In truth, at the end of time when Christ comes again, he won’t have an ounce more glory than he does right now in the Eucharist. The only difference will be in our ability to see.

What Is the Church?

All of the hierarchy really flows from this precious gift of the Most Holy Eucharist; for it is necessary to bring the Eucharist about. The Eucharist implies an ordained priesthood through which Christ continues his priesthood, as well as bishops who ordain these priests through the laying on of hands. The Church’s moral teaching takes on its fullest dimension in light of this nuptial relationship we’ve been invited to with our Lord, a nuptial union which finds its consummation in the Eucharist.

Much of Catholic practice, devotion, and teaching stem from preserving the divine dignity of the Holy Eucharist or distilling this wondrous treasure for the faithful. The Eucharist is truly the “source and summit” of Christian life—the very fulcrum around which our faith turns and the centrifugal source of the outpouring of divine life.

In my youth, I didn’t care much for my Catholic faith. Looking back, there are likely a host of reasons for this, some of which surely stem directly from me. Still, the Catholic Faith as presented to me in grade school and high school quite simply had no teeth—it made no real demands beyond “be nice.” I realized early on that I could get the gospel of “be nice” from lots of places—Confucius, Plato, or Buddha all could have taught me that. If that’s what this religion thing was about, why bother with Jesus? After all, what difference did Jesus make? For the truth is religion that demands nothing means nothing.

Which brings us to the next component of our current religious predicament: therapeutic. Does religion exist merely to comfort us and make us feel better? Once again, this good can be gotten in lots of ways—not least from a local therapist. Here, we see the American consumer mentality stepping in: religion is not about God, but about me and how it makes me feel.

Further, a distinctively modern penchant is to view the question of truth as irrelevant to religion. That is, religion exists to make us good and to comfort us. But its truth claims are really irrelevant (hence, the modern aversion to questions of heresy or falsity with regard to religion). In fact, modernity tends to operate on the assumption that religious truth is simply unknowable.

In the modern context, the whole notion of being “spiritual, but not religious” is an attempt to reclaim some of the goods of religion (a sense for the transcendent, a deeper purpose in life), without any of the demands of a religion rooted in truth (e.g., objective moral demands that don’t always match our immediate preferences). Being spiritual and not religious is a recipe for a self-designer religion. Given how easily our passions and desires can cloud our reason, this approach is bound to have us customizing our own spirituality in a manner that does not challenge us at all—an approach which is designed never to make us feel uncomfortable and confirm us exactly where we are.

In other words: being spiritual and not religious is precisely the man-made religion we would expect fallen creatures like ourselves to create.

But as we noted, without the Eucharist, this would seem to be a perennial temptation. The Eucharist keeps religion objective; and the features of religion which those outside the fold generally find most irksome (e.g., moral teaching, hierarchy) make sense precisely in light of the Eucharist. If the Eucharist is the Risen Jesus among us, we would expect rigorous moral teaching and a sacred hierarchy charged with caring for and presenting before the faithful this most august treasure—as well as an insistence on the importance of the sacrament of confession after committing grave (mortal) sins before receiving Christ’s precious Body and Blood.

But Can’t I Just Serve the Poor?

It’s common to hear someone eschew prayer in favor of acts of service—often seeing the latter as the heart of the gospel and prayer as something extra. While service is certainly an essential part of the gospel, it is not the whole.

Consider the analogy of marriage: it would be a strange marriage if I spent all my days serving my wife—doing yard work, painting, cleaning—and quite literally never talked to her for months or even years on end. Serving my wife, as well as serving those she loves (our children), is an important part of showing my love for her. But these acts of service make sense only in light of the prior relationship I have with her.

God has invited us into a personal and even nuptial relationship with him. For this reason, in the analogy, serving my wife is like acts of service which show love for my neighbor; spending time talking with my wife (about the mundane and the depths of our hearts) is analogous to prayer; and renewing our covenant bond in the marital act is a foreshadowing of the Eucharist—where we become one flesh with our Lord.

Serving others is essential; but it does not replace or substitute for a living personal and nuptial relationship with God. In fact, the former flows out of the vitality of the latter.

It’s not surprising that people find half-baked religion uninspiring—that’s exactly what I came to growing up. But the real thing—in all its glory and grandeur—is the most riveting and exhilarating adventure we could ever go on.

How can we reclaim our sense of purpose and God-given mission in light of what Jesus has done for us—in the Cross and in the Holy Eucharist? Share your thoughts in the comments section at the bottom of the page.

Toward Recovering a Love for the Eucharist

Why Am I Catholic? The Eucharist

Religious or Spiritual? A Closer Look

Dr. Andrew Swafford is an associate professor of theology at Benedictine College. He is a general editor and contributor to The Great Adventure Catholic Bible, published by Ascension. Swafford is author of Nature and Grace, John Paul II to Aristotle and Back Again, and Spiritual Survival in the Modern World. He holds a doctorate in Sacred Theology from the University of St. Mary of the Lake and a master’s degree in Old Testament & Semitic Languages from Trinity Evangelical Divinity School. He is a member of the Society of Biblical Literature, Academy of Catholic Theology, and a senior fellow at the St. Paul Center for Biblical Theology. He lives with his wife Sarah and their four children in Atchison, Kansas.

Photo by William Farlow on Unsplash