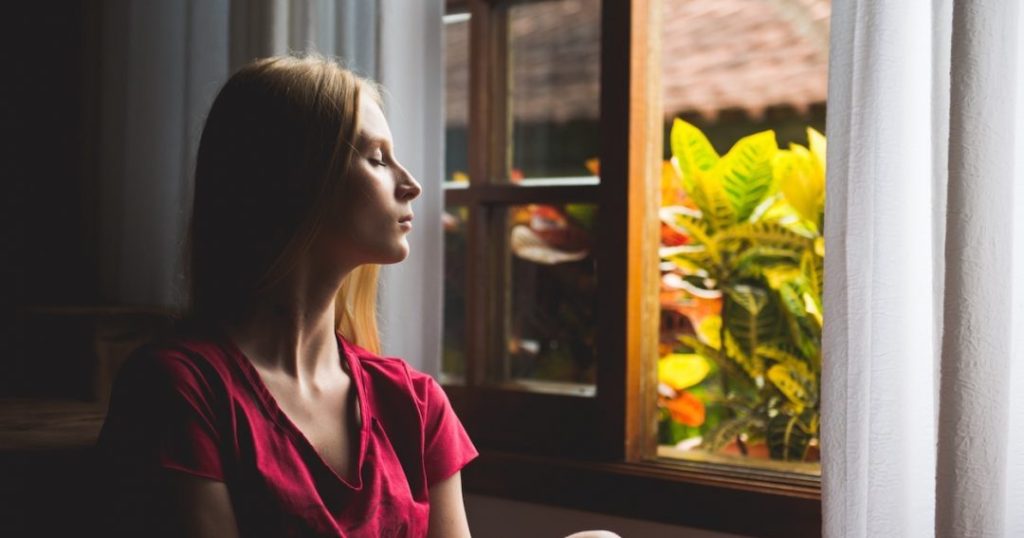 All of us must contend with the prevalent negative attitude toward religion. However, young people are deeply affected with more than thirty-nine percent claiming non-affiliation in a recent Pew survey.

Here is how it can happen.

Abby grows up in a structured, doctrine-based religious household but begins to meet people with no religious affiliation. They appear to be kind, compassionate, hard-working, fun, and somehow just good.

She thinks, “Wow, they are kinder, happier, and more motivated than many of my religious friends, and they did this with no religion.”

The obvious conclusion is that organized religion is not necessary to be good or happy. In fact, it comes with a lot of baggage. Chuck it.

Then there is Mike who grows up with some religious affiliation, but the focus is on community and fellowship. He’s familiar with youth group meetings and activities, Bible studies, and great praise and worship music.

But Mike finds his beliefs challenged by certain scientific discoveries and opinions of peers and professors. They ridicule stories in the Bible and question whether Jesus is a historical person. They doubt the existence of God and the soul. So Mike decides to “grow up” and out of religion. Chuck it.

Finally, Theresa loves God and prays often. At a certain point, someone points out all the atrocities committed by Christians or those of other faiths who spread hate because of their beliefs. It won’t stop her from praying, but Theresa now believes that organized religion prevents people from being tolerant and causes violence. Chuck it.

Do these ideas sound familiar?

What Does Being Spiritual Mean?

Because of the perceived pitfalls of organized religion mentioned above, many people today opt for being spiritual as opposed to being “religious.” But what does that really mean?

For most people, being spiritual means believing in something that is beyond what we can feel, hear, smell, touch. Whether people name this something “God” or “life force” or “cosmic consciousness” or “Higher Power,” it is bigger than themselves. They may be a part of it, a manifestation of it, but this “Reality” is good. Discussions with spiritual people are therefore quite different from those you might have with strict materialists who would deny any transcendent reality.

What Does Being Religious Mean?

Surprisingly few people understand the nature of religion. The perception is that it is only concerned with rules and authority. To many people, religion offers its adherents a narrow understanding of the world and the people in it. For many, religion just boils down to “someone else” telling me what to believe. Is that all there is to religion?

Let’s look at what research reveals about the nature of religion. On this topic, several scholars stand out. There’s Rudolf Otto’s description of the numinous experience. Then there’s Friedrich Heiler’s list of the seven common characteristics of most world religions. Also, Mircea Eliade’s examination of the rituals and myths of the world’s religions is worth mentioning. Fr. Robert Spitzer discusses their contributions in “The Soul’s Upward Yearning,” on the Magis website, and in this interview.

Experience at the Heart of Religion

Yes, organized religions have rites and rituals to mark sacred times and places. However, the research reveals that an experience is at the heart of authentic religion. While most religions acknowledge that there is exterior evidence for God—from science or physics or philosophy—there is interior evidence as well.

This description of the religious experience would resonate with the “spiritual but not religious” crowd, but it might surprise them to learn that it is also the foundation of organized religions. Consider the Christian “encounter” with Christ as the foundation of conversion. This is captured by Benedict XVI’s remark:

“Christianity is an encounter, a love story; it is an event.”

A Moral Code Is Needed

Secondly, key to all religions is that this “Other” demands our response—to follow a moral code.

For the “spiritual” person who recognizes this, it means determining for himself what guidelines to follow. Lao Tzu and Buddha are popular, and for many simply “what makes me happy” is the default.

A religious person, like the spiritual person, may look to the ancient wisdom of other cultures, and likely to the saints, but ultimately relies on the moral code developed from the doctrines and teachings of the Church. For Catholics, there is a long tradition of an interplay between natural law and Revelation in the development of ethics.

The Danger of Relativism

At this point you might be wondering if being spiritual or religious makes any difference as long as everyone is trying to “be good.”

But how can we figure out what rules to follow? Moral rules should be based on fundamental principles, otherwise they are dictated by how we feel about something, or what our society or culture believes at the moment.

Although there are some universally accepted rules, (i.e. that your actions ought not to hurt others is one) a non-affiliated spiritual person’s moral code risks being corrupted by relativism. This unfortunately leads to the unworkable thesis, “what is true for you is not true for me;” therefore, the argument goes, the rules should allow for maximum free choice.

Demanding that our individual egos and desires determine “goodness,” this view ends up isolating us from others and working against true tolerance. There is often a failure to acknowledge the dignity and value of every individual, and a refusal to acknowledge that some actions are always and everywhere intrinsically bad choices.

The Dangers of Religious Affiliation

So are there any dangers in being affiliated with an organized religion? Aside from obvious abuse of religion as an excuse for violence, there can be a more subtle danger: overemphasis on following rules and a rigid interpretation of doctrines. The Pharisees come to mind.

In C.S. Lewis’ book, The Screwtape Letters, Screwtape, the senior devil, proposes a toast using wine blended from various types of Pharisees noting their self-righteousness and distortion of religion:

“It can still send us the truly delicious sins. The fine flower of unholiness can grow only in the close neighborhood of the Holy. Nowhere do we tempt so successfully as on the very steps of the altar.”

The Challenge for All of Us

One honest, insightful agnostic commented on the difficulties all of us face—religious or spiritual:

“Things like morality, truth, empathy, justice, creativity, love, or honesty (the really good things about human beings) are not traits that are blindly and universally endowed upon people. Rather these traits are characteristics that people must strive to achieve. It is a never ending battle to become and remain ‘a good person.’ It can never be taken for granted. This is the prime message of most religions, including Catholicism and Christianity in general.”

Moral conversion is an ongoing battle, and all of us must enter the fray.

If we are to make any progress in this age of diversity, we need to be charitable in our exchanges, but sure of our ground. Tolerating others’ beliefs does not mean agreeing with them, but attempting to understand different perspectives, and effectively communicating your own, are key to fruitful dialogue and authentic evangelization.

For a great resource to boost your confidence in the Faith’s ability to answer our deepest needs and desires and a way to promote authentic human flourishing, head over to crediblecatholic.com.

This article was first published on The Magis Center Blog. It has been republished with permission.

Going Against the Tide of Religious Indifferentism

Armed with a B.A. in Philosophy, a minor in science, and a trio of graduate science classes, Ciskanik landed in a graduate nursing program. With the support of her enthusiastic husband, an interesting career unfolded while the family grew: a seven year stint mostly as a neurology nurse, fifteen years as a homeschooling mom of six, and a six year sojourn as curriculum developer and HS science teacher (which included teaching students with cognitive differences). These experiences added fuel to her lifelong interest in all things related to God’s creation and the flourishing of the human spirit—which has found a new home on the Magis blog.

The New Age Movement and Where It Came From
The Roundup of Ascension's Weekly Content
Can Philosophy Provide Evidence for God's Existence? Part 2
How These Two Jesuit Priests Exemplify C.S. Lewis’ Definition of Friendship
Has Ascension's free media strengthened your faith?
You can now offer ongoing support for this content with a recurring gift.
Support Ascension