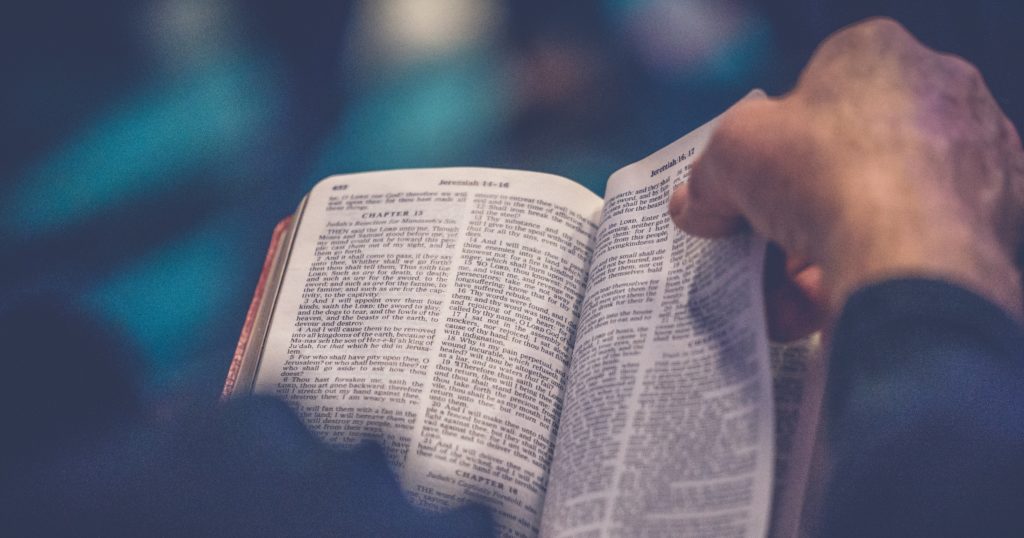 We know the Bible is the word of God because the Church has consistently taught that it is—and we have the promise of Jesus himself that he would preserve the Church from error on matters of faith and morality (see Matthew 16:18-19; CCC 136).

Jesus spoke of the Scriptures (referring to the Old Testament) as being the inspired word of God, which bore witness to him:

‘Then he said to them, ‘These are my words which I spoke to you, while I was still with you, that everything written about me in the law of Moses and the prophets and the psalms must be fulfilled. ‘Then he opened their minds to understand the scriptures,  and said to them, ‘Thus it is written, that the Christ should suffer and on the third day rise from the dead, and that repentance and forgiveness of sins should be preached in his name to all nations, beginning from Jerusalem.”‘

He promised to guide his Church through the ministry of his apostles (see John 14:16-18, 25-26), and the apostles passed on this authority to their successors, the bishops. It was the bishops of the Church that determined which books among the many Christian writings in circulation at the time were truly inspired.

Therefore, it was the Church, through the authority entrusted to it by Christ, that determined the canon (“rule” or list of inspired books) of Scripture. This process took more than three centuries and was finally resolved at the Council of Hippo in AD 393.

Later, at the two Councils of Carthage, in 397 and 419, the bishops of the Church continued the process by finally determining which sacred writings were divinely inspired. (We need to remember that the early Christians did not have access to the Bible as we know it today. The first printed Bible was not available until the printing press was invented in the fifteenth century, and even then, the number of copies in circulation was limited.)

This question has been adapted from the book, Did Adam and Eve Have Belly Buttons? by Matthew Pinto

Are the Stories in the Bible True?

How Can the Church Say the Bible Is without Error?

How Do We Know Today’s Bible Is the Same as the One Used by Early Christians?

The Bible Is Inspired by God
St. Anthony of Padua, the Evangelical Doctor, Was a Simple Man
Weekly Roundup of Ascension's New Free Content
Benefits and Pitfalls of Personal Bible Study
Has Ascension's free media strengthened your faith?
You can now offer ongoing support for this content with a recurring gift.
Support Ascension