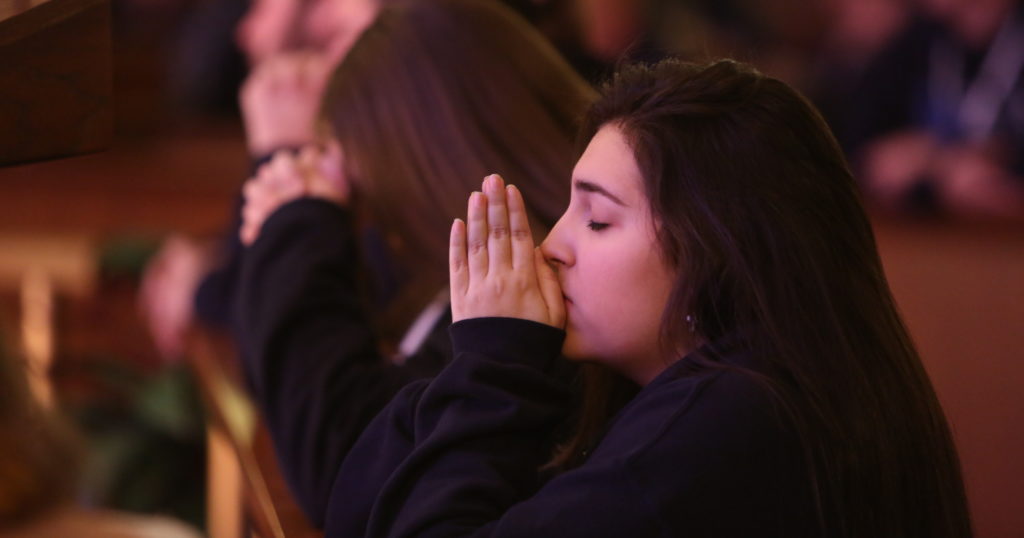 Talk of the “soul” usually brings to mind something unchanging, even immortal—the core of our humanity that outlasts death. While it informs our bodily existence, the soul differs from our physical being since it doesn’t develop, age, and decline like our bodies do. It’s just there (somewhere) in us. Ultimately, it is who we are.

So to speak of “The Twentysomething Soul”, the title of a forthcoming book from Oxford University Press, is intriguing.  Based on a national survey of 1,880 twenty-somethings and interviews with more than two-hundred young adults, this book offers a look at the religious and secular lives of American young adults, those persons commonly, but perhaps mistakenly, called “the lost generation.”

To quote the marketing blurb:

“The Twentysomething Soul tells an optimistic story about American twenty-somethings by introducing readers to the full spectrum of American young adults, many of whom live purposefully, responsibly, and reflectively. Some prioritize faith and involvement in a religious congregation. Others reject their childhood religion to explore alternatives and practice a personal spirituality. Still others sideline religion and spirituality until their lives get settled, or reject organized religion completely.”

Breaking Down the Young Adult Demographic

Writing for the Association of Religion Data Archives, Richard Cimino offers a few tidbits of what readers will find in this study. The number of Christian twenty-somethings is larger than the population of Texas, and roughly six out of ten affiliate with Catholic and Protestant traditions. However, greater percentages of them are “nominal” rather than “active” in their religious identity.

What all of the active Christian twenty-somethings value is “a strong sense of community, an emphasis on spiritual experience, and pastoral leadership (especially good preaching) in their churches.” Denominational differences lead to varying points of emphasis, namely the Eucharist (for Catholics), social justice (for mainline Protestants), or good preaching (for Evangelicals).

To gauge what the Catholic twenty-somethings think about these values in terms of their actual experience of parish life, we can consult The Disciple-Maker Index (DMI). As a caveat, however, “twenty-something” in the DMI encompasses a less well-defined group since the data categorizes responses from those aged 18-25 and 26-35.

Still considered young adults, these two cohorts comprise roughly seven percent of the total number of respondents (131,844) from parishes across the U.S. and Canada. Regarding their own religious identity, the twenty-somethings mirror the make-up of the entire DMI since ninety-three percent identify as practicing Catholics, growing as disciples, or cultivating a personal relationship with Jesus.

The Faith and Everyday Life Connection

In terms of a strong sense of community, the DMI includes multiple data points about parishioners’ experience of being connected with a local Catholic community. For all respondents, the primary question, and a key differentiator between those who do or do not practice their faith, concerns whether or not they feel welcome and accepted at the parish. Among the DMI twenty-somethings, forty-five percent strongly agree that they feel a sense of parish community.

In terms of an emphasis on spiritual experience, the points of comparison are not exactly the same. According to the DMI data, thirty-nine percent of the young adults strongly agree that their parish does help people grow spiritually as Catholics.

In terms of pastoral leadership, thirty-five percent of the DMI twenty-somethings would recommend their pastor to a friend. Forty percent of them strongly agree that what they hear from the pulpit is helpful at connecting faith with everyday life. (Overall, these factors remain two of the top five drivers in whether parishioners recommend their parish to others and whether they view the parish as helping them to grow spiritually.)

Regarding the specifically Catholic points of emphasis, eighty-four percent of the DMI twenty-somethings report that they attend Mass at least weekly, yet a mere thirty-nine percent strongly agree that their Sunday experience is vibrant and engaging. Moreover, only sixty-nine percent of them strongly believe that the Eucharist really is the body and blood of Jesus Christ.

While the topics of inquiry in The Twentysomething Soul and the DMI do not align exactly, nevertheless it can be instructive to see the gap between what young people say they value and what they report in terms of their actual parish experience.

Fewer than half of twenty-somethings claim to experience what the new research says they value in a church community. Catholic parish leaders would do well to consider how to feed these young souls more deeply. Otherwise, they may, in fact, become a lost generation.

The Ascension Blog thanks The Catholic Leadership Institute for contributing this article.

Running a Race for the Church’s Future

Fr. Tom Dailey, a priest in the Oblates of St. Francis de Sales (OSFS), serves as a research fellow and spiritual advisor at the Catholic Leadership Institute in Wayne, Pennsylvania. He holds the John Cardinal Foley Chair of Homiletics and Social Communications at St. Charles Borromeo Seminary in the Archdiocese of Philadelphia. He writes a monthly column and does occasional podcasts for CatholicPhilly.com. Check out his feature on CatholicSpeakers.com