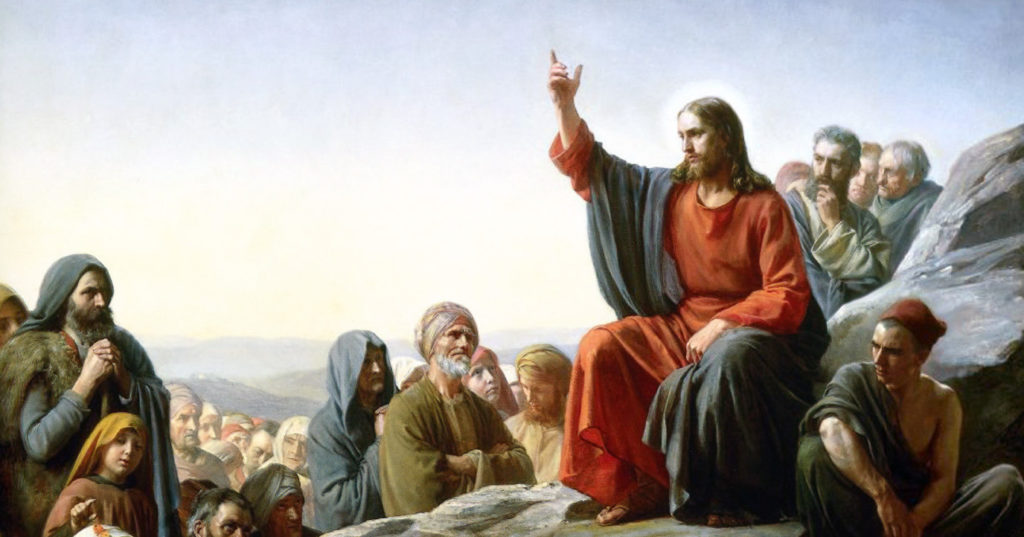 The change in the Italian wording of the Lord’s Prayer was widely reported and just as widely misunderstood. Many Catholics thought the pope was mandating a change in the translation of the prayer in all vernacular languages, including English. However, the change was not mandated by the pope, but came from the Italian bishops. Moreover, the approved change only affects Italian-speaking Catholics.

Will there be a change to the Lord’s Prayer in English? At this point, there is no movement on anyone’s part to do so. Pope Francis takes a relatively hands-off stance toward managing local churches. He allows regional and national episcopal conferences a wide range of latitude to manage their own affairs. For a change in the English of the Lord’s Prayer to take place, the motion to do so would have to come from the English-speaking bishops.

English is the largest language group within the Catholic Church. There are fifty-five sovereign states and twenty-seven non-sovereign entities where English is an official language. The bishops of these countries represent a wide range of perspectives and face many daunting challenges. Right now, changing the wording of the Lord’s Prayer is probably quite low on their priority list. So, at the moment, no change in the English of the Prayer is on the horizon.

Should the English Version of the Lord’s Prayer be Changed?

Scholars and clergy debate this. The traditional translation, “Lead us not into temptation,” literally represents the traditional Latin (et ne nos inducas in tentationem) and the original language (Greek) of Matthew 6:13. However, the line certainly doesn’t mean that God is the one who tempts people. As St. James says:

“Let no one say when he is tempted, ‘I am tempted by God’; for God cannot be tempted with evil and he himself tempts no one” (James 1:13).

The meaning of Matthew 6:13 is, “Let us not be led into temptation,” which is very close to the new phrasing in Italian.

Languages are full of non-literal expressions, where the meaning differs from the actual wording. For example, in American English we say, “Turn on the light!”, but the vast majority of lights are ignited by flipping a switch.  The expression, “turn on,” probably comes from the days of gas lighting, when one literally turned a valve to start the flow of gas to a lamp. Yet the expression stuck even after we migrated to electric switches. If one translated, “Turn on the light!” literally into other languages besides English, it would not make sense. Most other languages do not use the verb “turn” with lights. For example, German simply says, “Make the light on!”

So the Lord’s Prayer as recorded in Matthew 6:13 does literally say, “Lead us not into temptation” in Greek. However, it means, “Don’t let us be lead into temptation.”  The first expression is a literal translation. The second is what scholars call a “dynamic equivalent,” which expresses the meaning if not the exact wording.

The Lord’s Prayer is theologically very rich, and there are many other shades of meaning that we have lost in the traditional English translation.

“And lead us not in the (final) Tribulation, but deliver us from the Evil One.”

In other parts of the prayer, the word translated “trespasses” as we commonly recite it, is simply the Greek word for “debts” (ôpheilêmata), and it would be better to translate the word as such. Finally, the expression translated “daily” in the line, “give us this day our daily bread,” is really two Greek words (epi ousios) that are very difficult to translate. We could render them as “for subsistence”, which is the sense the word “daily” roughly conveys, i.e. the bread one needs to subsist from day to day. However, the same phrase could be rendered “supersubstantial” (that is, supernatural), and that is how St. Jerome rendered it in the Latin Vulgate. Translated that way, it points to the Eucharist.

In sum, it is impossible perfectly to convey in concise English all the meaning of the Lord’s Prayer in its original language (Greek). Believers who want to soak in all the meaning and significance of this beautiful prayer will need to study it and meditate on it. A good resource is Pope Benedict XVI’s discussion of the Lord’s Prayer in the first volume of his Jesus of Nazareth trilogy.

Rethink the Prayer God Gave You: Three Invitations to the “Our Father,” Part 1

Interview with Fr. Mike Schmitz – The Heart of a Father (podcast)

The Challenge of Fatherhood (video)

Oremus: A Guide to Catholic Prayer

Dr. John Bergsma is a professor of theology at the Franciscan University of Steubenville. He served as a Protestant pastor for four years before entering the Catholic Church in 2001 while pursuing a Ph.D. in Theology from the University of Notre Dame, specializing in the Old Testament and the Dead Sea Scrolls. Dr. Bergsma speaks regularly at conferences and parishes nationwide, and has appeared on EWTN’s The Journey Home, Life on the Rock, Franciscan University Presents, and Relevant Radio’s Drew Mariani Show. He and his wife Dawn reside with their eight children in Steubenville, Ohio.