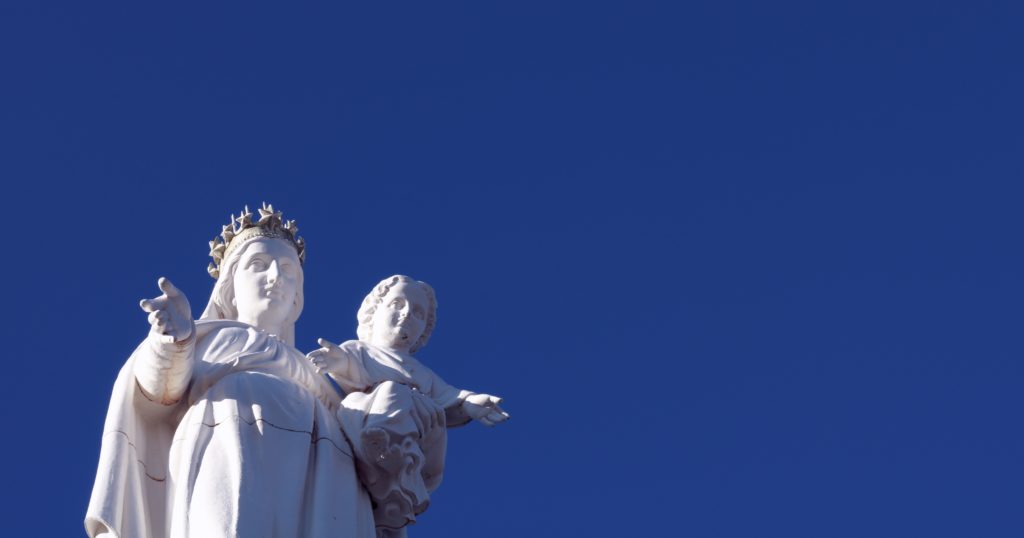 For many kids, senior year of high school is both a year of lasts—last first day, last homecoming, last class retreat—and a year of looking forwards— planning for college, independence, new friends. It’s emotional and terrifying and exciting all bundled together in a package of smiles. It is supposed to be bittersweet for all involved. Not so for my son. For him, it was much more bitter than sweet.

While others were ramping up, he was slowing down. When others researched potential colleges, he was half-hearted. When others discussed future plans, he hung back. The whole thing stressed him. Since he was our first, we had no idea this was not how it was supposed to go. What we learned is that there is no way it is supposed to go, but it does help if it goes in some way.

He couldn’t fathom a future any different from the present, but he knew he should be thinking about it. There was never doubt he would pursue higher education but the reality of it lurking toward him was daunting. He admitted he was terrified to leave home and the look on his face showed me he was telling the truth. This good-hearted, introverted boy struggled to imagine not being at the family dinner table, pausing mid-bite, fork in air, to laugh at the antics of his younger brother. In my role as mother, I couldn’t picture an empty chair at the table. The last eighteen years had passed faster than I ever expected.

Running out of Time and Patience

He took an ACT prep course, he went on the college search software his school provided, he talked about possible majors. At the same time, his grades began to slip and he lacked motivation. We tried to be supportive, and we longed to provide that enthusiasm for him but he kept becoming mired in more doubt. We asked him status update questions each weekend and it became an argument. The other kids quickly learned to scatter when these discussions started.

I had a thimbleful of patience that quickly dried up. He and I aggravated each other. I couldn’t understand his reluctance. This is college! This is exciting! There are opportunities and adventures out there! We helped him set weekly progress goals, only to check in and find them undone. Eventually, he and I could not speak to each other about it. This thoughtful child who labors over decisions had the unfortunate luck to have a mother who makes decisions quickly.

The school year raced on. No forward progress was made. While my son’s friends were researching and visiting schools, writing application essays and applying for scholarships, he was frozen. We weren’t willing to do the work of applying to schools for him but we were willing to brainstorm options.

“How about technical school? You love cars. Learn how to fix them.”

“How about you live with Oma and Opa and go to school there.  You’d be getting away, but you’d be with them?”

“Then what do you want to do?”

“Did you talk to your guidance counselor?”

“Did you research any schools?”

Mary, Help Him Through

The kid who regales us with the minutiae of his life stopped talking. My head ached. My shoulders knotted. I did not understand this indecision, this opposition to moving toward the future. Why was it so hard for him and why couldn’t I be more understanding? I didn’t care where he went or even what he majored in. I just wanted him to be engaged with his future.

It was a tough prayer. It was hard to admit I was not being the mother I wanted to be. I didn’t want to fail my son but I didn’t know how to help him either.

It was time to behold my mother and the mother of my son. I had to trust that she loves him as much as I do. Mary points us toward Jesus; she desires to bring us closer to him. She would care for my boy. I have prayed many times for her guidance but I have never officially given one of my kids to her.

When my husband wanted to talk about all of it, I told him I needed a break. I needed to step back for a month. He was puzzled at this response from me, the one who usually walks us in circles, externally processing. This time, it was all I knew to do.

Then we stumbled upon a solution: the local two-year college. He could live at home, take some general education classes and re-evaluate in a year. Relief washed across his face. It wasn’t a glamorous option and in our super competitive neighborhood, it was often received with a nonchalant “ … Oh” and a sympathetic head tilt, as if we’d somehow failed. But we embraced it with joy. This child who’d struggled and stressed had a direction. He had a plan.

The following fall he commuted forty-five minutes to a suburb and took some classes. He played on the soccer team, made a few acquaintances and was at peace with his decision. He admitted he was a snob and it was hard to tell people he wasn’t going somewhere cool but he also knew it was the right decision for him. It was going to be OK.

Midway through the year, he started to get itchy. The drive was wearing on him, he was lonely (it’s hard to make friends at a commuter school) and he was beginning to think about possible majors and jobs. The summer before he had gone on a mission trip with our church and met a guy his age who was attending a small Catholic school in North Dakota. My son expressed interest in this school. He and my husband went on a site visit and he came home in love. He had found his college and loved everything about it—even the massive amount of snow.

The motivation switch flipped on. He applied for admission, looked into scholarships and housing options, stayed connected with his mission trip friend, contacted the soccer coach, and registered for classes. We sat back in appreciation and watched him. He was excited and ready. We all knew it.

Months later we drove him out to Bismarck and dropped him off. He is happy. He gets to play soccer and go to Mass, and he has a group of awesome friends. It’s hard not to be excited for him.  He’s exactly where he needs to be—the University of Mary.

Photo by DDP on Unsplash