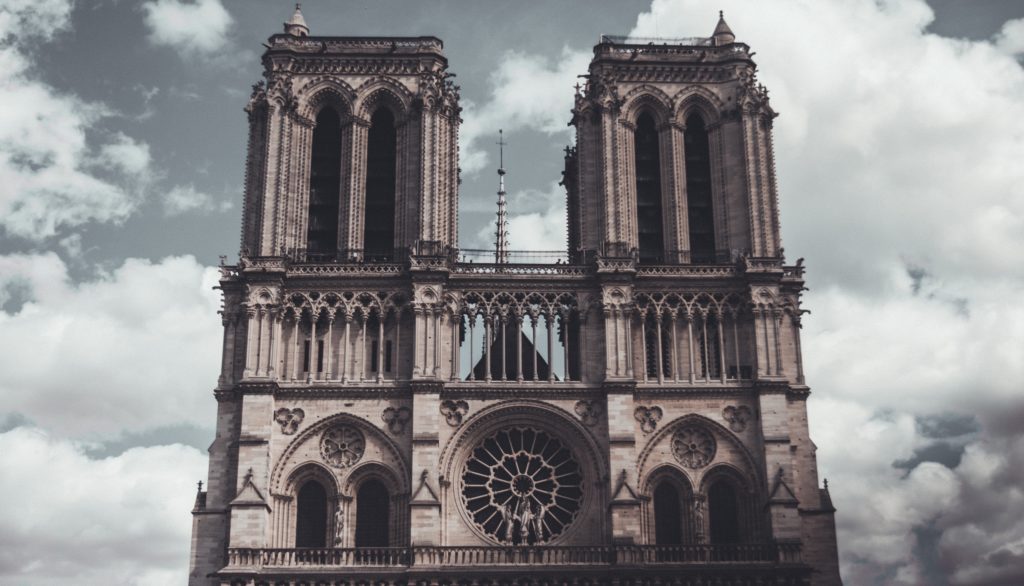 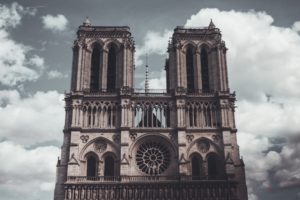 As Catholic Christians, we have a lot of love for the Blessed Virgin Mary. We have this love for her because our Lord Jesus loved her so much. He loved her so much that he gave his own mother to us at the foot of the Cross. Indeed, as Mary remarks in the Gospels to the Archangel Gabriel, “all generations will call me blessed” (Luke 1:48).

Devout Catholics have given Our Lady many different titles, all of which she is worthy of receiving. Just take a look at the Litany of Loreto, where she is honored with all sorts of names from “Seat of Wisdom” to “Comforter of the Afflicted”. She has received all these accolades from Christians since apostolic times, not only because she bore Jesus, but because she heard the word of God and kept it (see Luke 11:28). As St. Augustine once said:

“Mary is more blessed because she embraces faith in Christ than because she conceives the flesh of Christ.”

She served as the ultimate role model for all Christians in her willingness to cooperate with God’s will. So while we rightfully acknowledge her as the Mother of God, the Theotokos, we also acknowledge her sanctity and her willingness to do God’s will. This is why another ancient name attributed to her will officially appear on the Church’s calendar for the first time this year. The day after Pentecost, May 21, the Church will be celebrating the memorial of Mary, Mother of the Church.

Why This New Feast Is Needed

Some Catholics may scratch their head at this new feast instituted by Pope Francis. “We already commemorate her as the Mother of God on January 1,” some may say, “so why bother with this feast? Of what importance is it?” Rest assured that this feast is extremely important for several reasons. First, as mentioned above, this specific title given to our Blessed Mother is one of ancient origin. It’s interesting to see the comparison between this feast (and title) of “Mother of the Church” and the more recently proclaimed Marian dogmas of the Immaculate Conception and her Assumption into heaven at the end of her earthly life.

Many outside of the Catholic Faith were confused as to why these dogmas and titles of Our Lady were being recognized only in the nineteenth and twentieth centuries. What these people missed was that the Church had always recognized these moments in the life of our Blessed Mother as being legitimate, and the respective decrees by the popes only solemnized things. So is it the same with this new feast day in the twenty-first century? The idea of Mary as Mother of the Church didn’t pop up out of nowhere in 2018. Instead, it has its roots in apostolic tradition and in the witness of the Church Fathers. The present successor of Peter, Pope Francis, has now deemed it fitting that Mary be recognized by the whole Church by this magnificent title every year.

A Title She’s Held for Centuries

We can see that even early in the fourth century, it was clear to Christians that Mary was much more than just the mother of our Lord Jesus. St. Epiphanius of Salamis observes the following:

“True it is … the whole race of man upon earth was born of Eve; but in reality it is from Mary that Life was truly born to the world, so that by giving birth to the Living One, Mary might also become the Mother of all the living. Thus then in a mystical sense Mary is called Mother of the living.”

Just as we, the baptized, are mystically united to Christ as members of his Body, so, too, is Mary the mother of all those have life in Christ. Pope St. Leo the Great, speaking during a homily on Christmas Day, also contributes his remarks on how the early Christians greatly revered Mary as the mother of all the Church’s members:

“[T]oday’s feast of Christmas renews for us the sacred beginning of Jesus’s life, his birth from the Virgin Mary. In the very act in which we are reverencing the birth of our Savior, we are also celebrating our own new birth. For the birth of Christ is the origin of the Christian people; and the birthday of the head is also the birthday of the body.” —Pope St. Leo the Great

Once we are plunged into the waters of baptism, we die to our old lives, and rising again from the waters, we are reborn. We are a new creation in Jesus Christ. But since Jesus is both God and man, he also was born according to the flesh. He had a birthday just as you and I do. So his birth from the Virgin Mary becomes our birthday, too. We recognize that Jesus is the Head of the Church; he is inseparable from the members that make up his body (see Catechism of the Catholic Church, 795). That is why, along with St. Leo, we can rightfully state that at the moment our Blessed Mother gave birth to her son, Jesus, she also gave birth to each and every one of us. Realizing this makes the words of our Lord to St. John at the foot of the Cross so much more meaningful and illuminating.

Quoting St. Augustine, the Catechism picks up on these observations from the Church Fathers, synthesizing it in this way:

“The Virgin Mary… is acknowledged and honored as being truly the Mother of God and of the redeemer… She is ‘clearly the mother of the members of Christ’… since she has by her charity joined in bringing about the birth of believers in the Church, who are members of its head.” (CCC 963)

God’s Mother Is Our Mother

When I reflect on these observations made by more forefathers in the Faith, it pains me that many of my separated brothers and sisters in Christ cannot bring themselves to come to Mary as their refuge. None of the veneration we give to Mary can ever trump the adoration and worship we give to God, but it’s clear that our Lady had a very special role in salvation history. To ignore her, or to see her as an obstacle to Christ, is an immense tragedy that greatly wounds us. Many non-Catholic Christians cannot accept calling her the Mother of God. This would probably make it pretty difficult to then see Mary as their own mother. But we know that the notion of receiving Mary as our Mother is both biblical (see John 19:25) and apostolic in nature. Even one of the greatest proponents of sola Scriptura (believing in the Bible alone for authority) recognized Mary as mother of all Christians who are reborn in Christ:

“Mary is the Mother of Jesus and the Mother of all of us even though it was Christ alone who reposed on her knees… If he is ours, we ought to be in his situation; there where he is, we ought also to be and all that he has ought to be ours, and his mother is also our mother.”

That comes from Martin Luther himself. If Mary is his mother, then she is our mother too. If we have “become Christ”, as St. Augustine says, through baptism, then we have also gained his mother. Think about how wonderful this is for a moment! What better mother could we ask for? A mother that does God’s will, no matter how difficult it is. A mother who always points to God in whatever situation we find ourselves in: “Do whatever he tells you” (John 2:5). A mother who will always pray for us as long as we ask her. This is why we have to hope that our Protestant brethren can look past the anti-Catholic bigotry that colors many of their views on our Lady, and look to Sacred Scripture and the Sacred Tradition of the Church in understanding how to understand her role in God’s plan for humanity.

Mary’s Role in the Life of the Church

While this may be harder for us to realize in the long run, we as Catholics have the immediate benefit of this feast’s institution bringing to light another aspect of Mary’s role that can be overlooked. We don’t often call Mary “the Mother of the Church” even among average Catholics. But putting this feast into the universal calendar will help all Catholic Christians to more deeply understand Mary’s role in the life of the Church. Directly quoting Lumen gentium, promulgated by Pope Blessed Paul VI, the Catechism shows us clearly what our Lady represents for all Christians:

“At once virgin and mother, Mary is the symbol and the most perfect realization of the Church: ‘the Church indeed… by receiving the word of God in faith becomes herself a mother. By preaching and Baptism she brings forth sons, who are conceived by the Holy Spirit and born of God, to a new and immortal life. She herself is a virgin, who keeps in its entirety and purity the faith she pledged to her spouse” (CCC 507).

The link between the Church being born on Pentecost and the constant prayers that the Church has received from her mother, should be at the forefront of our minds when celebrating this holy season. Don’t forget that Mary was with the Apostles when the Holy Spirit descended upon them on that very first Pentecost! How fitting that she should be there, the spiritual mother of the Church, to witness the “birthday” of that same Church. Cardinal Robert Sarah, Prefect of the Congregation for Divine Worship and the Discipline of the Sacraments, is spot on in pointing out what the observation of this feast will bring to all Christians. If you can, try to make it to Mass on Monday, May 21 for the first celebration of this feast, so that you may experience these “mysteries” more fully:

“The hope is that the extension of this celebration to the whole Church will remind all Christ’s disciples that, if we want to grow and to be filled with the love of God, it is necessary to plant our life firmly on three great realities: the Cross, the Eucharist, and the Mother of God. These are three mysteries that God gave to the world in order to structure, fructify, and sanctify our interior life and lead us to Jesus. These three mysteries are to be contemplated in silence.” —Cardinal Robert Sarah

With His Body Christ Weds the Church

Mary: The New Eve and Our Spiritual Mother

Hail, Full of Grace: The Immaculate Conception Explained
The Assumption of Mary: A Sign of Good Things to Come
How Mary’s Assumption Is Rooted in Tradition & Scripture
The Sacramental Vision
Has Ascension's free media strengthened your faith?
You can now offer ongoing support for this content with a recurring gift.
Support Ascension