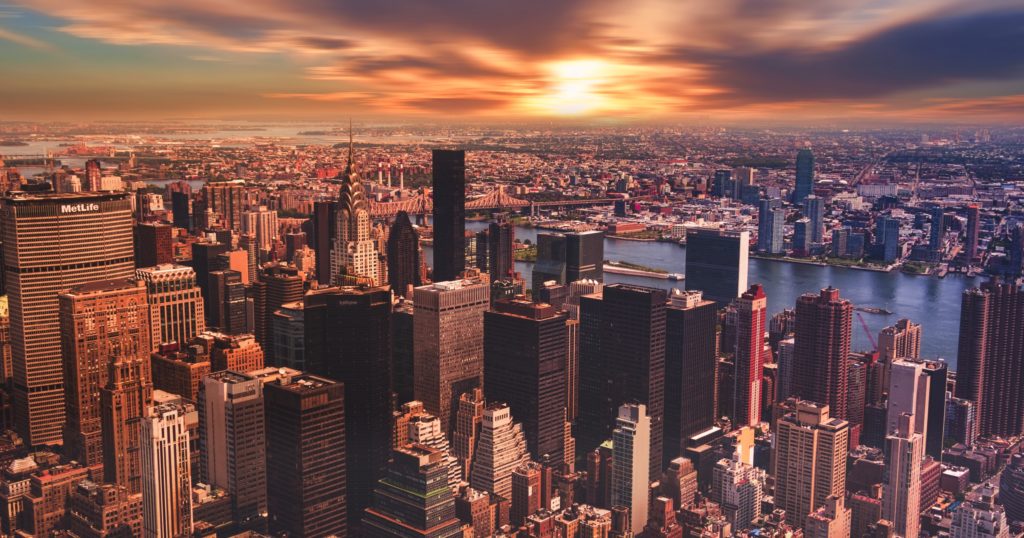 While I would never suggest this movement should stop, I want to strongly emphasize that the discipleship method, by itself, is not enough.

In an effort to promote small group ministry and one-on-one discipleship relationships, many people have come out as critics to “large group style ministry.” In an effort to encourage the one, they have overly critiqued, and in many cases, altogether done away with the other. This is an incredibly huge mistake. Without large-group ministry, the discipleship method will never bear the long-term fruit it promises.

I’ve been in ministry for fifteen years, implementing a large group style ministry program with very intentional small group and one-on-one discipleship efforts integrated into the model. In fifteen years, I have seen incredible fruit, absolutely incredible fruit. Hundreds and hundreds of youth who have been impacted by my ministry have entered into adulthood and are living as active and conscious believers. They have been married in the Church, and they are living according to God’s vision for the laity.

But even more, hundreds of those who have been impacted by my ministry are living lives of active ministry, either through the priesthood, religious life, or lay ministry. Sixty-five percent of the seminarians in our diocese have come out of my parish or lay apostolate ministry efforts. These missionary disciples are engaged in every strata of ministry service, including the work of evangelization, Catholic education, social care for the poor, healing ministry, pro-life work. You name it, we have alumni engaged in it in some way, shape, or form. They are orthodox, well-formed, and have a missionary spirit.

The discipleship method is often referred to as “Jesus’ style of ministry” because Jesus chose twelve followers and invested deeply in them, shared life with them, and then, sent them on mission to transform the world. According to the discipleship method, we should imitate Jesus in finding small groups of people, investing deeply in them, teaching them how to live like Jesus lived, and then, send them off as disciple-making disciples.

Yes, this was Jesus’ style of ministry, BUT this wasn’t all that Jesus did. In fact, how did Jesus form his twelve disciples into apostles? Jesus didn’t host weekly small group gatherings at Peter’s mom’s house! No, Jesus formed missionary disciples through having them step into leadership roles in his large group ministry!

The Gospels are very clear. Jesus did not just spend his three years in public ministry only ministering to twelve people. Jesus was, in fact, an itinerate preacher, traveling from city to city ministering to “the multitude.” The multitude! Over and over and over again, the Gospels reference this multitude in different cities. Far more than just twelve men followed him from city to city, and far more gathered around him as he preached and healed.

There are clear references to the five thousand men (not counting the women and children) gathered with him. The Gospels also mention the three thousand gathered around him. There are references to the five hundred gathered around him. The Sermon on the Mount was a ministry event that gathered thousands. Very clearly, Jesus constantly—no matter where he was and what he was doing—had a multitude with him.

It is also very clear that he was forming missionary disciples out of this multitude. He doesn’t just commission the twelve, but in Luke 10, Jesus commissions the seventy-two! There are seventy-two very close disciples that Jesus was willing to send out to “Heal the sick ,”who are there and tell them, ‘The kingdom of God is at hand.’” Jesus didn’t spend his ministry career just forming twelve missionary disciples! Jesus formed healers and preachers, and he sends them forth. He formed evangelists!

In the three years Jesus had with these twelve men, I believe he was placing them in critical positions of leadership while he was ministering to the multitude! After all, they were his closest friends. Clearly, he was teaching them healing and deliverance ministry or else he wouldn’t commission them to go and heal the sick and cast out demons. Jesus formed intentional apostles! He formed intentional leaders!

While Jesus was ministering to the multitude, “They ran throughout that whole region and carried the sick on mats to wherever they heard he was.

And wherever he went—into villages, towns or countryside—they placed the sick in the marketplaces. They begged him to let them touch even the edge of his cloak, and all who touched it were healed.” (Mark 6:55-56)

And because of this, when Jesus commissions the disciples:

“They went out and preached that people should repent. They drove out many demons and anointed many sick people with oil and healed them” (Mark 6:12-13).

Why Limit Ourselves to Coffee Shops?

What if Jesus didn’t have twelve uneducated and under-qualified apostles following him stupidly for three years, like we often suggest? We often suggest these men were unfaithful fools until the Holy Spirit came upon them at Pentecost. But in Jesus’ three years of public ministry, it seems to me that Jesus used large group ministry to the multitude in order to teach the apostles how to draw from and minister to the multitude! What if Jesus taught them how to preach and teach to the masses? What if Jesus taught them the leadership and communication skills necessary to form the Church and transform peoples’ lives, and then, when the Holy Spirit came upon them, they were emboldened to do in the supernatural what they were already trained to do in the natural?

Instead, three thousand people gather, and Peter preaches the gospel to them and they are cut to the heart and ask what they must do. Peter tells them to “repent and be baptized,” and what do you think follows that? I bet all the apostles who had just received the outpouring of the Holy Spirit prayed over those present for a release of the Holy Spirit that they too might be baptized in the Holy Spirit. Large group ministry. The multitude.

St. Paul clearly takes men like Timothy and Titus under his wing and disciples them, but he doesn’t hang out in Chipotle with them reading through the Psalms. Instead, he brings them with him while he ministers to entire nations and through this, they are formed into missionary disciples —apostles who are capable of leading a movement and transforming cities!

I propose a new term, and perhaps, a new way of doing ministry, I call it the Apostleship Method. I believe that we need to not only form intentional disciples, but we need to form intentional apostles. We need to be forming missionary disciples who are empowered and equipped to minister to others, and I believe the simplest way we accomplish this is by forming leadership teams within a discipleship context that help execute the large group ministry.

If you want to draw one hundred people to an event, form a leadership team of ten people, each commissioned to bring ten people to the event. Then, while ministering to the multitude, teach those ten how to create an environment of encounter with Jesus. Teach them how to engage with others and how to pray with others and how to disciple others. Pass your gifts onto them. Make them leaders, not followers.

My biggest concern with the discipleship method is that it is aimed at finding followers and not forming leaders. We need a new method of ministry that orients us toward leadership development to reach the masses. An apostle is one whom God sends. He or she has the ability to raise up preachers and teachers, evangelists and pastors. An apostle forms other apostles into leaders, and then, in turn, knows how to form leaders.

Leadership. This is what the Church is craving right now. We need leaders.

Photo by Quintin Gellar from Pexels

Small Groups: An Ancient Idea for a Digital Age

With over fifteen years of ministry leadership experience, Dan DeMatte has brought the gospel internationally to thousands. Dan is the co-founder and executive director of Damascus, the home of Catholic Youth Summer Camp. Damascus serves over ten thousand youth each year through campers and retreats and raises up 160 young adult missionaries annually. He is the author of Catholic best-seller, Holiness Revolution, and the host of EWTN’s program called Encounter. While in college, Dan starred on A&E’s reality TV series, God or the Girl. He has a master’s in theology from the Pontifical College Josephinum. Dan and his wife Amber reside in Ohio with their four children. For more information, go to www.DamascusCampus.com and www.CYSC.com.

Getting Closer to Jesus
Why Sts. Peter and Paul's Day Is a Solemnity
The Mission to Evangelize the World Has Just Begun
Has Ascension's free media strengthened your faith?
You can now offer ongoing support for this content with a recurring gift.
Support Ascension