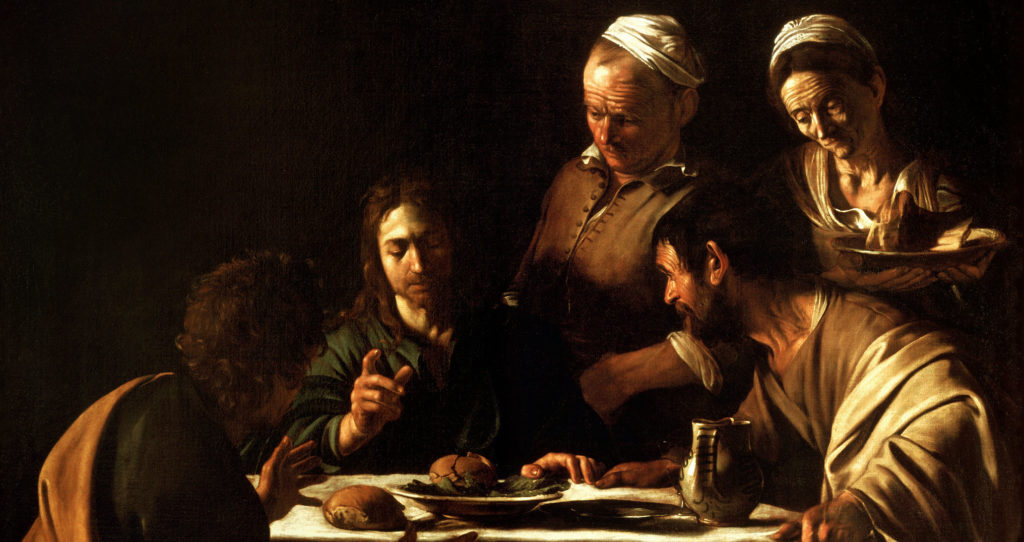 I’ve often wondered if St. Paul would have been happier just opening a Bed-n-Breakfast outside of Jerusalem. Picture it, Paul could have just received visitors into the warmth and safety of his own comfortable home, encouraging wayward souls and sharing his experiences of Christ and his unyielding love … but he didn’t.

I mean, it would have yielded fruit, to be sure, for every pilgrim who visited Paul’s Damascus Dream Resort & Spa. It would have grown the Church … far slower, but still. It would have been a safe, tidy, noble and, possibly even, profitable venture for an out-of-work rabbi looking to make ends meet.

Why didn’t Paul opt for the safer and easier way? Probably because safe and easy just aren’t the gospel. Had he done so, one wonders if we’d refer to him as “Saint” Paul at all! Would we still celebrate him on two separate feast days? Would his legacy still be commemorated at St. Paul Outside the Walls, Rome’s basilica that bears far more than his name, but also his passion-filled legacy?

What If Peter Just Kept Fishing for Fish?

And what of St. Peter? Do you ever wonder if our first Pontiff ever just thought, “I’d rather (still) be fishing” during one of his stints in prison or while presiding over any early councils or summits? What propelled him forward to make political waves in Rome when he may have wanted, quite simply, just to return to the waves of Galilee? Why would he put up with the headaches and the stress and the danger day in day out? Why didn’t St. Peter just hand back “the keys” a few years after Pentecost?

Simply put, what was Sts. Peter’s and Paul’s secret, anyway?

Did he just have greater humility? Possibly. Many of us can only aspire to the type of humility shown by these great evangelists (see 1 Peter 5:6, 1 Corinthians 15:9). That being said, these two theological giants didn’t necessarily “start out” all that humble. Both Simon and Saul (Peter and Paul) were, like us, works in progress.

Were Sts. Peter and Paul just fearless? While they did find a way to survive multiple incarcerations (see Acts 5, 12 and 16) and brushes with death preceding their own martyrdoms (see 2 Corinthians 11:23-29), their “luck” was actually God’s grace and it’s not that they were fearless. They just refused to let fear direct their mission.

We Have the Same Graces as Peter & Paul!

Peter and Paul weren’t lacking in eucharistic grace, nor humility, nor courage… and neither are we. But, this still doesn’t fully answer what kept them moving forward when others quit. What kept them proclaiming the truth of Christ and the greatness of God even in the face of personal suffering and persecution?

I think their “secret” was relationship. It was St. Peter’s and St. Paul’s relationship with Jesus Christ – living and active – that left them unable to sit still, unable to keep quiet (Tweet this). It was their daily prayer and intimacy with Jesus that fueled the passion to evangelize the world.

Is that the case with you and I?

We have the God of the universe available upon our altars, residing in our chapels and dwelling in our hearts. Do our neighbors know it? No, not just the Catholic ones… I’m talking about the fallen-away Catholics, the agnostics, the self-proclaimed atheists, and every denomination, religion, and belief system that falls in between. Do those you share your life with know the source of your life, despite persecution?

Yes, St. Francis “preached the gospel and used words when necessary” but few of us – if any – are currently as holy as St. Francis. My point is not that we need to beat people over the head with the gospel, far from it. Many souls need time for their hearts to be opened. That being said, at times, I’ve also used that quote from St. Francis to let myself off the hook because I was fearful to really share the gospel or was afraid of how an interaction or conversation might go. The point is, we need to use words most of the time! Yes, the gospel is shared in silent witness but the Church was built on the vocal witness of His followers.

We are not sharing a “system of beliefs,” a doctrine or a philosophy, we are sharing truth and beauty and mercy. We are not introducing bodies to a Creator, but souls to their Savior. We are a Church made not of bricks, but of sinners seeking salvation.

As Pope Francis reminded us, we are part “of a love story.”

Those souls who “take issue with religion” are often shocked to find out that the very etymology of the word “religion” stems from the word “relationship;” it was by way of our religion that our relationship with God – and one another – found its proper and glorious context.

What is Our Mission?

So I ask you the same question I ask myself: How far am I willing to go for others’ salvation and true joy?

Our Savior, Jesus, the God of the Universe, bid us to be “fishers of men,” not keepers of the aquarium!

If you and I want to live as Christians we better soon embrace this universal, gospel truth: get comfortable with being uncomfortable.

Sharing Christ is the only true gift we can give another. Everything else fades, breaks, dies, or distracts. God alone remains.

Mark Hart has helped transform Catholic youth and young adult Scripture study in parishes, homes, and classrooms with his wildly popular Bible study programs, T3: The Teen Timeline (for teens) and Encounter (for pre-teens), as well as Altaration (a program about the Mass for teens). Mark’s humor and his passion for Scripture are helping hundreds of thousands of Catholics, young and old, begin to read and study the Bible in engaging, fun, and relevant ways. A devoted husband and father of four, Mark is also the main author and presenter in The 99, A New System for Evangelization.