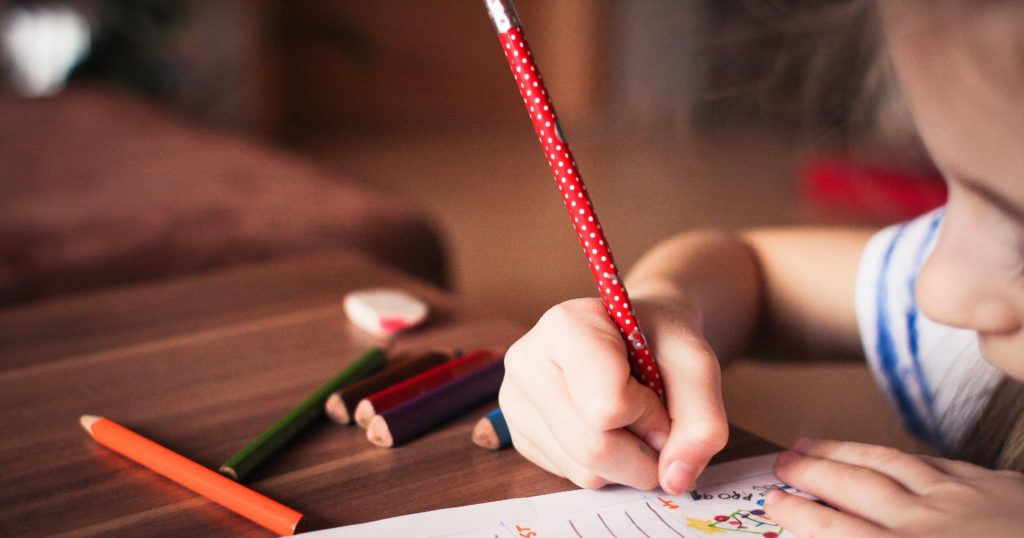 Most opinions about homeschooling come from one’s own experiences with it (or with people who were homeschooled). These can be very positive, extremely negative, or anywhere between. I was homeschooled all the way through the end of high school (except for driver’s ed at our public high school, which my state required to be taken through an approved venue) and I have generally positive associations. If I were a parent or guardian, I would do everything possible to homeschool my children at least through around age twelve.

The Catechism of the Catholic Church teaches about marriage:

“The matrimonial covenant, by which a man and a woman establish between themselves a partnership of the whole of life, is by its nature ordered toward the good of the spouses and the procreation and education of offspring; this covenant between baptized persons has been raised by Christ the Lord to the dignity of a sacrament”

More than once, the Catechism specifically mentions the education of children in the context of teaching about family and parenting.

“Parents are the principal and first educators of their children.”

“The fecundity of conjugal love cannot be reduced solely to the procreation of children, but must extend to their moral education and their spiritual formation. ‘The role of parents in education is of such importance that it is almost impossible to provide an adequate substitute.‘ The right and the duty of parents to educate their children are primordial and inalienable.”

“Family catechesis precedes, accompanies, and enriches other forms of instruction in the faith.”

These teachings don’t preclude Christian parents from delegating aspects of their children’s education to others. The Catechism also teaches that “parents have the right to choose a school for [their children] which corresponds to their own convictions” (CCC 2229).

The Catechism passages on education focus mainly on parents’ responsibilities to educate their children in the Faith. This reason, more than any other, is why many Christian parents choose to homeschool. What we spend the bulk of our time on strongly influences us. This is especially true for young, impressionable children. What are children absorbing about faith during traditional school hours, which take up most of the day?

We can’t expect public schools to uphold our values. We should expect Catholic schools to aid in our children’s faith formation, but even in a school with faithful and caring staff, the traditional school setting will often see children catechized largely by their peer group.

When parents direct their children’s education, they have greater control over the ideas their children interact with. Of course, the goal of homeschooling should not be to indefinitely insulate young people from challenging ideas, but ideally, children should be well-formed in their faith while they are young so they have a foundation on which to eventually stand on their own.

Ultimately, faith is a gift from God and cannot be imposed by any human device. No choices we make regarding education (or anything else) will guarantee our children’s fidelity to Christ. A positive, loving model of faith in the home in their early years can, however, be an aid to help young people hold onto their faith or to return to it later in life, even if they fall away for a time.

Homeschooling offers maximum customizable opportunities to integrate academics with life. Instead of occasional “field trips,” the “school” and the “field” can interface to whatever extent parents think beneficial.

Some of this depends on how much legal freedom to homeschool there is; this varies by state in the U.S., with some states requiring more oversight than others. Where there is minimal oversight, maximum flexibility can be employed to blend book work with practical experience. For examples: Part or all of a day can be spent helping a neighbor move, teaching children valuable lessons about service and the logistics of moving. Rather than fitting grocery shopping trips around “school,” the grocery shopping itself can be education. Part or all of a week (or more!) can be spent on a road trip to areas of historical interest. Even extended time in the car can be valuable — I still remember history lectures, hymns, and snatches of catchy songs about grammar, geography, and biology!

The customizability of education is virtually limitless. Families of all capabilities, learning styles, and budgets can creatively work around their particular strengths and weaknesses to find the pace, depth, and specializations best for them.

Homeschooling means family members will spend a lot more time together than if children attend a traditional school. Good parents will encourage their children to develop healthy self-perception and to treat others well. Children who spend more of their time around such parents will receive more such instruction. This helps protect children during their formative years from destructive peer-group phenomena like bullying and unhealthy comparison/competition.

Toxic peer influence in childhood can drive a wedge between children and parents and lead to substance abuse, sexual activity, and other misbehavior during the teen years as young people seek worthiness from their peer group. Children who end up near the bottom of the social pecking order can experience abuse from their peers that, in the worst cases, may drive them to attempt suicide.

Family members who spend more time together are more likely to develop closer relationships with each other. The Catechism states:

“The relationships within the family bring an affinity of feelings, affections and interests, arising above all from the members’ respect for one another.”

A close Christian family should be the healthiest place for children and therefore the place they should, in their earlier years, spend most of their time. This loving family should also be a place where others can find welcome and encouragement. My brothers and I have had multiple friends of ours say, “I like your mom and dad!” after visiting our home. Now that I am an adult, my parents are some of my closest friends, and I know being homeschooled played a big part in this.

When Homeschooling Is Not a Good Choice

All this being said, there are reasons why homeschooling is not the best choice for every family. Some families are abusive, neglectful, or have other dysfunctions that would limit their children in unhealthy ways. Also, it should go without saying that homeschooling shouldn’t be used as an escape from social accountability. The strength of homeschooling is its opportunity to maximize students’ potential. It should never be a mechanism for limiting students’ growth. When that happens, it is lamentable.

Economic, health, legal, or other logistical concerns may also make homeschooling unfeasible for some families.

Making generalizations about homeschooling is difficult because the decision to homeschool does not guarantee any particular outcome for the student. One of the underlying ideas of homeschooling is the opportunity for the individual student to develop along the lines of his or her own strengths, learning style, and personality. Homeschooling, with its endlessly customizable variations, tends to foster individual differences, which means very few things can be said about homeschoolers as a group. Perhaps it could be said that homeschooling, when oriented to the individual student’s natural strengths, encourages the student to become more like his or her natural self.

So, a homeschooled student who is passionate about space travel, or media ethics, or piano performance, or ornithology, or Church history will commonly be encouraged by parents to pursue that area of study and to form his or her own opinions about it. But parents who homeschool are likely to encourage independent thinking and argumentation in their children not only about topics that interest them, but in general. Being socialized primarily within one’s family makes the student more likely to be open, honest, and sincere in his or her self-expression.

Depending on the student’s personality and surrounding culture, this can sometimes cause relational awkwardness. For example, my tendency to give my straightforward opinion (which I felt encouraged to do at home) wasn’t noticeably socially moderated until I got to college, when I realized that not everyone appreciates strongly expressed viewpoints, and I needed to find more tactful and winsome ways to express myself. I eventually experienced the “rewards” and “punishments” from peer groups who let me know how they received my contributions in this new social game to which I arrived late. It wasn’t always pleasant, but at this point I was an adult with a more firm conception of my own identity and values. I was able to smooth out my “rough edges” without losing myself.

What some people see as dorky and awkward, I tend to see as potential for leadership. I don’t think it’s a coincidence that while I was in college, the majority of us who became student leaders in a Christian student group had been homeschooled. Some of us were more naturally socially charismatic; some of us weren’t as much. But together we helped build a community that encouraged several other students’ faith journeys.

Weathering the twists and turns of being “socialized” will happen eventually. I would argue it’s better to endure it from a position of relative strength as an adult rather than risk being negatively formed in childhood by peers. A childhood largely free of peer-dependancy liberates children to develop themselves under the care of their parents, for whom “it is almost impossible to provide an adequate substitute” (CCC 2221).

Going to a Catholic School: Some Pros and Cons

The Scholastica Option: Women Who Make it Rain

Rachel Stella is a writer, editor and sometimes-journalist near Joliet, Illinois. She studied journalism at Lewis University and has worked in local daily news as well as religion news. Her passions are pursuing holiness and the healing of all divisions in the Church, and she is particularly inspired by the witness of the earliest Christians as guides for us today.