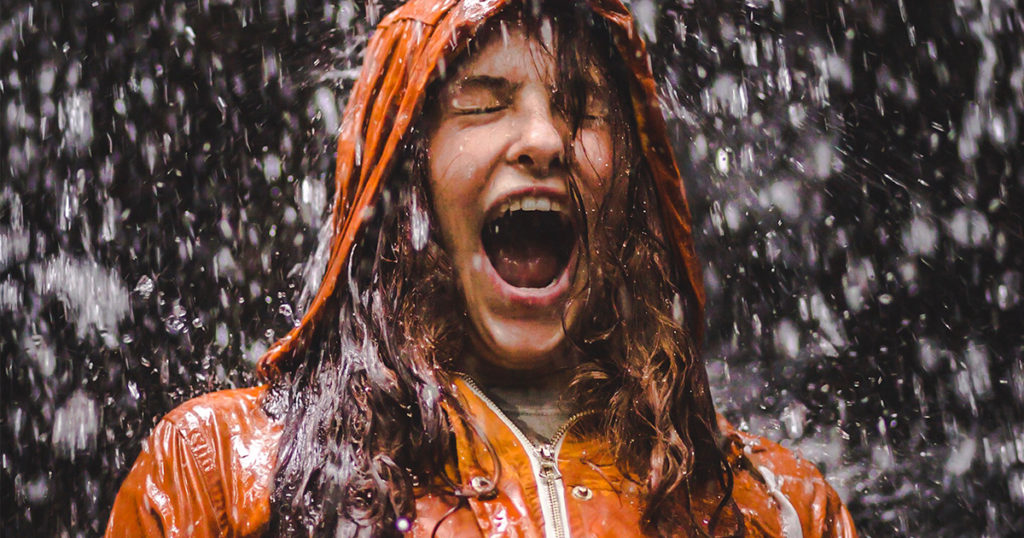 I know that I am late to the party and that there are many articles invoking another saint to balance, “the Benedict Option,” the popular and read-worthy book by Rod Dreher, but what about St. Scholastica?  I think she is a particularly obvious and essential figure missing from the conversation. Out of love, Scholastica, the twin sister of St. Benedict stopped her brother in his tracks and left him humbled, sopping wet, and laughing so hard that he cried. (Total conjecture, but probably, right?)

If we want to talk about a way forward for faithful Catholics in what is becoming an increasingly post-Christian society, let’s talk about Benedict, but let’s not forget his twin sister. Scholastica brought the clear primacy of love to center stage.

To retell the story, during her last visit with her brother, Scholastica desired to spend more time with Benedict. When her brother insisted on returning to the monastery as the rule prescribed, Scholastica prayed for God to intervene since her brother was being so stubborn and rigid. It poured rain and prevented Benedict from leaving. Scholastica’s prayer gave God an opportunity to temper her brother’s rigidity with the primacy of charity. She, like St. Mary the sister of Martha and Lazarus before her, chose the greater portion that she would not be deprived of.

An Example of the Feminine Genius

While we have very few details of her life, that iconic story and the word of St. Gregory the Great tell us about a Scholastica who, “could do more because she loved more.”

Scholastica’s voice, complementing Benedict’s, needs to be equally loud in the conversation. It is often the case when men start monologuing, blathering on and on about the state of the Church, the world and politics and blah blah blah, (like I’m doing now) that an encounter with the feminine genius stops us in our tracks, reorients our gaze and brings us to a moment of needed encounter.

So what do I mean by a Scholastica option? I mean that now, more than ever, the Church needs women like Scholastica. We need women who can reorient the conversation to the core priorities, women who inform their brothers of the greater portion of which we have been depriving ourselves. We need women of prayer who bend the ear of God so as to make it rain. We need women grounded in prayer and who go out into the world and change it through confidence and virtue. We need women of empathy to nudge those who are spinning their wheels in the mud, stuck in stale ideologies, and help them see into the heart of things. We need women to be women.

The Church can and should be the hub of a powerful response to the spirit of our age. I fear that up to now, the movement to empower women in the secular world, and even within the Church, seeks equality at the expense of authentic femininity. It seems that we are seeking to empower women by making them more like men and this is a very old and stale heresy. The Gnostic Gospel of Thomas concludes with this very idea:

“’Let Mary leave us, for she is a woman, and women are not worthy to enter into the kingdom of God.’ And Jesus said, ‘I will make her a male, for any woman who makes herself male will be made worthy of the kingdom.’”

This cringe-worthy thinking seems to be alive and well in the spirit of what purports to be feminism. Liberation via contraception and abortion seeks to make a woman’s body more like a man’s body by attacking the healthy function of a woman’s body. Rather than pursuing freedom through womanhood, feminism unchecked is moving toward a freedom from womanhood. This can only impoverish our culture.

The clamoring to ordain women is imbued with the same spirit. Pope Francis reminds us that we do not liberate women by clericalizing them. That ministerial priesthood is inherently male has nothing to do with profession or position or power, and that it is perceived to be so is perhaps the fruit of clericalism and abuse of power. Male priesthood is, for one, a matter of the service of fatherhood as distinct from the service of motherhood, of masculinity as distinct from femininity. But, Scholastica as abbess is no less important or powerful than Benedict as abbott, and Claire no less important than Francis.  Scholastica, in her equal and complementary femininity, stepped up and made it rain so as to bring Benedict to his senses.

So what do I know? I’m the campus minister and a teacher at St. Scholastica Academy, an all-girls Catholic high school in Covington, Louisiana. Scholastica leaves me humbled, crying and laughing at myself over and over. For more than a decade I have been learning from women, students and colleagues, about what women uniquely offer the Church and the world. One such colleague and collaborator is also my wife. I think anyone who knows Aimee would affirm that she embodies the strength of what St. John Paul II calls the feminine genius.

For one, I doubt that I have ever communicated a good idea that she has not first posited, expressed, or refined—including all of the preceding thoughts in this post. She refines my priorities and challenges me when nobody else does. She also suffers in ways, I admit, that I don’t quite understand. For one, my contributions are often the kind that get pats on the back and rounds of applause. Hers are more often hidden and dismissed, while they are often the more indispensable and harder-earned contributions.

I do not like the paradigm that behind every good man is a good woman. That’s not where she belongs. Aimee, or any other woman, should not be behind, but beside. We are equals and complementary. Catholic culture, in the institutional and domestic Church, is where the authentic empowerment of women should shine.

But, I’m just a man blathering on and on about ideas. It’s your turn, Scholastica. Make it rain.

Make sure you also listen to Colin’s podcast on St. Scholastica.

The Benedict Option: Benefits and Dangers

‘When Harry Became Sally: Responding to the Transgender Moment’ (A Book Review)

The Feminine Genius of St. Scholastica

About Aimee and Colin MacIver

Aimee and Colin MacIver are co-authors of Power and Grace: A Guide to the Catholic Sacraments, TOB Teens Middle School, and The Parent and Sponsor Guides for Chosen: Your Journey Toward Confirmation. Colin is also the author of the Quick Catholic Lessons with Fr. Mike companion. Both are graduates of the Franciscan University of Steubenville and teach at St. Scholastica Academy. They live in Covington, Louisiana with their two children, Leo and Zelie. Colin is host of the TightRope: Reflections for Busy Catholics podcast.

The Benedict Option: Benefits and Dangers
Editors' Choice: Feminine Genius, Matt Fradd, and Keeping the Faith
6 Catholic Orders that Shaped Monasticism
Has Ascension's free media strengthened your faith?
You can now offer ongoing support for this content with a recurring gift.
Support Ascension