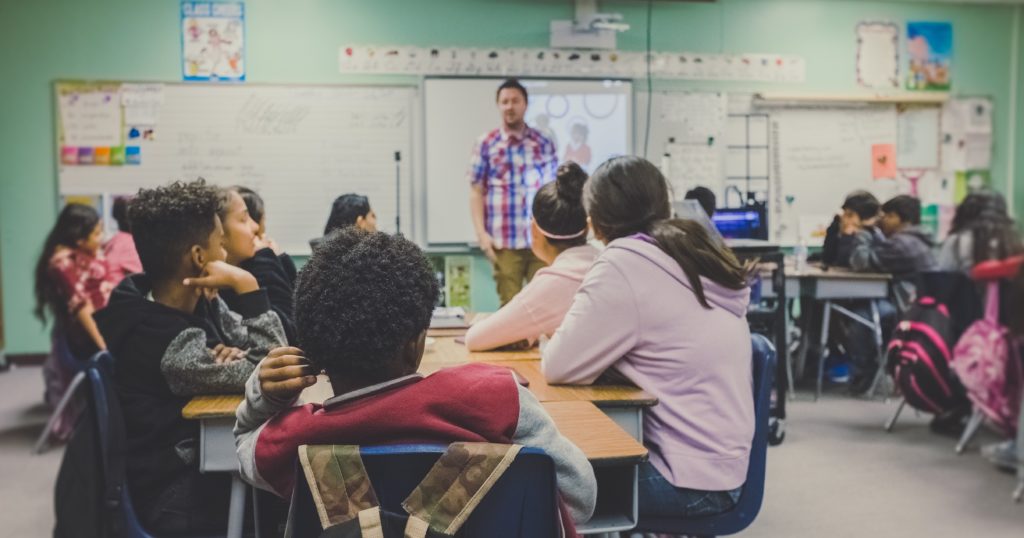 I tried to write a few other versions of this article, but in light of the constant discussions online and on my own campus after the March for Life, other versions were hard to finish. The March for Life, the kids in red hats,  the internet outrage, and the girls on the Catholic high school campus where I work are really what’s on my mind. I think the incident, tragically enough, was the most press that Catholic schools have had in a long time.

The March for Life

Inarguably, the March for Life is among the largest gatherings of US citizens anywhere, and year after year the press is very quiet about it. Maybe they are quiet because each year the March is peaceful and relatively uneventful. The crowds, many of them representing Catholic secondary schools and universities, are massive and passionate, but great organization and routine have historically meant relatively little controversy and very little conflict. For a media addicted to drama, there is nothing to report.

Boom! Just like that: headline news, viral videos, anger, threats, polarization, the whole bit. A school closed. A diocese had to shut their offices. The internet went crazy. Of course the incident was not what it seemed, but the response, sadly, is what it seems. There is a deep divide and a lack of understanding when it comes to what the Covington Catholic teens represented.

Equality of All Before the Law

The image of these teens became a caricature of a one issue version of “pro-life” that fails to represent the movement as a whole and that certainly fails to represent catholicity. On my feed over the past two weeks I keep seeing a meme that reads, “You are pro life until the baby is … ” Then it goes on to list things like “poor”, “gay”, “Mexican”, “trans”, etcetera. It gets under my skin, I’ll admit.

Opposition to abortion, especially among Catholics, is rooted in an understanding of human dignity that leads us to care deeply about all of the above. The Catechism of the Catholic Church states:

The inalienable right to life of every innocent human individual is a constitutive element of a civil society and its legislation:

‘The inalienable rights of the person must be recognized and respected by civil society and the political authority. These human rights depend neither on single individuals nor on parents; nor do they represent a concession made by society and the state; they belong to human nature and are inherent in the person by virtue of the creative act from which the person took his origin. Among such fundamental rights one should mention in this regard every human being’s right to life and physical integrity from the moment of conception until death.’

“The moment a positive law deprives a category of human beings of the protection which civil legislation ought to accord them, the state is denying the equality of all before the law. When the state does not place its power at the service of the rights of each citizen, and in particular of the more vulnerable, the very foundations of a state based on law are undermined. . . . As a consequence of the respect and protection which must be ensured for the unborn child from the moment of conception, the law must provide appropriate penal sanctions for every deliberate violation of the child’s rights.”

What It Means to Be Pro-Life

From womb to tomb we hold the dignity of every human person to be inherent, inalienable, and inviolable. This applies to every ethnicity and socio-economic group. This applies to the poor, the disabled … to everyone. How is that not clear? Well, to many, it’s not.

Opinions are formed by sound bites and memes. Rarely is there any primary source reading or actual education in these matters. We need full time institutions charged with presenting the full Catholic vision.

One such institution is St. Scholastica Academy in Covington, Louisiana. With my wife Aimee at the helm, this all-girls Catholic high school sent forty-seven girls to the March for Life this year on a twenty-four hour bus ride both ways, along with 453 of our closest friends from around the Archdiocese of New Orleans. This was Aimee’s fourteenth time leading our particular school group. For the last few years I have stayed home with kids. (This year I even managed to bake muffins while honing my domestic dad skills, but I digress.)

Our girls went on the trip, some for the second or third time, and experienced the March for Life along with a trip to the Holocaust Museum, time in prayer, Mass, confessions, education, discussion, and the kind of olfactory closeness that only multiple overnights on a bus can provide. The March did not happen in a vacuum and while it was all about being pro-life, it wasn’t all about abortion. When they got back to campus they came back to a Catholic school where they will continue to learn what it means to be pro-life.

Salt and Light for the World

Catholic education—whether at Covington Catholic, St. Scholastica Academy in Covington, Louisiana, or anywhere—isn’t a single bus trip to the March for Life. It isn’t even a year long religion course. It is, from learning your ABC’s all the way to graduation, a chance to soak in the larger vision of reality. As someone who has spent thirty-three years of my life on one side of the desk or another in a Catholic school, I know this first hand.  It was through Catholic schools that I learned about everything from the evils of slavery, to stewardship and care for the environment, to the importance of voting, to the evil of abortion, to geo-political strife.

Catholic education taught me the importance of civil engagement and the distinction between Church teaching and party politics. It taught me not to demonize those that I disagree with, how to have a civilized conversation, and how to connect dots. Catholic schools, and the many selfless educators that make them possible, made such an impression, that both Aimee and I have managed to stick around and try to give back for what is closing in on two decades.  (And we just can’t seem to get enough. It’s a whole other love story.) When it came to choosing a path for our children, Catholic education was a non-negotiable.

Catholic education may sometimes be far from perfect. However, it is still our best chance of presenting and forming young people in a genuinely Catholic vision of reality. A good Catholic school is still a positive influence that can free students from the hallow and angry discourse of our age. Let’s pray and work for the thriving and growth of Catholic education. Let us work and pray for it to be faithfully Catholic and available to all, and for Catholic schools to be salt and light for the world. Let’s move beyond caricatures and into a real conversation about the goodness of life and dignity of all.

Photo by NeONBRAND on Unsplash

Why Remain Catholic in Such Trying Times?

The Ultimate Guide to Running a Catholic Bible Study