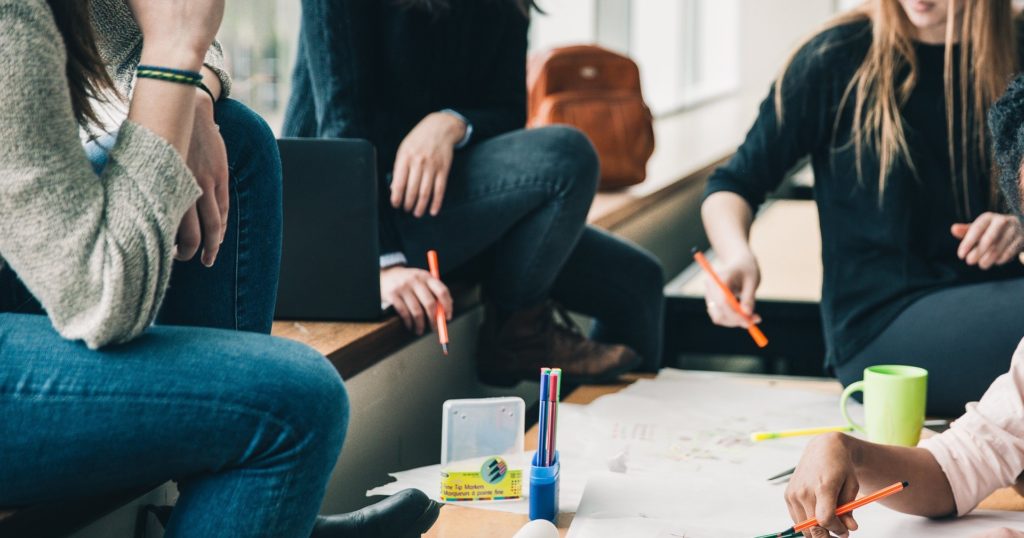 My children are the fourth generation in our family to attend Catholic schools in the Archdiocese of Milwaukee.  I’m a big fan of Catholic education, but when choosing the best school for our children all things must be considered. Based on my own experience and advice I’ve received from other parents, here are some good and some not so good things about giving your children an education through Catholic schools.

1. Your children will be educated in an environment that does not negate what you are teaching them at home.

We are living in troubled times. Issues that used to be clear are blurry and secular society is preaching a version of truth that is decidedly not true from a Catholic perspective. Being a devoted Catholic family, actively pursuing the Faith and passing it along to our children is weirdly considered counter-cultural. [Public schools embrace gender fluid ideology and those who agree with the Catholic Church’s stance on homosexuality are labeled bigots. There is limited respect for the unborn and the aged.] Public schools teach our society’s cultural values. Catholic schools teach Christ’s truth.

This was one of my arguments when I laid down the “my children will attend Catholic school” ultimatum prior to getting married.  I wanted my children to understand that God is not just something we do on Sunday. I wanted them in an environment where faith is interwoven throughout the subjects—including, and most especially, science. In Catholic schools, teachers are free to teach that life begins at conception, and abortion is wrong. Morality and virtue are woven into social studies so children don’t just learn that slavery is bad, but also that—as Catholic Christians—we believe in the inherent value of all people because they are children of God.

While I often heard on Sunday morning “Why do I have to go to church when I just went on Friday?” from my children, it was an argument I was happy to have, because it gave me the opportunity to discuss the Sunday obligation and the importance of prioritizing our Creator. Weekly school Mass, however, is more than just attending Mass. The kids plan the Mass. They practice proclaiming the readings.  They help select the songs. They write the petitions, and they get the experience of worshipping in community with their friends, which leads us to the fourth good thing …

If I ever slept over at a friend’s house on Saturday night, I knew to pack my church clothes because the next morning, we’d be going to Mass. When my Snow Bowl team in high school was about to compete, we prayed to Mary, Queen of Victory. When a friend died in a car accident, her funeral was held at our school. Growing up in Catholic school meant praying with my friends was normal. Now as a parent, I have become friends with other parents trying to raise good Catholic kids and we support each other.

This straddles the pros and the cons. Studies have found a link between invested parents and successful students. Most parents sacrifice to pay tuition and want to get their money’s worth. Private schools also have less financial resources so they rely on parents to help out. It sends a message to students that education is important when parents take time to help out at the school whether it’s in the classroom or school events.

Since Catholic schools are often smaller than their public counterparts, there is often a better student-to-teacher ratio. Teachers can tailor their lessons to their class more effectively and offer more one-on-one support. Also, the smaller class and school size can help foster a more tight-knit community.

The Not So Good

It can go too far.  Sometimes parents believe that since they are paying tuition or they donate generously, their child should receive special attention or maybe a behavior issue should be overlooked. Parents can forget that teachers and principals are professionals. Managing demanding parents takes the principal away from the job of running the school.

According to the National Catholic Education Association, average elementary school tuition is $4,841 per child and high school is $11,239. Add this up over time and multiply it by the number of children you have and it quickly becomes a staggering number. The bad news is that many families cannot afford it without having two working parents which then means daycare costs if there are younger siblings. The good news is that many schools offer assistance. Still, sending your kids to Catholic school usually costs a lot of money and it means you probably won’t have much left over for college.

Blame those limited financial resources again.  A study by Walter F. Przygocki discusses teacher retention and the challenges for Catholic schools. “Teachers in Catholic schools are more likely to leave their positions than teachers in public schools,” he said.  He cites evidence from prior studies that teachers who are paid higher salaries stay in the profession longer. Lower salaries also make attracting high quality teachers harder.

Again, this one is both a pro and a con.  Smaller class size means more individualized attention and your child won’t be just another kid. But sometimes Catholic schools can be too small as in just one classroom per grade, and sometimes only one or two other kids of the same gender as yours. This makes it harder to find friends.

Do what works for your family, but consider Catholic schools.

In the end, it’s important to make the best decision for your family. It’s a personal and often emotional decision but not a permanent one. Kids are resilient. If your choice doesn’t work out, it can be changed. There are awesome and amazing Catholic and public schools out there and terrible ones.  Take it to prayer and do your research. Talk to parents whose kids attend the school you are looking at.

I encourage parents who are deciding on a school for their children to research school quality and student performance in your own school district, as well as the Catholic schools available in your area.

Stay tuned for a pros and cons list of public schools.

Can you think of any other Catholic school pros and cons not on this list? Mention them in the comments below.

Many thanks to the Milwaukee Catholic Mamas Facebook group for their valuable insight.

Confession: A Love Story
Latest Content from Jackie Angel, Fr. Josh Johnson, and More
Adoring the Eucharist Is About Relationship with God
Quick Meditations on Every Mystery of the Rosary
Has Ascension's free media strengthened your faith?
You can now offer ongoing support for this content with a recurring gift.
Support Ascension