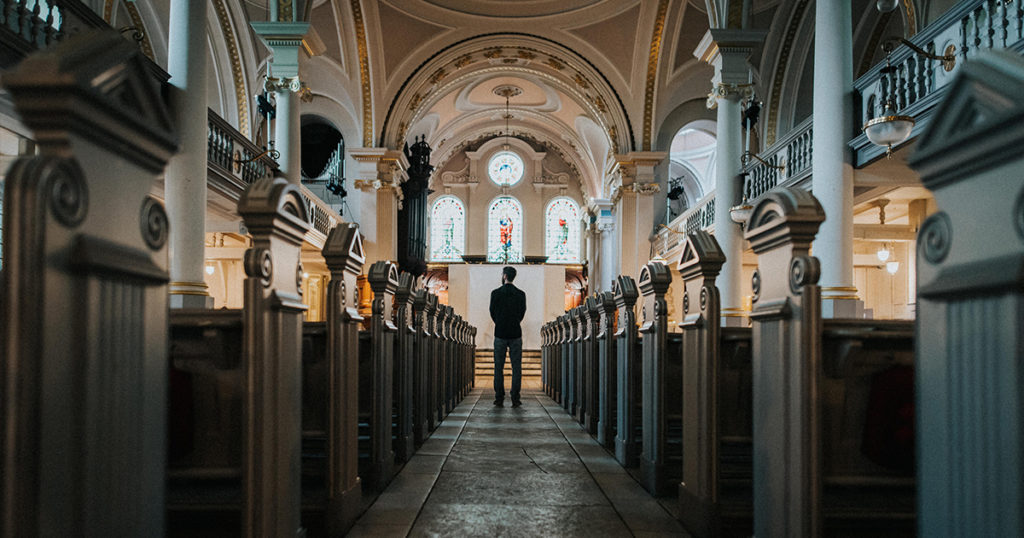 Catholics know that there are seven sacraments, and each of these sacraments convey God’s grace to us, given to us for our sanctification. However, one of these seven is often misunderstood. In fact, it’s so misunderstood that even Pope Francis has lamented that many baptized Catholics see it as the “sacrament of farewell”. As any catechist at any parish would know, I’m talking about confirmation.

Oftentimes, the sacrament is seen as a sort of “graduation” from the Catholic Faith, as if there’s nothing left to learn, nothing left to do, and nothing left to commit oneself to. But of course, this is silly. Infants in danger of death can receive confirmation immediately after they are baptized, not to mention children in the Eastern Catholic Churches who receive all three sacraments of initiation at the same time.

There lies the key. As a sacrament of initiation, confirmation is only the beginning. Unfortunately, Catholics living in a modern, secular world have gotten it completely backwards. Just what does confirmation do, and what are we as Catholic Christians expected to do after we receive this sacrament? Whether or not you received the sacrament years ago, or just a few weeks ago, it’s imperative that we start living out what was entrusted to us at the time the sacrament was conferred upon us.

The Gracious Gift of Christ

As the Catechism of the Catholic Church puts it, the character of Christ this mark imprints upon us “perfects the common priesthood of the faithful, received in Baptism, and ‘the confirmed person receives the power to profess faith in Christ publicly and as it were officially’” (CCC 1305).

That might seem like a pretty tall order at first glance. How could we possibly go out and profess the Catholic Faith in an “official” capacity? Sometimes we tend to not think of ourselves capable of doing such great work for our Lord. Perhaps we think that such a job is better left to our parents, our pastors, or our bishops. But you and I are called every bit as much as our local bishops are to spread and defend the Faith. Bishops and priests have their own specific role to govern and to teach.

We Can Do All Things

We, on the other hand, live in the world and are able to interact with people that our shepherds are not able to. That can be at work, at school, or at family get-togethers. All of these moments are chances to bring Jesus Christ to a world that, at best, only has a foggy memory of him.

This is the duty given to us. This is the request our Lord Jesus makes after our confirmation. He doesn’t want us to just go home after the confirmation Mass, throw a party and get some money in a card. Instead, he calls us to radically reorient our lives towards him. This already happened at our baptism, but with that grace now strengthened, we should have a renewed desire to live up to the Great Commission. St. Cyril of Jerusalem, a Doctor of the Church, describes the refocusing of our lives in this way in his Catechetical Lectures:

“[The sacred chrism of Confirmation] is the gracious gift of Christ, and it is made fit for the imparting of his Godhead by the coming of the Holy Spirit. This ointment is symbolically applied to your forehead and to your other senses; while your body is anointed with the visible ointment, your soul is sanctified by the holy and life-giving Spirit. Just as Christ, after his baptism, and the coming upon him of the Holy Spirit, went forth and defeated the adversary, so also with you after holy baptism and the mystical chrism, having put on the panoply of the Holy Spirit, you are to withstand the power of the adversary and defeat him, saying, ‘I am able to do all things in Christ, who strengthens me.’”

Promises Made at Confirmation

Think back to your own confirmation. Perhaps you remember the bishop shaking your hand or giving you a gentle slap on the face. But the words and prayers he spoke were much more important. During the rite of confirmation, the Church reminds us of our Lord’s words when he commissioned the disciples to go into the world. We are to “Go and make disciples of all the nations”. Jesus did not direct this command toward just the apostles and their successors. This command is for us, the laity, as well. When we were filled with the Holy Spirit we were strengthened, and emboldened, to go forth spreading the Good News of the gospel. The bishop says this prayer over the confirmandi during the rite of the sacrament:

“Confirm, O God, what you have brought about in us, and preserve in the hearts of your faithful the gifts of the Holy Spirit: may they never be ashamed to confess Christ crucified before the world and by devoted charity may they ever fulfill his commands.”

Employing the Grace of the Sacrament

Did you catch that part about confessing Christ? We must never be ashamed to bring him to those in the world. But before we start bringing Christ into the larger world, we need to start here, in our own community with our friends and neighbors. Reflect for a moment now: have we upheld the promises we made at our confirmation? Are we confessing Christ to others and evangelizing by our words and actions? Or have we remained silent and ashamed? We’ve received something precious, and the last thing we should do now is not share it with others. Similar to the Parable of the Talents, we have to ask ourselves if we’ve kept what our Master has given to us, or if we’ve gone out and multiplied that treasure by sharing it with others. As St. Peter reminds us:

“As each has received a gift, employ it for one another, as good stewards of God’s varied grace” (1 Peter 4:10).

Stewards of the Faith

Stewardship is an important part of the Christian life, and it’s something we must engage in following our confirmation. Admittedly, stewardship seems to be a nebulous term at times. Some limit it to being friendly to the environment, or to only caring for the materially poor. But as Catholic Christians, it means so much more than that. Our bishops here in the United States put it pretty succinctly:

“Stewards of God’s gifts are not passive beneficiaries. We cooperate with God in our own redemption and in the redemption of others…

“All members of the Church have their own roles to play in carrying out its  mission:

Far from the Sacrament of Farewell

Following confirmation, we should be spending more time in prayer, discerning what our own specific role is in carrying out the Church’s mission. Each of our roles will depend on where we currently are in our state of life. As I mentioned above, for some of us it may have been many years since we have received this sacrament. Many received it after eighth grade, or even some time in high school. I’m sure like myself, many will have to admit that these teenage years didn’t see the greatest growth of faith in our lives, as we too often gave into the ways of the world.

But we received a real gift on that day. God poured his grace upon us, doing his part. He simply waits for us to do our part. The only way that we will grow in the spiritual life is if we respond to the grace of God. Blessed Miriam Teresa Demjanovich, a 20th century girl from New Jersey, was very much aware of this, and we would do well to reflect on her words:

“Sanctifying grace, then, is the possession of God. It admits of degrees, or stages, of development. This is necessarily so. In the natural life of the soul, in the activity of my understanding and free will, I can trace from personal experience a steady development. I have to apply my mind to the acquisition of knowledge of any kind…. What holds true in the natural order, holds good in the supernatural. Such is the usual plan God has in mind for each of us, a steady development in the life of grace” (Greater Perfection, 82).

Unleash the Power of Confirmation

Confirmation increases sanctifying grace in our souls. It brings us to another stage of “Christian development”. But if we are not applying our minds, as it were, we see our growth and development stunted. We need to cooperate with that grace so that we may get to that next stage. For some of us, we have grown rapidly in the spiritual life. For others, we have become lax in our duties to our Lord and God, not growing much since we received that sacrament of confirmation, and perhaps it’s because we saw it more as the “sacrament of farewell”.

So what do we now? We respond to that grace that is within us by going to confession if we need to, and resolving to grow in those degrees that Blessed Miriam mentioned. This way, we can work toward doing what we’re called to do: to be good stewards and to represent the Faith in an official way. We’ve got the graces. Now let’s tap into it, calling upon our Lord in this moment, and unleash it.

Embracing Confirmation Prep as a Challenge and an Opportunity