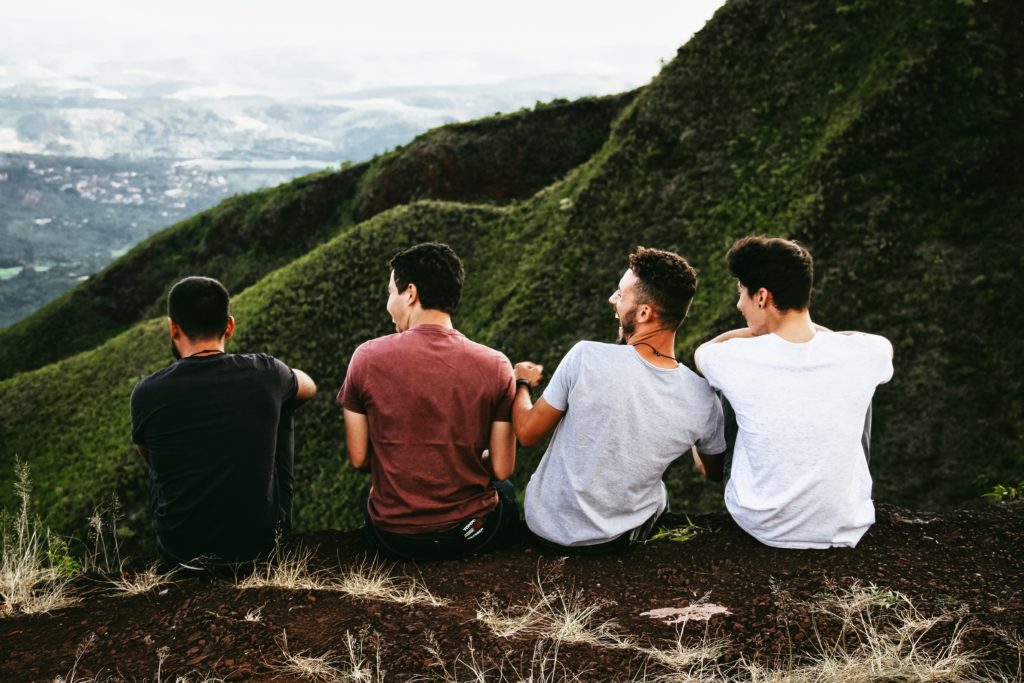 National Catholic Register points to Fathers Robert Spitzer and William Watson as an example of true friendship, and we think C.S. Lewis would agree.

Friendship is given as the second kind of love in C.S. Lewis’ book The Four Loves. This type of relationship occurs when “companions discover that they have in common some insight or interest or even taste which the others do not share and which, till that moment, each believed to be his own unique treasure (or burden).”

He goes on to describe it as two people facing this same quest side-by-side. This is in contrast to romantic love, in which the lovers face each other.

“The common quest or vision which unites friends does not absorb them in such a way that they remain ignorant or oblivious of one another. On the contrary it is the very medium in which their mutual love and knowledge exist. One knows nobody so well as one’s “fellow.” Every step of the common journey tests his metal*; and the tests are tests we fully understand because we are undergoing them ourselves. Hence, as he rings true time after time, our reliance, our respect and our admiration blossom into an appreciative love of a singularly robust and well-informed kind.”

When it comes to the friendship between the two Jesuit priests, NCR cited their common love of God and search for objective truth as endeavors which united them, but they were first brought together through college campus ministry.

“We not only came alive by giving those students those things, our friendship came alive,” Father Spitzer said. “We were on mission together. Our hearts individually and collectively came alive and made the friendship alive.”

Since that time, both priests have sought to spread spiritual, moral, and intellectual conversion, though their approaches are quite different.

Father Spitzer’s intellectual approach to God is seen in Credible Catholic and the Magis Center, both nonprofits which seek to provide reasonable grounds for faith. While Father Watson’s organization, Sacred Story Institute, “is dedicated to revitalizing the classic fifteen-minute Ignatian Examination of Conscience … to help adults, teens and youth encounter Christ, the Divine Physician, who heals us in body, mind and spirit.”

Their different approaches to faith and truth make them all the more appreciative of their friendship. Father Watson was quoted:

“It’s a desire to creatively and in different ways help people access that so they can believe in the Good News.”

This article isn’t the first time Fr. Spitzer has shared his views on friendship. In this clip from Fr. Spitzer’s Universe, Father makes particular note of the reciprocity among friends.

It’s clear that both priests have made this commitment, despite living in different states. Father Watson noted in the article:

“We have the kind of friendship that, within a minute of being together, picks up where it left off.”

“We both know the One who makes everything work,” stated Fr. Watson. This quote exemplifies the true purpose of friends—to grow closer to God.

According to C.S. Lewis, with God at the center of friendship, the beauty of all people is revealed.

“It [friendship] is the instrument by which God reveals to each the beauties of all the others. They are no greater than the beauties of a thousand other men; by friendship God opens our eyes to them. They are, like all beauties, derived from him, and then, in a good friendship, increased by him through the friendship itself, so that it is his instrument for creating as well as for revealing.”

This idealized image may seem impossible to reach. Friends are never perfect, because people are not perfect, but we can always strive toward ever more perfect love, and true friendship—we have living proof!

This article was originally published on the Magis Center Blog. It has been republished here with permission.

*In the original text, C.S. Lewis uses the word “metal” and not “mettle”.

The Advice That Improved Our Marriage

C. S. Lewis on Humility
C. S. Lewis on How to Persevere in Chastity
Must There Be Only One Adam and Eve?
Spiritual Envy—the Worst Kind
Has Ascension's free media strengthened your faith?
You can now offer ongoing support for this content with a recurring gift.
Support Ascension