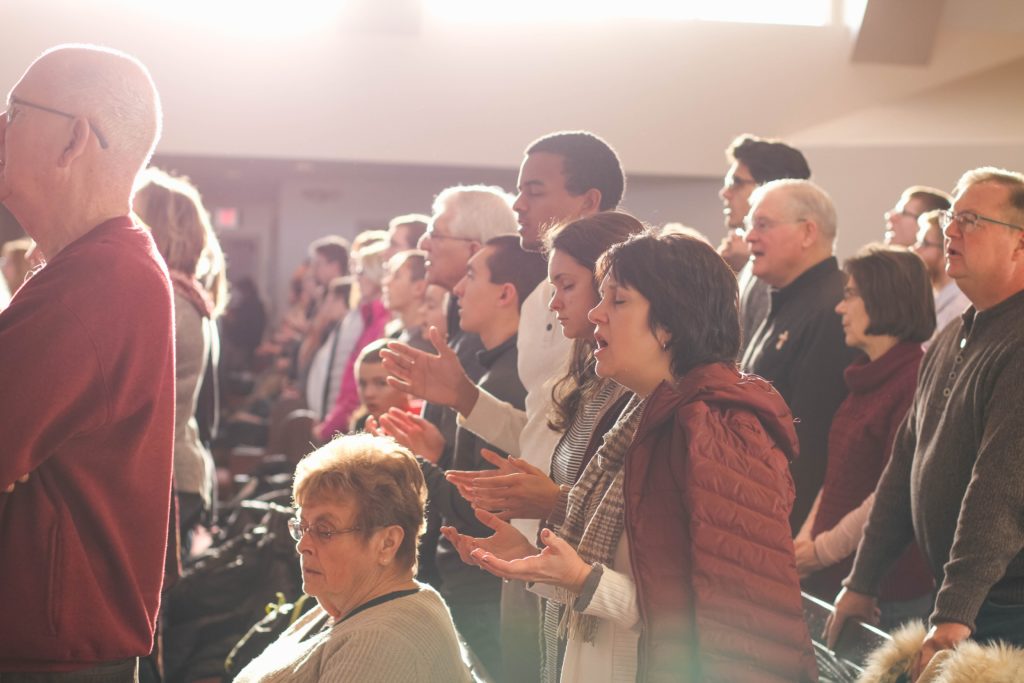 I am a cradle Protestant. The following is a reflection borne of a desire to honestly consider the thoughts that have arisen out of this experience. It is offered not just for the sake of those who possess a like mind but also to those in the Roman Catholic Church who share similar sentiments and are as keen on meaningful dialogue as myself.

The journey that led me toward writing this article has been largely motivated by a love of Christ and appreciation of his Body on earth. These same motivations have also compelled me to find a sort of ecclesial home within Anglicanism. As this journey has progressed and my love and understanding of the church has increased I have become more aware of the conflicts in the Protestant church and the fractures that often result. The thoughts that follow recall some of this journey, the questions that rise from these concerns, and the convictions borne of my search for answers.

As a consequence of growing up in the Protestant church and regularly moving between Canada and England I have the good fortune of experiencing a diverse swathe of churches with their roots in the Reformation. Each of these experiences, from Nigerian Evangelical to Anglican Charismatic, have taught me something wonderful and unique about the nature of God. Yet as my understanding of the church has broadened in scope, I have begun to appreciate the breadth and depth of God in a way that an immediate community is rightly unable to express.

Ironically, this personal process began when God led me to Canada and planted me into an, at the time, independent body called Via Apostolica (the way of the Apostles). I gladly allowed myself to be caught up in their efforts to discover and experience the universal church community. Together we considered and came to appreciate the ancient traditions that have shaped the texture of church belief and practice through the ages. As a result, my understanding of church grew larger, grander, and more magnificent; I was becoming more rooted in the redeemed human community that had received the Divine Word and communicated it within ordinary human lives. I consciously began to root my faith in the fertile soil of the One, Holy, Catholic and Apostolic Church.

As my faith flourished and my love for the universal body increased, so too did my awareness of its ongoing visible expression in Protestant denominations and sweeping ecclesial individualism. This almost disparate gap between Godly intention and human expression has required that I perceive the church with a hope akin to that which Christ shared for his often-all-too-human disciples. This hope has opened up my heart to receive from the abundance of an ancient ecclesial life, while I also remain reluctantly aware that I am an inheritor of a visible community which, while free from sin, is still affected by it. It has cultivated a desire, along with others, to rightly receive and steward my inheritance of a perfect and imperfect church as I experience it today. I cannot and do not want to avoid my responsibility as a participant in both the universal body of Christ and in the earthly broken body of Christ. To do so would be to reject Christ, and to reject his work through and within humanity. It is this attitude that I am endeavoring to carry into my ongoing Protestant experience.

The origin of the name “Protestant” was first used as a political label in the early Reformation. Since then, the term has succeeded in entitling the vast host of churches with their roots in the sixteenth century protests against the beliefs and practices of the Roman Catholic Faith. I am saddened that the consequences of an ecclesial conflict long past continue to pour into the beliefs and practices of the church today. I no longer wish to see the church defined by anything other than the person, work and declarations of Jesus Christ. Instead, I long to see the church defined by catholicity rather than conflict, by peace rather than protest and by a Truth possessed and expressed by the worldwide body of Jesus Christ. I want to participate in the church so as to cultivate peace without continuing to hold up the well worn signs of ecclesial protest.

As I mentioned, this journey of discovery and increasing desire for peace and reconciliation has led me to find a sort of ecclesial home in the Anglican church. It is a communion of many who care about the propagation of the gospel and preparation of God’s bride. It is also a communion of varied theological perspectives and polarised understandings; be it a historical contention on the value of Roman Catholic tradition or contemporary discussions on gender identity. While it has remained broadly united since the Reformation, the various strands of internal polemics have begun to manifest in serious conflict and fractures. Fracturing has, of course, threatened ecclesial life from its beginning, but what may become true of Anglicanism has sadly been a commonly defining characteristic of Protestantism through these last few hundred years.

It is here, as I stand in the midst of conflict and threats of schism that the Roman Catholic tradition has begun to lightly impress itself on my heart and mind. While it is, of course, not without its own conflicts and difficulties, it has, to this day, remained a single visible body since the Reformation, an achievement which rings the mission bell of Christ far louder than the undulating throng of denominations, networks and independent churches of the contemporary Protestant movement. It is a mission bell that I hope I can ring myself along with many others in the household of God.

The Beginning of the End?

This awareness and appreciation of my present ecclesial experience has finally crystallised into a couple of life-defining questions:

How and when will the protest end?

Of course, while I cannot begin to fathom a sufficient answer, I do I know where I can begin. With Jesus Christ.

It was at the beginning of the church age that Christ prayed for his Church to be one (John 17:20-23), and it will be at the end of all things that together we will worship him as one body, a glorious bride. This same Jesus, the Alpha and Omega, is the solution to our present conflict. He is the answer to the most perplexing questions and the eternal firm foundation on which we stand. I know that he is present to each one of us who seeks to faithfully represent and participate in his earthly and eternal body through any uncertainty and conflict. We can all be deeply encouraged by the remembrance of our God who entered into a conflicted world and reconciled it to himself through humiliation and exaltation.

In response to the perplexing words of Jesus that Peter responded by saying:

I think we would all do well to faithfully respond to life’s perplexities in this same way, by turning to Jesus.

An Interview with Jeff Cavins: What Catholics Can Learn from Protestants (and Vice Versa)

Toby was born and raised in York, England. He later moved to Canada to train and work with the church Via Apostolica, and study in an Anglican Seminary in Toronto. He is now back in England and will be continuing his studies in the city of Durham. In addition to his enjoyment of reading and writing, Toby loves a good long hike, going for a bike ride and reinforcing the British stereotype with his regular tea-drinking.