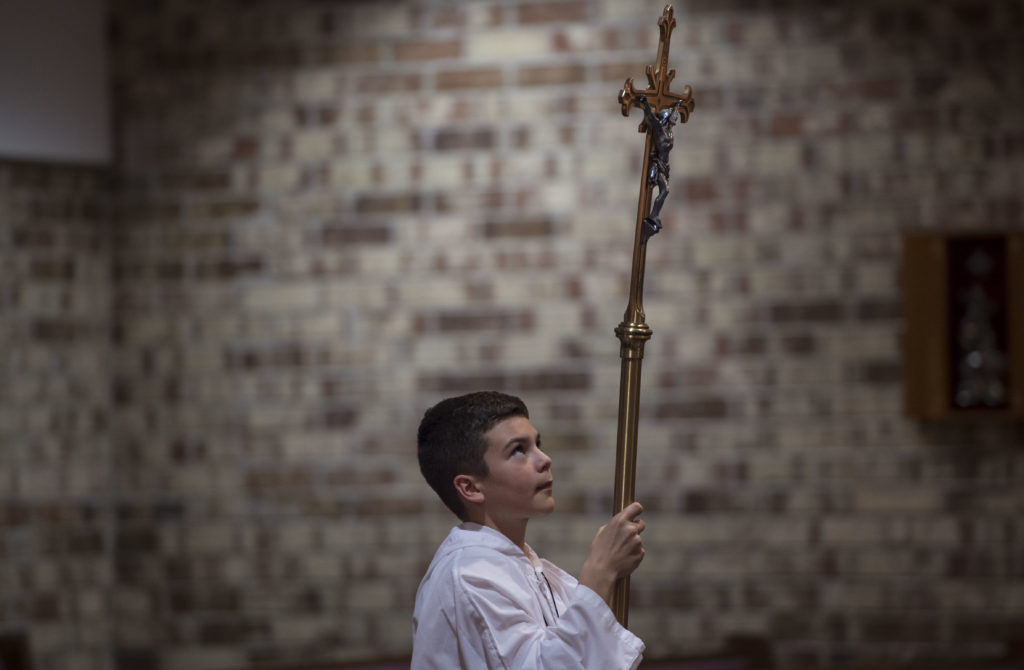 This has been my mantra for the better portion of my life, and it has gotten me into some pretty tight spots and heated debates, some scolding admonishments and some harsh criticisms. The bad has outweighed the good, so why do I continue? Why does anyone, for that matter, bother to communicate in this most cumbersome form when it leaves one so vulnerable in so many ways?

It is for that very reason, actually. It is because writing makes one so vulnerable that it remains, I would argue, the most respectable form of communication. My readers can easily go back and dissect every word, point out precisely where I am wrong, where I digressed. Every error sits there on display on the page for all to see. If we misspeak in conversation, it is often forgiven. If we misspell a word while texting, it is usually pardoned. If we curse on a social media forum, no one bats an eye. In all of these forms of communication, the one who points out a grammar, spelling, or vocabulary error is usually considered a scrupulous curmudgeon. If someone points out the same errors in an article, though, he is called an editor. If we write an article, even on the increasingly informal internet, we are held to a certain standard of perfection.

You can thank the many great classic writers who came before us for this display of uncompromising writing etiquette. Anyone can come up with a good idea and jot it down on paper, but it takes a devoted man or woman of letters to weave it and iron it out so it is an elegant fabric of words that simultaneously delights the mind and rolls off the tongue of those who read it. What I mean to say is, in a world where it’s becoming easier and easier to communicate ideas, it is also ironically becoming harder and harder to understand those ideas when they are communicated. That is because we have spent so much time inventing new ways to communicate and so little time mastering the actual communication part. It’s as if the means of communication today are many rooms in a beautiful mansion, but all of those rooms are in disarray. They’re filled with boxes we need to unpack.

A Call to Evangelize with Words

So let’s start communicating. The stage is set for a renaissance of ideas. I am reminded of how vulnerable Jesus had to become on the Cross to communicate his message of love in a way that was universally understood. I don’t mean to equate any vulnerability we experience as writers with what Jesus experienced on the Cross, but he did set an example in his proclamation of the truth, which led him to Calvary. When Caiaphas asked him if he was the Son of God, he said:

“You have said so. But I tell you, hereafter you will see the Son of man seated at the right hand of Power, and coming on the clouds of heaven” (Matthew 26:64).

When Pontius Pilate asked him if he was a king, he said:

“You say that I am a king. For this I was born, and for this I have come into the world, to bear witness to the truth. Every one who is of the truth hears my voice” (John 18:37).

Engaging the Culture: Helpful or Harmful?

Jesus didn’t compromise or soften the truth to make it more acceptable to his accusers, even though he knew his words would lead him to his death. I often wonder if our desire to engage the culture leads us away from this kind of straightforwardness. Our method of evangelizing today aims to meet people where they are, and this is an admirable approach that complements Pope St. John Paul’s II challenge to engage the culture as a part of the New Evangelization. This approach encourages us to truly understand the person we are evangelizing before we actually share with him or her the gospel message. The idea is to find common ground with the person first.  Then, once that connection is established, the hope is that the gospel message will flow more naturally from us to the other person.

“Missionaries, who come from other churches and countries, must immerse themselves in the cultural milieu of those to whom they are sent, moving beyond their own cultural limitations. Hence they must learn the language of the place in which they work, become familiar with the most important expressions of the local culture, and discover its values through direct experience. Only if they have this kind of awareness will they be able to bring to people the knowledge of the hidden mystery (cf. Rom 16:25-27; Eph 3:5) in a credible and fruitful way. It is not of course a matter of missionaries renouncing their own cultural identity, but of understanding, appreciating, fostering and evangelizing the culture of the environment in which they are working, and therefore of equipping themselves to communicate effectively with it, adopting a manner of living which is a sign of gospel witness and of solidarity with the people” (Redemptoris Missio, 53).

As a general approach to evangelizing a culture, and in a more specific sense as an approach for evangelizing individuals, meeting people where they are is a commendable way to reach people with the gospel.

However, this approach comes with its set of dangers. One danger is that the culture may end up evangelizing us, rather than allowing us to evangelize it. Another danger is that we may end up muffling the message of the gospel and diluting its power. Pope St. John Paul II warns against this in the same encyclical:

“At the same time [inculturation] is a difficult process, for it must in no way compromise the distinctiveness and integrity of the Christian faith” (RM, 52).

The inculturation method of evangelization works well with those who are not familiar with the gospel, but I don’t think it’s as effective in a culture like our own, one that, as Pope St. John Paul II would describe, is among those cultures that:

“have lost a living sense of the faith, or even no longer consider themselves members of the Church, and live a life far removed from Christ and his Gospel” (RM, 33).

The problem with the inculturation approach in today’s culture is that, more often than not, the people we are trying to evangelize have already heard the gospel and have been indoctrinated against it by the media, academia, a friend or family member, or some combination of those. Because of this, we are already a step behind understanding the person when we assume that we simply need to find some clever way to share the gospel with others, a way that they can relate to and appreciate. They’re bound to see this effort to find common ground as nothing more than a game of hide and seek with a toddler. They may play along and pretend they have no idea we are trying to evangelize them, but they know exactly where we stand. When push comes to shove, they will make it abundantly clear that they have no intention of changing their minds. Meanwhile, I’ve found that many well-intending Catholics, myself included, have placed themselves in some questionable situations while using “engaging the culture” and “meeting people where they are” as their excuse.

Is There Another Way?

Considering this unique cultural climate, a devout Catholic finds himself in a difficult situation when he takes his calling to evangelize seriously. After careful evaluation, he may conclude that the only way to reach people in today’s culture is by unabashedly hoisting up the gospel message like a crucifix is raised up before and after Mass, rather than disguising it in a haphazard attempt to find common ground that often turns out to be precarious.

Just as Jesus boldly spoke the truth, the apostles did the same and it led to their deaths. Many saints after them were also martyred for their straightforward proclamation of the gospel, and we have their writings and those of the apostles as proof. We live in a much safer society today, where our religious freedom is not as threatened—but, with the far reach of the internet and social media, we are faced with a different, albeit less threatening, kind of danger. If we proclaim the gospel unabashedly on the internet, our name and reputation may become the martyrs. We run the risk of being verbally attacked, scolded, criticized, and calumniated on all our online accounts and in person. Libel and defamation become an everyday reality for us. So, if we are shying away from sharing our faith online, we may use the excuse that we are simply muffling the message in order to reach people in a more subtle, tasteful, and effective way—but it may be wise to ask ourselves, are we toning down the message to evangelize more effectively, or are we doing it simply to protect our name and reputation?

Back to the Basics

Just write. I decided to write this article because I noticed how foolish my reasons for not writing more often have been: What if people don’t like my ideas? What if someone decides to tear them apart and point out all the places where I’m wrong or where they legitimately disagree? Who am I to claim that I have anything noteworthy to say?

Just write. That is the mantra that has led me to where I am today, and for all of the trouble it has brought me, I am still here. All of those “what ifs” I mentioned—they all have already happened to me, and in the end they weren’t that bad. So despite it all, I still have the audacity to encourage you to do the same: Just write.

And just evangelize. The two may be separate in your mind, but for me the opportunity to write is also the opportunity to spread the amazing news of Jesus Christ as our Lord and savior. So if you are like me, share your love of Christ and do not worry how those around you will take it. We live in a time when the ambiguity, duplicity, and relativism inherent in the messages we hear—online and elsewhere—have made people’s desire for a clear, straightforward, unabashed proclamation of the true gospel message stronger than ever. So all those “what ifs” really don’t matter much. The questions that matter are these:

P.S. – This article is not just a static set of thoughts. I actually have a precise proposal to make. If you want to share your love of Christ and the Catholic Faith through your writing, stay tuned because we may have a golden opportunity for you.

David Kilby is the editor of the Ascension Blog. He received his undergrad degree in humanities and Catholic culture from Franciscan University of Steubenville. David has served as a journalist for Princeton Packet Publication, and the Trenton Monitor. With the latter he also has a monthly column called Rambling Spirit.