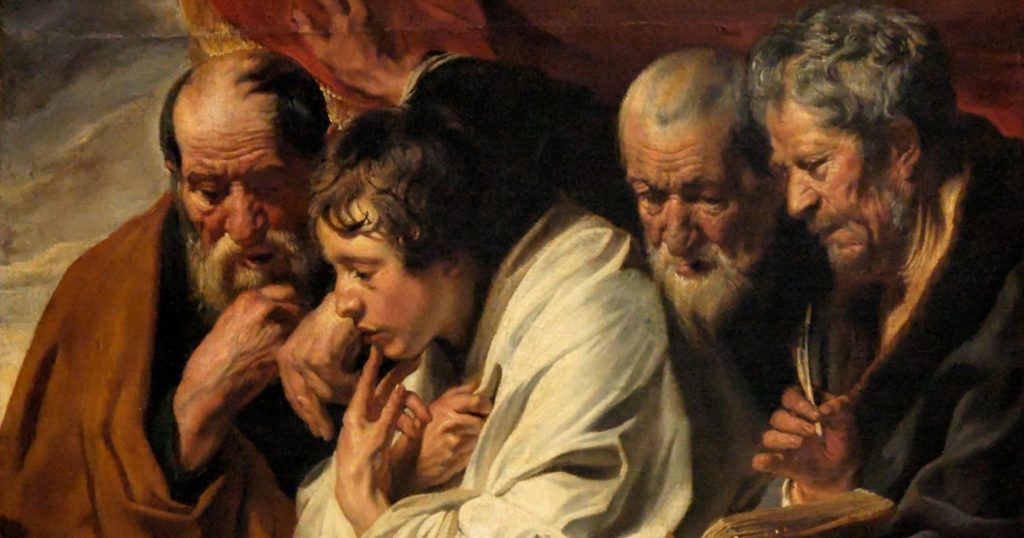 Well, it’s Holy Week once again which means there will most likely be a new special setting out to “debunk” the Resurrection with inane historical mistruths and half-truths designed to cause the viewer to doubt the greatest story ever told.

Producers will even attempt to use God’s own Word against him, pointing to apparent “discrepancies” and inconsistencies within the Sacred Scriptures. You might hear the question posted, “Why are the Gospel accounts of Easter Sunday morning and the Resurrection so different?” For instance:

Which one is correct? Well, all of them are correct and truthful … in one way or another. The differences in the accounts are not questions of “if” but of “how” or “which.” If we view the story as a philosopher might, then we’d say, “there are contradictions, so it ALL must be false.” When studying this from a historical or theological perspective, however, we notice that all of the main points are the same, and that the discrepancies are in the smaller, “secondary” details. The facts don’t change:

The smaller details “not matching up” should not make us worried that the story is untrue. Ironically, those minor differences should make us even more confident that the Resurrection is fact, not fiction! You see, if all four accounts were the exact same, we’d be asking ourselves, “How do we know that four people believed this and recorded it at different times, and it wasn’t just one person who wrote it and was then plagiarized three times?”

The Holy Spirit inspired the Gospel writers in different ways (details) and with different routes (perspectives) to the same proverbial truth. Say there’s a three-car collision in the middle of an intersection. The police arrive on the scene and begin taking statements from four witnesses. All of the witnesses saw the same accident, but their reports to the officers on the minor details may vary. Why? Well, there could be a lot of factors as to why the four communicate the “same facts” in such different ways:

Now, did the accident happen? Yes. Are the results of the accident the same? Yes. Are there the same results even if the reports differ? Yes. No matter what report you read, will the drivers, damage, or location change? No. Will others (who weren’t witnesses) still form their own judgment? Yes. There are more Resurrection appearances in the Gospels, as well. There are still others that are not mentioned or recorded (this fact is implied in the words of St. Luke in Acts 1:3).

Different gospel accounts don’t mean that the facts are fiction, they simply mean there is more than one way to tell the same story. Again, if each of the four were exactly the same, then we should worry. Let’s, instead, focus on the fact that Christ rose from the dead and rejoice that he did!

Hanging Out with God in Scripture

Scripture & Tradition: The Story & The Life

Mark Hart has helped transform Catholic youth and young adult Scripture study in parishes, homes, and classrooms with his wildly popular Bible study programs, T3: The Teen Timeline (for teens) and Encounter (for pre-teens), as well as Altaration (a program about the Mass for teens). Mark’s humor and his passion for Scripture are helping hundreds of thousands of Catholics, young and old, begin to read and study the Bible in engaging, fun, and relevant ways. A devoted husband and father of four, Mark is also the main author and presenter in The 99, A New System for Evangelization.