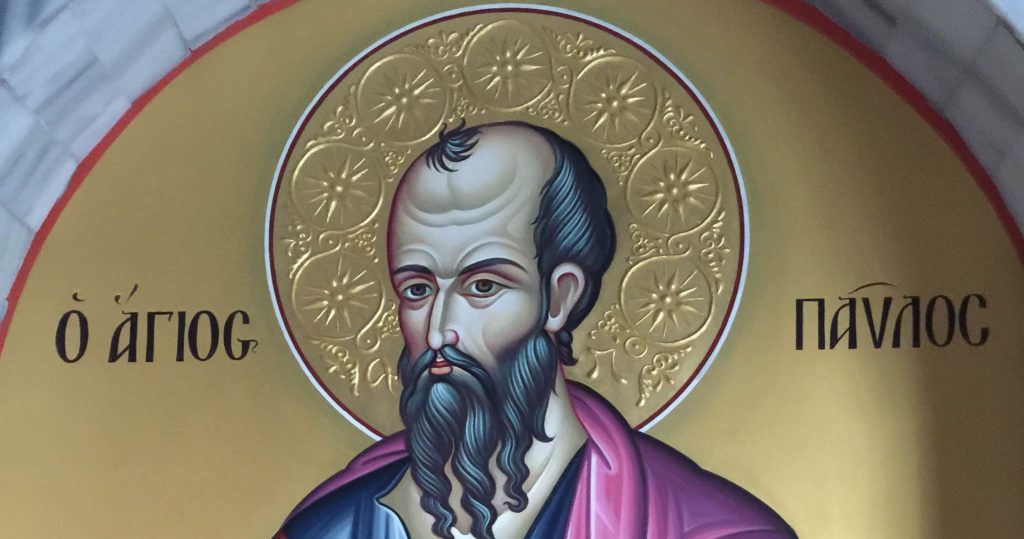 I think Ephesians is my favorite letter of St. Paul. It is incredibly profound, while at the same time, incredibly accessible.

It was widely circulated throughout the early Church because it was such a powerful catechesis on the nature of Christ and the Church (something we looked at last time). Ephesians begins, “Paul, an apostle of Christ Jesus by the will of God, to the saints who are faithful in Christ Jesus … ”

In the earliest manuscripts we possess, the opening actually said “to those who are at Ephesus and faithful in Christ Jesus.” But since what St. Paul said to that single community was so perennial and practical, it’s narrow audience soon expanded to include many communities throughout the Roman Empire.

Immediately after the standard greeting, St. Paul bursts into a heartfelt praise of God called barakah (a Jewish blessing):

“Blessed be the God and Father of our Lord Jesus Christ, who has blessed us in Christ with every spiritual blessing in the heavenly places, even as he chose us in him before the foundation of the world, that we should be holy and blameless before him.

He destined us in love to be his sons through Jesus Christ, according to the purpose of his will, to the praise of his glorious grace which he freely bestowed on us in the Beloved.

In him we have redemption through his blood, the forgiveness of our trespasses, according to the riches of his grace which he lavished upon us.

For he has made known to us in all wisdom and insight the mystery of his will, according to his purpose which he set forth in Christ

as a plan for the fulness of time, to unite all things in him, things in heaven and things on earth.

In him, according to the purpose of him who accomplishes all things according to the counsel of his will, we who first hoped in Christ have been destined and appointed to live for the praise of his glory.

In him you also, who have heard the word of truth, the gospel of your salvation, and have believed in him, were sealed with the promised Holy Spirit,

which is the guarantee of our inheritance until we acquire possession of it, to the praise of his glory.”

I never tired of reading that opening. You can feel St. Paul’s passion and joy at all that God has done in Christ Jesus for us! His simple blessing becomes an elaborate Pauline hymn of prolonged praise. In fact, verses 3-14 is actually one continuous, uninterrupted sentence in the Greek. It’s the longest ever found in Greek literature: thirty-five prepositions link the themes, punctuated with thirty-three pronouns that put Christ at the center of his worshipful hymn (matching his traditional age). It’s not a mindless stream of consciousness but rather a carefully designed overture or spiritual table of contents to the whole letter to the Ephesians. The rest of this epistle is St. Paul exploring the “themes he streams” in this opening salvo.

I’m not alone when I call it a Pauline hymn. Many scholars who have studied the structure, the assonance, the parallelism in verses 3-14, believe it was a hymn or liturgical prayer used in the early Mass of Christians. That’s another primary reason why this letter was circulated throughout the first-century communities. Take some time today to read this hymn aloud, feel yourself inhabiting the praise. What resonates most with your heart? See if you can discover and outline its Trinitarian form. In that sense, it’s very much like our Gloria in the Mass. What has each of the members of the Trinity given us as free gifts of their grace? Finally, consider committing these verses to memory. They are a wonderful review of all our many blessings, when we may become indifferent or discouraged in life.