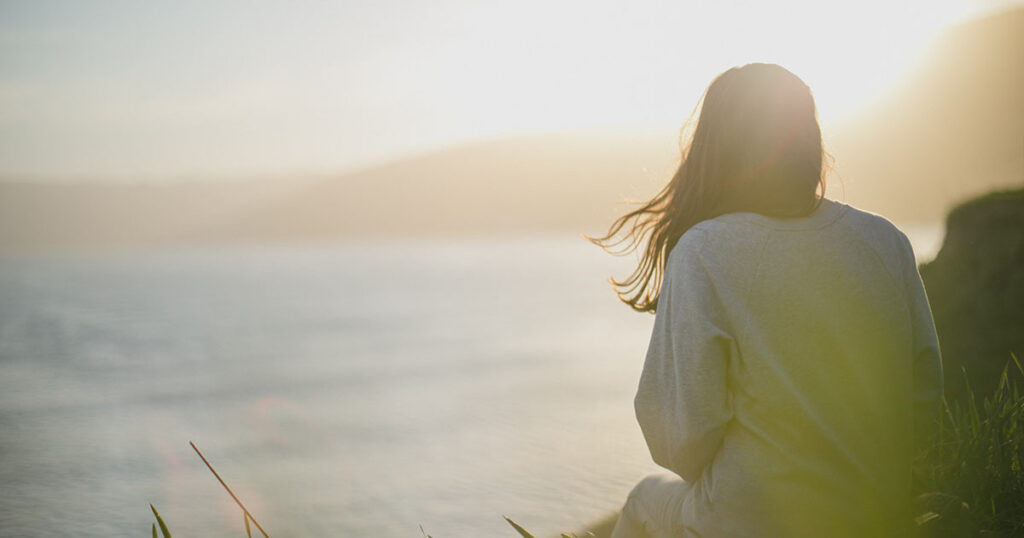 Recently, there was an eye-opening documentary released entitled “What is a Woman” which explored the differing meanings of woman in our secular culture today. Though it was not intended to enter into the richness of womanhood through a Catholic lens, I think that the movie itself can act as a springboard for further conversation about that.

I hope that this article may assist. And I share this with an ever-increasing degree of gratitude for the women who are truly pursuing the heart of Jesus Christ.

What is a Woman?

1. A woman is a person who is most dearly beloved by God the Father. She is God’s beloved daughter, and she is Christ’s beloved sister. She is, to her future spouse, a part of his vocational fulfillment, and he is of hers, through mutual surrender to the love of Jesus Christ. This love manifests most profoundly when entered into with the intentions of striving to grow in the fullness of virtue and holiness (as it is understood by the Church). For the woman, this will bring her heart (knowingly or not) to conform to the heart of our Blessed Mother Mary (and for the Man, Joseph), whether she is striving to fulfill her vocation through holy, chaste marriage with a male or via marriage to the Church. She knows that her value and worth is not dependent on marriage but rather the mere fact that she has been created by God the Father in heaven.

2. A woman who is striving to grow in the fullness of virtue and holiness has the capacity to bring out the provider and protector in a man who desires to follow the will of God. Regardless of how successful she is at “behaving perfectly,” she will radiate a palpable, otherworldly glow (even amidst times of suffering) that will be recognizable by others who are also striving to grow in the fullness of virtue and holiness. She will naturally begin to mentor other women and exhibit an embracing of her burgeoning spiritual motherliness. She will come to recognize that striving to grow in spiritual motherliness will help her become a better earthly mother, but also that if she strives to first and foremost pursue earthly motherhood, it will not necessarily make her a better spiritual mother. Her impact on rightly-ordered men (men who are striving to grow first and foremost in spiritual fatherliness) will only increase. They will increasingly desire to love her as their sister in Christ. Through this, some of those who are available for potential holy spousalship may come to boldly initiate with her, recognizing her joy in motherliness. In radiating this joy, she will signal to potential suitors that she will not be resentful towards her spouse or children for “taking her away” from worldly attachments – for she will have properly ordered them below holy attachments to family before becoming open to relationship. This woman truly and actively prepares for the higher-ordered good, which is the good of souls, which includes an approach that is focused first and foremost on the eternal destination of heaven, and she brings this vantage point into her interactions with her spouse and children.

3. A woman striving to grow in the fullness of virtue and holiness will elicit the response from some of the rightly-ordered men to strive to slay every dragon that remains between them and her. She will inspire a Godly response in every way, even through her imperfections, on account of her dutiful and joyful submission to Jesus Christ. A man who is interested but who is not willing to slay dragons for her is not a reflection of the failure of the woman. Rather, it is a reflection of a man who understands that he is not in a position to enter even though he desires, or, it could be a reflection of a man who has simply “failed to launch.” Nonetheless, through practiced submission to the will of God, she will come to know that not just any dragon-slayer will win her heart. Rather, she will know that the dragon slayer to win her heart will be the one who also strives to live (and excel) in the submission to Christ. Through her recognition of a man’s submission to Christ, her potential entry into the mission of that man is not made with anxiety or uncertainty. Rather, it is made with interior joy and peace. She will recognize her entry into his mission as not having to do with power and or control being exerted over her, but rather that it has to do with unified submission to our Lord Jesus Christ who is the endless font of perfect love within their relationship (and which hopefully flows outwards to others). She also recognizes that submission to God is a submission to God’s order, which brings a couple into alignment with the spiritual order of things within a family dynamic.

In Reveal the Gift: Living the Feminine Genius, Lisa uncovers a transformational vision of a woman’s purpose, meaning, and gifts, which might not be exactly what you expect.

4. A woman striving to grow in these ways will become fearless in the face of the toils of this realm. She will more and more properly understand suffering through the lens of our Catholic faith in that suffering, though not a gift given to us, can be used as a gift for the whole of humanity if we surrender it to the Lord in the form of a penitential offering.  She will strive to transform her own sufferings towards the glory of God and will surrender her yoke to Christ. While doing so, her burdens will lift and she will experience a greater joy with every moment that passes – again, even amidst suffering. Through her choice to abide in Christ and continually radiate the peace and joy experienced through Him, she may be an agent to change the world in ways of untold impact for years reaching far beyond her earthly lifespan.

5. A woman who desires to serve the Lord in this way will touch the souls of all people she encounters, whether they recognize it or not. For the impacted men of the single state, it will embolden them to strive to bring the sword to their attachments to this world. This includes attachments to poisonous imagery which distorts man’s perception of beauty and which contributes to the vice of perfectionism in which no true woman could ever measure up. Rather, these holy women will look like the true daughters of God that they are, as God created them. However, men who are too deeply attached to poisonous imagery (often built upon fixation on parts of the woman as opposed to the fullness of her personhood), will falter as they succumb to their disordered attachment to the flesh above the spirit and their lack temperance (which is the parent-virtue of the virtue of chastity). These faltering men, literally manifesting demonic will, will nonetheless test the hearts of women, for their temporary use of the woman to satisfy their own desires will allow the devil to work hard and fast on the hearts of women, saying things like, “You are not good enough,” and “You will never be chosen for who you are.” The male’s choice to embody effeminacy – choosing pleasure above responsibility – will delay his transition to manhood and holy fatherliness. However, the woman of God who is striving to grow in the fullness of virtue and holiness will not succumb to the temptation to be chosen for the flesh for the sake of being chosen, for she knows wholeheartedly, or at least knows enough of the reality that she is first and foremost chosen by God. She dismisses the men who choose to reside within their own mind of escapist imagery and who reject their call to step out into the wild to become the man that God is calling them to be. In essence, a woman of God who is striving to grow in the fullness of virtue and holiness tacitly forces males to make the choice to be a man or to remain as a boy. That is a power that they wield, and a woman of God will responsibly wield this in a way that exerts no vengeance or resentment, but only holy desires for the building up of mankind. Thus, without becoming directly involved in the formation of the male, the woman who pursues the fullness of virtue and holiness can, can indirectly “bring” a man to step into his role as a man of God. Alongside necessary male mentorship, this can encourage a man to strive to take the necessary steps to become a more suitable spouse, and eventually a better husband, father, leader, protector, and lover – one who will cherish her and love her all the days of her life more profoundly than what he could ever have offered before. This lends itself to the creation of a domestic church family, and a safe, stable, God-centered, virtuous, holy, joyful, hopeful, and freeing environment through which male and female, unified as one through holy marriage, may strive to raise future saints. Further, while it is important to recognize that physical attractions is what typically precedes initial intimate connection, it is also important to recognize that spiritual intimacy can be enhanced every day of a couple’s life if they are both committed first and foremost to growing with each other first and foremost within the spiritual realm. That type of intimacy can transform the biological act of sex into the truest of lovemaking, where two become one, however, with and through and for Jesus Christ.

If men and women strove to first and foremost to love God more each day via the intentional pursuit of the fullness of virtue and holiness, there would be untold impact on this world. If a woman chooses to strive to enter into her womanhood through the lens of the Catholic faith, they will come to understand “What is a woman?” in a whole new way. In continuously surrendering to Christ, she will come to accept her “womanness” – or femininity – not with resentment but rather increasing joy, even if she finds herself trepidatious while exploring what might seem to her as new territory.

She will know that she is entering to the life that is in accordance with what God has authored, through which her God-authored temperament may work hand-in-hand with her developing personality as she goes about both the extraordinary and the ordinary in her life, while striving to glorify God.

Women, are you preparing to embody this?

Men, are you preparing yourself to be “man-of-God enough” for a woman like this?

If not, there is no better time to start than now.

In Reveal the Gift: Living the Feminine Genius, Lisa uncovers a transformational vision of a woman’s purpose, meaning, and gifts, which might not be exactly what you expect.

The Philosophy of Motherhood: Cultivating a Domestic Church

The Wonder of Woman

How to Be a Virtuous Woman