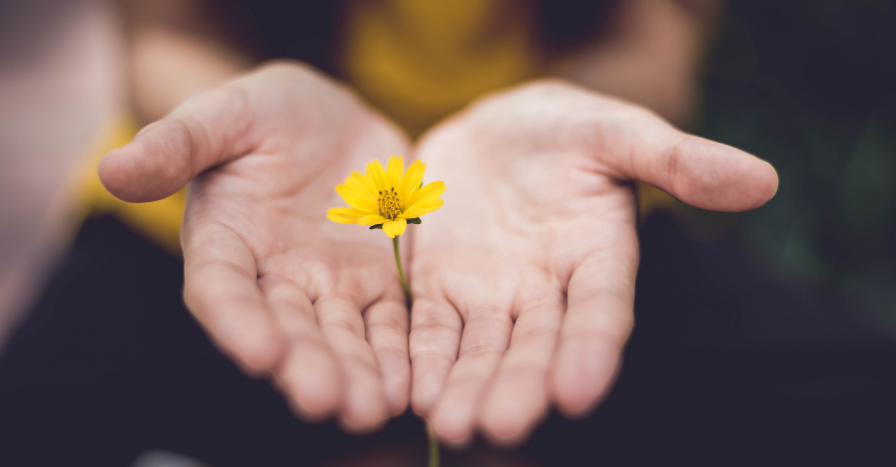 By the time I hit my knees in the Adoration chapel, I considered it a minor miracle that the anger coursing through my veins hadn’t yet decided to burst forth through my ears as steam, cartoon-style. How a seemingly-innocent comment had wound up causing a veritable family feud was anybody’s guess, and yet here I was, estranged from my only sibling over a misunderstanding that had gotten way out of hand.

The ‘they’ in question included not only the practical strangers who had forced a wedge between us, but also my brother and sister-in-law, whom I faulted for putting faith in the strangers’ account instead of my own.

It’s not fair, I thought. If they don’t know me by now…

I stayed there for a while, unburdening myself before God, and he listened calmly as he is apt to do. But it wasn’t long until I felt a familiar nudge on my heart, pushing me to move out of my wallowing and towards action, I knew all-too-well and yet resisted irritably.

Forgiveness?!? Oh, no, God. Not forgiveness! Not right away. How about you let me give them the silent treatment for just a little while longer?

God’s gentle voice firmly reminded me of Matthew 6:15: “But if you do not forgive men their trespasses, neither will your Father forgive your trespasses.” If I had been alone, a petulant sigh might have escaped my lips and I might have pointed an accusing finger at the monstrance.  Thankfully, the presence of other parishioners in the chapel forced me to keep a calm exterior. Fine, I shot back, pushing past my wounded pride, I’ll forgive them. But not for their sake. For yours.

I often wonder if St. Peter had felt the same way when he asked Jesus to set a limit on the amount of forgiveness Christians are obliged to offer their offenders. Whoever had been getting on his nerves must have been driving him to his wit’s end. And so he asked, “‘Lord, if my brother sins against me, how often must I forgive him? As many as seven times?’” (Matthew 18:21)

Seven perhaps seemed like a generous number, especially since it represents perfection in the Jewish culture, but Jesus rebuked Peter’s offering, showing his human generosity to fall short of the new divine ideal that Jesus had come to establish: “‘I say to you, not seven times but seventy-seven times.’” (Matthew 18:22)

In other words, for Christians, it doesn’t matter how many times someone offends us. We are always called to forgive them. We may need to set boundaries and establish consequences – the call to forgiveness doesn’t mean that we don’t call the police if someone steals our car, or allow someone to enter our home if they have abused us in the past. But even in those circumstances, we are called to forgive those who have wronged us, even as we take actions to ensure that justice is done on a human level.

Jesus knew that his teaching on forgiveness would be shocking to his beloved, easily-confused followers. Seeing their confusion, he shared with them with the Parable of the Unforgiving Servant, an allegory for our own profound sinfulness and guilt before God. The message is clear – if God has forgiven our own numerous sins, who are we to hold a grudge against our fellow man?

Why Should We Forgive?

Jesus does not insist on forgiveness simply to remind us of how indebted we are to God. Instead, Jesus is inviting us to see clearly how forgiveness is a participation in God’s own life-giving love, and how growing in the habit of forgiveness can help us grow in our spiritual lives. While we often start off forgiving with negative attitudes about it, if we persist in this spiritual practice, we will grow to forgive like Jesus himself. The martyrs who have forgiven their executioners are the prime examples of this incredible transformation promised to believers who persevere in following Jesus’ exacting command.

This spiritual progression is analogous to the spiritual growth most penitents experience over time through the sacrament of confession. The Church teaches that there are two types of contrition acceptable to merit a valid confession: imperfect contrition, and perfect contrition. Again, while the former is often our starting point, the latter is the spiritual goal, and during a long life of persevering in virtue, many saints have reached this prize.

The starting point, imperfect contrition, stems from a fear of receiving the punishment due to our sins. With imperfect contrition, we are sorry for our sins largely because we fear the pains of hell. While this is often the first step in a journey of forgiveness, and while it is sufficient to receive forgiveness and the grace of the sacrament (CCC 1453), it’s hardly a place to stop. Jesus wants us, rather, to keep practicing forgiveness until we can manifest perfect contrition – sorrow for our sins because they grieve Our Lord (CCC 1452). Both types of contrition “work” to yield the sacramental forgiveness of our sins.  And yet one is meant to build toward the other – we are not meant to stay forever in a state of spiritual childhood, afraid of an eternal “time out” in hell – we are meant to grow spiritually until we can tell the Lord that our heart is breaking in sorrow not simply because of the reality of eternal damnation, but because we have acted in selfishness and harmed Him who our souls love (Song of Solomon 3:4).

When we are able to repent with perfect contrition, it is our love for God that draws us deeper into the divine life and unites us to him, and it is this same love that causes us to feel pain at what pains him. If we repent from this frame of mind, we not only receive forgiveness and grace, we are also better disposed to yield to that grace and in turn to become more like Jesus in the future. Thus, when Jesus asks us to forgive, he is not belittling our wounds or forgetting our sufferings at the hands of others. He is inviting us to become more like him. Forgiveness is a divine work – it belongs to God to forgive sins. In establishing his Church, Jesus shared the power to forgive sins sacramentally with his priests, and individually to all believers. We have the responsibility as Christians to forgive those who have trespassed against us as a grace-filled sign to a broken world that forgiveness is real, and that reconciliation is possible. When we forgive, we are participating in the redeeming work of salvation! Instead of grumbling against this divine decree, then, we ought to praise God for the opportunity to further embody his work of salvation.

When seen in this light, it becomes clear that forgiveness is a preparation for heaven, a partaking in God’s divine life while still on earth. It shouldn’t surprise us, then, to find forgiveness difficult. It’s something that often takes time, and to which we must continually commit ourselves, especially when showing mercy flies in the face of our earthly, human sense of justice.

Gus Lloyd, a Catholic radio host, once shared a helpful prayer to recite when struggling to forgive someone: “I forgive him/her, Lord; forgive me.” This is a prayer I turn to often – it reminds me of the huge debt of sin that God has forgiven me, and encourages me, in turn, to choose to share his forgiveness with others. When we persevere in forgiveness – remembering to pass along the grace we have freely received – we give to others an experience of mercy, a taste of divinity.

It is because of this mercy that today, as I type, I can hear my brother and sister-in-law cooing to their newborn son across the hall. He babbles happily to them in response. The choice I made to forgive my family made it possible for me to meet this adorable little guy in the first place. And it’s why, despite its varied challenges, I know that forgiveness will always be non-negotiable for me: because it opens the door to love.

Forgiving from the Heart