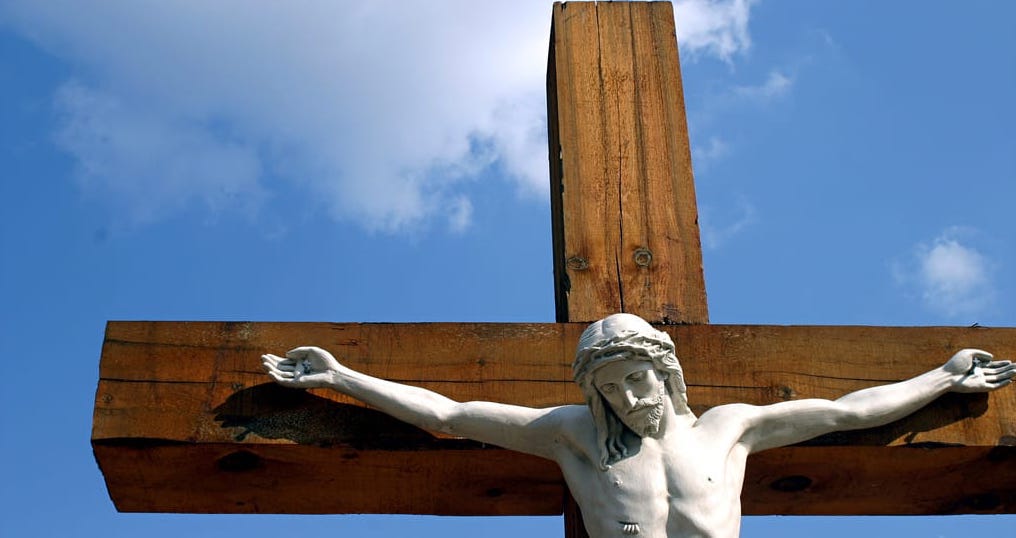 We are a privileged people. We are privileged in many ways, of course, but let’s examine a few ways in light of the Feast of the Exaltation of the Cross.

First, we are privileged because, like watching a movie again, or a re-run of a TV show, or re-reading a favorite book, when it comes to Christ’s crucifixion, we know how this story will end.

Next, we are privileged in being able to participate in the Mass every weekend and on most other days of the week. However, some people are not so fortunate. They do not have the opportunity to gather as a community and be strengthened by the Eucharist. This may be because of a lack of priests, or perhaps because of suppression by the local authorities. I’ll never forget the loneliness and sorrow I felt walking into the Cathedral in Shanghai, knowing that it was now an empty building. The Catholics in China must practice their faith underground. They are forbidden to worship in public due to government persecution.

We are privileged because Christ suffered and died for our sins. Now some folks tend to forget his suffering and focus only on an empty cross. While a cross is certainly a powerful sign of our salvation, we cannot forget the sacrifice made perfect by Christ in submitting to the Cross. We have a tendency to overlook the violent, gruesome details.

Jesus was betrayed, rejected by his closest friend, his “rock”, and most of the rest of his followers ran away—except John and the women. He was confronted by an angry mob, tied up and handed over to the local authorities out of jealousy because he associated with sinners and the outcasts, restoring their human dignity. He was handed over because he treated women as equals and taught that people were more important than the law. He was handed over, in short, because he was God.

He was scourged, every lash of the whip tearing out pieces of his flesh from his back. He was slapped, beaten, bullied, ridiculed, spat upon and forced to wear a crown of thorns. Though innocent, he suffered all these cruelties willingly, without defense Pilate attempted to free Jesus but the crowd, with their own agenda, demanded that he be killed, chanting over and over, “Crucify him!”  He was made to carry his own cross, uphill, to the place of execution. Once there, he was stripped naked to further degrade him.

We are privileged in that Christ promised those who follow him, and who keep the commandments, would have eternal life. But, he didn’t promise that our journey would be easy. We each have our own cross to bear. By his own example, Jesus suffered nearly every injury and indignity that we might experience in life. St. Paul in his letter to the Hebrews reminds us:

“For we do not have a high priest who is unable to sympathize with our weaknesses, but one who has similarly been tested in every way.”

The Foolishness of God

Christians throughout history are no different. Tradition holds that every one of the apostles, except John, were killed as they proclaimed the gospel. The early disciples were persecuted and many were also martyred. In the early twentieth century, priests in Mexico were hung and faced the firing squad just for being priests. Many died exclaiming, “Viva Christo Rey!”, or “Long live Christ the King.”

Even now, Christians in the Middle East and Africa are being driven from their homes and executed for their beliefs. Pope St. John Paul II showed us that suffering is a natural part of life as he battled Parkinson’s and other diseases in the last years of his life.

Despite his pain, St. John Paul reminded us to ‘be not afraid.’

There are, of course, many other lessons to remind us how privileged we are. But today we focus on the Cross. St. Paul reminds us that the world demands signs and wisdom but, for many, the Cross is a sign of foolishness and of weakness. (see 1 Corinthians 1:20-25)

Do What’s Right. Come What May.

Pilate sarcastically asks Jesus, “What is truth?” Yet the truth, Jesus Christ, is standing right before him. Society continues to seek the truth but ignores the one who is the way, the truth, and the life. Christ tells us to love one another but also to be bold in proclaiming the truth. He reminds us that, in order to be his disciples, we must each take up our own cross and follow him.

Hopefully, we’ll not be tested like the martyrs. However, we face a more subtle enemy. At times, our culture of death would have us believe that faith is relative and being politically correct is the truth. We are accused of being intolerant or hateful because of our beliefs. It is precisely then that we need to put on the armor of God through the Sign of the Cross, and go forth into spiritual warfare. Never be ashamed of the Cross (Tweet this).

St. Teresa of Calcutta reminds us:

Why We Have a Feast Day for the Cross

Who Do You Say that I Am?

Passion of John the Baptist

The Way of the Cross: Praying with the Psalms of Jesus [Book]

WYD Krakow 2016: An Experience of Mercy
The Men Behind the Young Karol Wojtyla
Why the Catechism Is Needed for Bible Study
3 Reasons Why Young People Don't Stay Catholic
Has Ascension's free media strengthened your faith?
You can now offer ongoing support for this content with a recurring gift.
Support Ascension