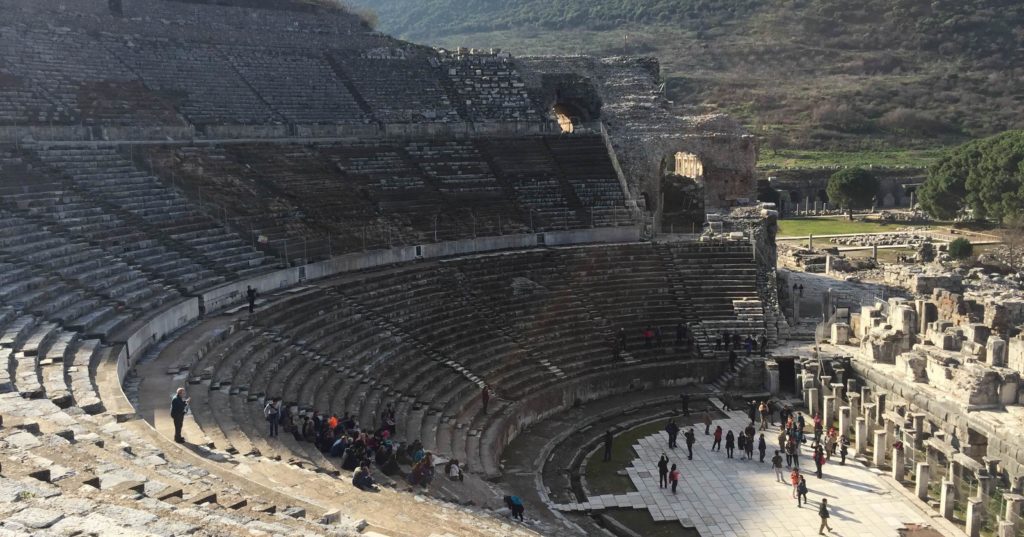 In one of the most famous passages in the New Testament, St. Paul outlines the spiritual armor every Christian must be clad in if we are to have victory in the spiritual life:

“Finally, be strong in the Lord and in the strength of his might. Put on the whole armor of God, that you may be able to stand against the wiles of the devil. For we are not contending against flesh and blood, but against the principalities, against the powers, against the world rulers of this present darkness, against the spiritual hosts of wickedness in the heavenly places. Therefore take the whole armor of God, that you may be able to withstand in the evil day, and having done all, to stand. Stand therefore, having girded your loins with truth, and having put on the breastplate of righteousness, and having shod your feet with the equipment of the gospel of peace; besides all these, taking the shield of faith, with which you can quench all the flaming darts of the evil one. And take the helmet of salvation, and the sword of the Spirit, which is the word of God. Pray at all times in the Spirit, with all prayer and supplication.”

His language here would have been especially significant to many Ephesian converts who were steeped in a culture of protective amulets, curses, and magic. New believers would leave behind these pagan counterfeits and instead clothe themselves in Christ and the true weapons of spiritual warfare.

Like a lot of Bible readers, I assumed St. Paul’s primary inspiration for the different parts of armor must have come from his observance of Roman soldiers (after all, he was likely in prison or under house arrest when he wrote this letter). However, some of the typical weapons of a first-century soldier (like the heavy javelin and leg armor) are conspicuously missing. Instead, I believe St. Paul turned primarily to his Jewish roots and the Old Testament.

In Isaiah we see God the Divine Warrior equipped for battle in the same armor St. Paul will propose. This is a great comfort to me, as we are engaged in a cosmic battle against immense spiritual forces of darkness. We are called to clothe ourselves in his armor if we hope to be more than conquerors (Romans 8:37).

The Armor of God and Isaiah

Let’s look at the first six pieces of armor and their ancient antecedents in Isaiah:

2. Put on the breastplate of righteousness – see Isaiah 59:17

When I became a Catholic I discovered another source of St. Paul’s imagery: the Wisdom of Solomon. In chapter 5, we see much of Isaiah’s armor again (Wisdom 5:17-20). I also learned, there were even specific prayers that our Catholic priests would say as they vested for Mass connecting their garments to the armor of God.

There is a seventh piece of armor to consider (which shouldn’t surprise us given the importance of the number seven in the Bible).  It’s in the final verse where St. Paul says, “Pray at all times in the Spirit, with all prayer and supplication” (Ephesians 6:18). We are engaged in an intense battle, and if we ever hope to stand (a term St. Paul will use four times in these verses), we have to spend significant time on our knees. I love how the Catechism puts it, “Against our dullness and laziness, the battle of prayer is that of humble, trusting, and persevering love” (CCC 2742).