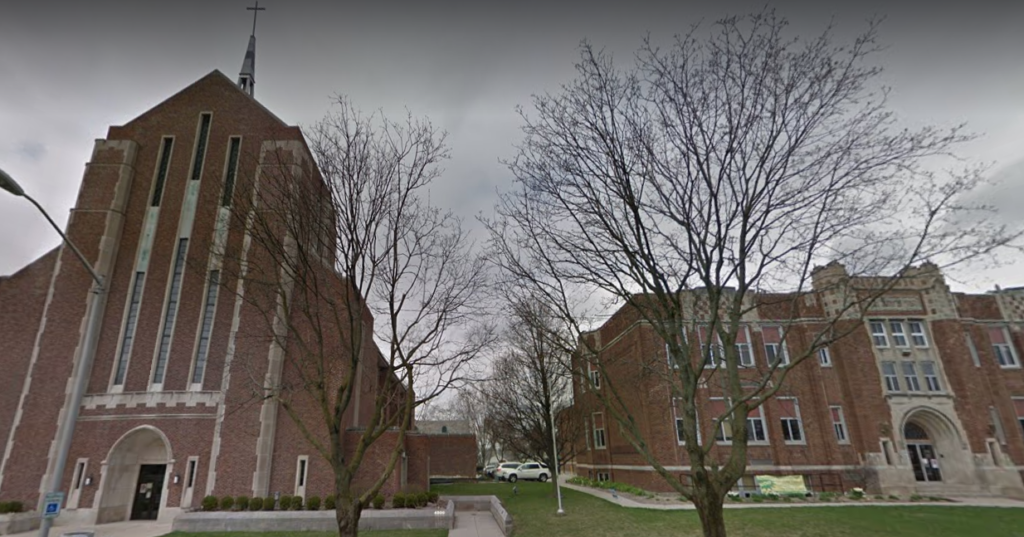 Fr. Andrew Budzinski, pastor of St. John the Baptist Parish and Vocation Director for the Diocese of Fort Wayne-South Bend, is using The 99: A New System for Evangelization to shepherd his parishioners into love for Jesus. Ascension interviewed him to get his take on the program’s effectiveness. Here is the interview:

I know you’re currently in the midst of using The 99 Masterclass at your parish, and have not yet run The 99 Experience, but tell me about what using the program has been like so far? How did you get started, and how are you hoping to use The 99 and a whole as you continue on?

I got my hands on it right away, because I love everything about Ascension. It’s just top quality, totally effective stuff.  I came to a parish that almost closed about five years ago. When I got there there was a lot of rebuilding to do both in the morale of the place, and also in the physical plan. It was literally raining in the church my first weekend. So my first five years were spent fixing those things up, and not being able to really focus on the mission of the gospel.

While I had that on my mind, The 99 came out, and I wanted to review it and really explore it because it was proposing to do something that we need to do in our parish, which is to ramp up the evangelization game. So I called upon sixteen or twenty people who are very active in the parish, who are on fire, and care about the gospel, and we’ve been getting together on Saturday mornings to go through The 99 Masterclass.

What are the people that are going through The 99 Masterclass with you saying about it? How are they engaging with the material?

I think the questions and the videos are just fantastic. They speak to realities that we know we’re dealing with as a culture and as a church. So it resonates and it seems like everybody’s got something to say with regard to the issues that are brought up. They’re important to them and they see that we should do something about this. So it’s a fantastic discussion starter.

We just got done with one where it prompts you to talk about the things going on in your culture, in your own neighborhood, that are obstacles to the gospel. It asks the the top three moral issues that people struggle with. So they’re very stimulating questions that our people have no hesitation to share about and discuss.

What was the reason you chose The 99? You already mentioned that you want to make evangelization a focus, but is there a problem that you’re looking to solve specifically with The 99 at your parish?

My parish, like many, has a core group of people that come to Mass every Sunday or most Sundays, and that might be the extent of their faith life. My parish also has a very tight-knit community.  I would say eighty percent of my parishioners live within a mile and a half of the church itself. It’s situated in this very particular neighborhood, and they’ve all grown up together for generations and they all want to stay here. So there’s a lot of institutional love for the parish institution and the school itself, but if you were to ask them about their love of Jesus Christ and his Church you would probably be met with blank stares. I don’t think they’ve been shepherded into how to have a living relationship with Jesus Christ.

So I’m hoping that The 99 can be a tool where people can come to understand that there’s a God who loves them, wants a relationship with them, and that relationship is the most important thing in their lives. We want them to get a taste of it, and become hungry for it so they feast on it day after day.

I know you’ve probably heard this a million times from various pastors, but we’re just so busy with the day-to-day. We’re responding to every individual thing that comes across our desk, and we’re just in triage mode all the time.  We don’t have a lot of time to dream and come up with a big plan, so The 99 offers a solution to that.

How are you seeing The 99 working as that solution so far?

So far I love the fact that it’s feeding people ideas that maybe they had a clue about, but takes them a little bit deeper. For example, there was something we saw just this past Saturday. It was an exercise of listening to other people. That was something we really struggled with, because everyone wants to talk, and they think listening to someone means responding immediately to whatever they have to say. They really struggled to just sit there and listen.

People would say they just wanted to have a “normal conversation” of talking back and forth. I said, “Yeah, I get it, but you have to understand who we’re talking about here is not necessarily your friend that you talk to on a regular basis. We’re talking about people who for whatever reason have given us the opportunity to listen to them because they’re on the fringe, and maybe taking a step closer to Christ. So it’s an evangelization opportunity that really requires some intentional listening.” That really opened their eyes.

Have you heard any feedback from those who are going through The 99 Masterclass with you so far?

I invited these people to come to an informational meeting, and I gave them a blind introduction to the first couple of videos. Practically everyone in the room said,  “Yes, we want to do this!” There was instant enthusiasm in the room.

There was one person though, she questioned if it was really going to be deep enough for her, or if it was just going to be, perhaps you could say, watered down, or too introductory level. I said, “Well I don’t know, but the purpose is not just how this is going to feed us, but I asked you guys to come because you are mature in the Faith, and I want us to look at this together to see how this could potentially feed others.”

Since we’ve gotten into it she has found it to be very deep. Especially the things we’ve been working on most recently about identifying where your mission field is: what’s the cultural situation and what are the issues that people really struggle with?

So they’re totally on board with it now. The response has been very enthusiastic. They are very engaged and it’s been a great experience.

Are there any challenges that you’ve encountered? Is there anything that’s not working the way you hoped it would or expected it to?

There is a table in The 99 Masterclass Guide that suggested a variety of possible timelines for doing the masterclass. It seems like, for us, that each session is taking longer than that table suggested. For example, we thought we were going to get it done in about twelve hours from start to finish between the six chapters, now maybe if we pressed and had a timekeeper and kept the thing moving along a little quicker we could do that.

We’ve found it takes us an hour just to get through a segment, and so we’ve been spending three hours on each chapter. Now our people love to talk about this material, but they’re really staying on track and not going on too many tangents. It just still seems like it’s taking us longer than we had planned.

One other thing that would be good for other parishes to consider, would be to have a small leadership team read everything ahead of time because The Masterclass Guide has a lot of activities that are designed for deliberate parish planning that I wasn’t really prepared for. I invited lay leaders in the parish who are not on staff to walk through it with me, but it would be good to have staff do it as well. It is really talking about a lot of staff-related things like identifying all your parish ministries and planning how they can be pointed toward evangelization. At the same time, it’s empowering more of the laypeople who are non-staff in my parish to take ownership of what we do in the parish as well.

Thank you for your feedback, Fr. Andrew.

How Mater Dei Parish in Sioux City Implements The 99 Mission

Natural Happiness: A Philosophical Approach to Evangelization [Every Knee Shall Bow Podcast]

Matt Pirrall is a filmmaker and photographer based in West Chester, Pennsylvania and has been producing video series for Ascension since 2015. The programs he has produced include The 99, the Rejoice series, The Ascension Lenten Companion, Joy-Filled Marriage, and numerous videos for Ascension Presents. Matt is passionate about sharing the truth through the lens of beauty, and has been blessed to be able to collaborate with many gifted people in that pursuit.