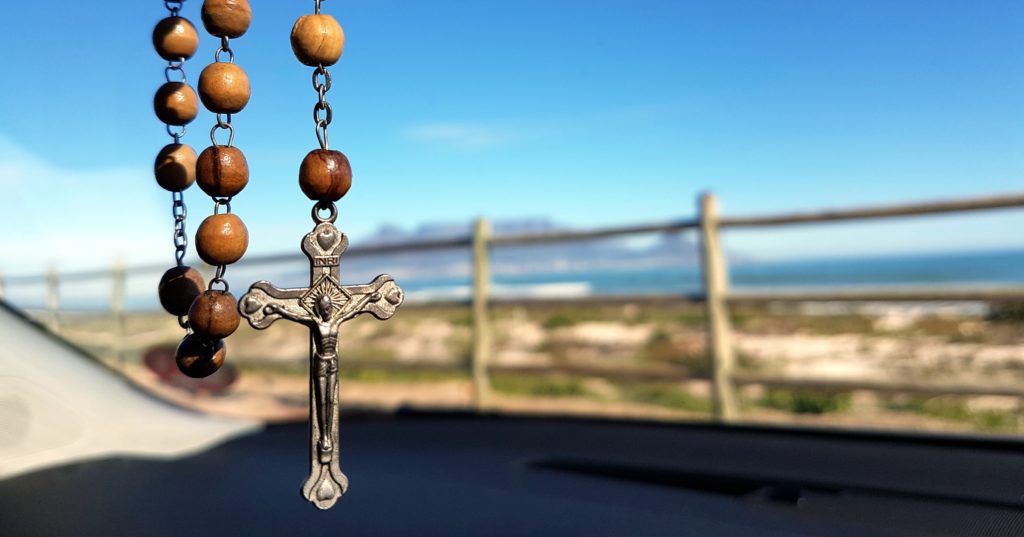 I grew up in a loving Protestant family. My dad was a pastor, first as a Baptist, later as a Presbyterian. He preached at a Presbyterian church in Kearney, Nebraska for about eighteen years. He resigned from his pastorate in 2009. Then wee sold our house and moved to Minnesota.

This was hard for me. I knew that if my parents became Catholic, this would likely hurt our relationships with Protestant friends and family members. My parents invited me to take the journey. I agreed, but I was still very hesitant.

We started attending a large Catholic parish, and joined a RCIA class filled with other people curious about the Faith. It was good for us because we received helpful instruction and met solid Catholics.

My parents and I officially became Catholic at the Easter Vigil in 2012. Sadly, for several years I was spiritually lukewarm. But God in his love, reached me in a special way. In 2018, I discovered the Divine Mercy chaplet. I read St. Faustina’s diary and learned to pray the chaplet. A spiritual hunger grew in my soul. I became more fervent in my faith. I longed as never before for the Eucharist, Adoration, and confession.

I also came to realize the importance of the Rosary. Praying the Rosary has strengthened my Catholic walk. I now have a much more tender heart for Christ, his mother and his Church. I know the Catholic Church is the truth, despite the current troubles, and I want to remain in it. I want to be like a little lamb faithfully trotting by Jesus.

I’m thankful that God blessed me to become part of the Catholic Church. Often I like to imagine the saints and the Blessed Mother cheering for us in heaven. I look at Mary as she looks at me. Blessed Mother, keep praying for your spiritual daughter as she continues her journey in the Catholic Faith.

The Ultimate Guide to Marian Apparitions

From Agnosticism to Catholicism: My Conversion Story (Part One) [Matt Fradd Video]

Why Do I Need a Church? [Dr. Edward Sri Podcast]